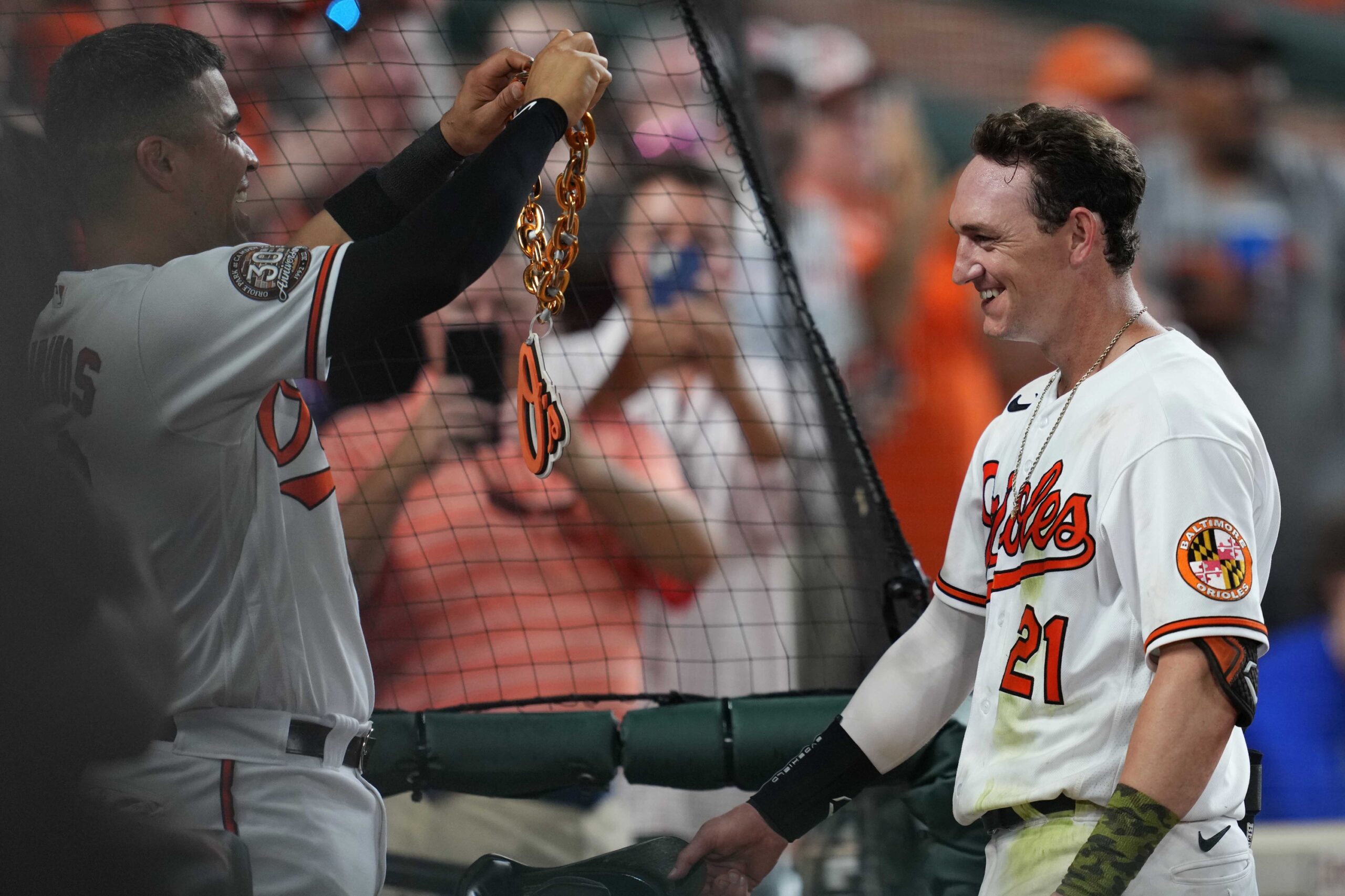 BALTIMORE—The Orioles began the final third of their surprising 2022 season on Monday night against the Toronto Blue Jays, the opponent that might decide their season.

The Orioles and Blue Jays meet 15 times between now and October 5th, the final day of the regular season, and if the Orioles want to make the postseason for the first time since 2016, they’ll need to play well against Toronto.

In the first of a three-game series,  they hit four home runs and got another clutch relief outing from Félix Bautista in a 7-4 win over the Blue Jays before an announced crowd of 12,671 at Oriole Park.

“I don’t know if it was a statement, but we swung the bats pretty well,” manager Brandon Hyde said. “I feel like it’s been a little bit since we had a game like that offensively.”

Ramón Urias gave the Orioles a 3-0 lead in the first inning with his 12th home run of the year. Adley Rutschman and Anthony Santander, who walked, scored ahead of him.

Santander hit his 20th home run with two outs in the third and Ryan Mountcastle followed with his 15th, his first since July 3rd and first at home since June 5th.

“That’s definitely a positive for us is to get Mounty going,” Hyde said.

Mountcastle has 13 home runs against Toronto in 30 games.

It was the Orioles’ ninth set of back-to-back home runs. Mountcastle has been involved in six.

Lyles allowed a home run to Matt Chapman with one out in the sixth and came out of the game after Danny Jansen walked with two outs.

In 5 2/3 innings, Lyles (9-8) allowed two runs on eight hits. Until his start on July 23rd against the Yankees, Lyles hadn’t given up a home run at Oriole Park. He’s now allowed three but won his third straight game.

“We obviously know how good and talented they are, one of the better offenses in baseball,” Lyles said. “We know we’re getting into a good stretch with quality opponents. We’ve been playing ball well, just another series, another Monday night. Going to try to come out and win the series against a really good team.”

Austin Hays, who had missed the last four games because of a sore left oblique muscle, hit his first home run since July 17th in the sixth. It was Hays’ 13th.

“The closer we get to the end of the year, every game matters a little bit more,” Hays said. “It’s felt that way the last couple of months. When we realized that we had our first winning month and we did it again the next month, we could see where this team was. We’re going out expecting to win every game. We’ve been in this mindset the last couple of months, and we’re continuing to play good baseball.”

Oriole reliever Cionel Pérez struck out Biggio to end the sixth, and Dillon Tate followed with a perfect seventh. But after Tate retired Teoscar Hernández on grounder to second, Bo Bichette and Chapman singled. Raimel Tapia singled against Joey Krehbiel to score Bichette, and Chapman took third. He scored on Jansen’s sacrifice fly.

After Krehbiel walked Biggio, Hyde called for his closer, Bautista, who threw one pitch to Whit Merrifield. He grounded to shortstop Jorge Mateo to end the eighth.

The Orioles added on to their two-run lead in the eighth as Rutschman led off with a walk and moved to third on a single by Santander. Mountcastle singled to score Rutschman for a 7-4 lead.

Vladimir Guerrero Jr., who extended his hitting streak to 19 games, longest in the American League this season, with a fifth-inning single, reached on an error by Mateo to start the ninth. Alejandro Kirk singled, and Bautista struck out Hernández and Bichette grounded into a 4-6-3 double play to end the game.

“It got a little dicey there in the ninth, but we turned a great double play,” said. Hyde, citing the ability of second baseman Rougned Odor to turn a double play and the difference it has made in the Orioles’ defense this season.

“I was definitely going to give him the opportunity,” Hyde said. “That was my first thought, see if he can do it. He’s going to continue to get opportunities. I love his stuff and his makeup …. 101 [mph] is tough to hit, and he’s got a good split-[finger fastball], and we’ll take our chances.”