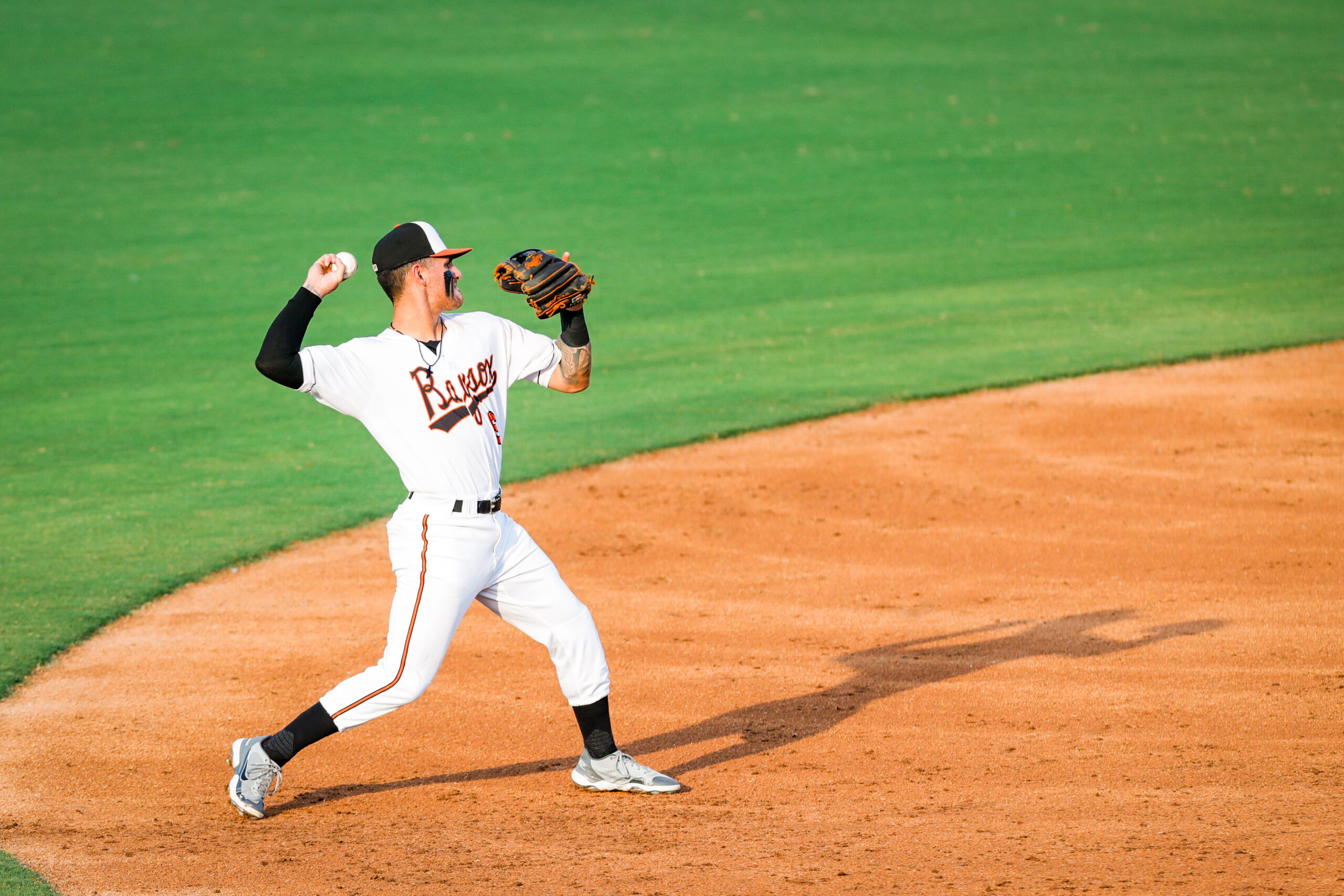 Double-A Bowie infielder Joey Ortiz thinks something special is brewing throughout the Orioles’ organization. He’s doing his part to ensure the franchise is built for long-term success.

Ortiz was ranked as the Orioles’ No. 15 prospect entering the 2022 season according to MLB Pipeline, and No. 16 per Baseball America.

He has already played more games this season than in 2021, when he missed time because of a torn labrum in his left shoulder he suffered in late June.

“I really want to let everyone know that the Orioles’ organization is going to be something to be reckoned with,” Ortiz said. “You can already see it in the big leagues and they are playing really well. Throughout the minor leagues, I feel like we are playing really well. I just want the Orioles fans to understand a lot of us are putting the work in. We want to be the best players we can be. Hopefully, in the near future, everyone will be able to see that.”

Ortiz was selected by the Orioles in the fourth round of the 2019 draft. He was the highest-drafted player in the history of the New Mexico State baseball program.

Last season, Ortiz appeared in 35 games between High-A Aberdeen and  Bowie before being placed on the injured list and missing the remainder of the season because of the shoulder injury. He slashed .265/.353/.449 (36-for-136) with 15 extra-base hits and 17 RBIs.

“This is my first full season, and I am kind of playing a lot right now,” Ortiz said. “It’s a grind, but I’m having fun doing it so it’s not really a big deal. As far as the whole season has been going, I’ve just been putting the work in.

“I know at least recently I’ve been playing a lot better and I attribute that to putting the work in early in the season and this is the fruit of that labor.”

The next stop for Ortiz could be Triple-A Norfolk, which has top prospect Jordan Westburg playing second base. Ortiz’s focus, though, is on playing consistently every day for the Baysox.

“I’m always prepared to move up to the next level,” Ortiz said. “I always think about the things that are going to make me better. If that happens, it happens, and if not, then I’m just going to keep playing as hard as I can in Double-A.”

The Orioles have become a close group throughout the organization. There’s chemistry from the major league clubhouse all the way down to the team competing in the Florida Complex League.

“It’s great,” Ortiz said. “We are a tight-knit group. I feel like it definitely helps when a lot of the guys come from college or things like that. We all understand the work that needs to be put into play well.”

The competition among the Orioles’ minor leaguers has gotten fierce. There are going to be heated battles to make the major league club.

“I don’t really think about me competing against anyone,” Ortiz said. “I’m competing against myself. God is going to take care of my work and my plan. That’s all I worry about. Each year, I put my work in and try to get better every day and let God do the rest.”

Stowers comes through: Outfielder Kyle Stowers led a dramatic comeback for Triple-A Norfolk in a 2-1 victory against the Nashville Sounds on Saturday. Down by a run in the ninth inning, Gunnar Henderson singled to right field, but Nashville outfielder Joey Wiemer threw out pinch-runner Cadyn Grenier for the second out. Jordan Westburg walked, and Stowers hit the first pitch to deep right-center, just out of the reach of Garrett Mitchell, for a game-ending two-run double.  It was the first time in 103 games that Nashville lost a game when leading after eight innings, falling to 57-1 in those situations.

Bowie rolls: Double-A Bowie thumped the Harrisburg Senators, 18-1, on Sunday. Second baseman Connor Norby went 3-for-4 with his eighth homer for the Baysox. Rightfielder Colton Cowser,  the fifth overall pick last year, had four hits to raise his average to .355 with 25 RBIs. Designated hitter Toby Welk had three RBIs. Ryan Watson picked up the win and is 7-5 with a 3.45 ERA.