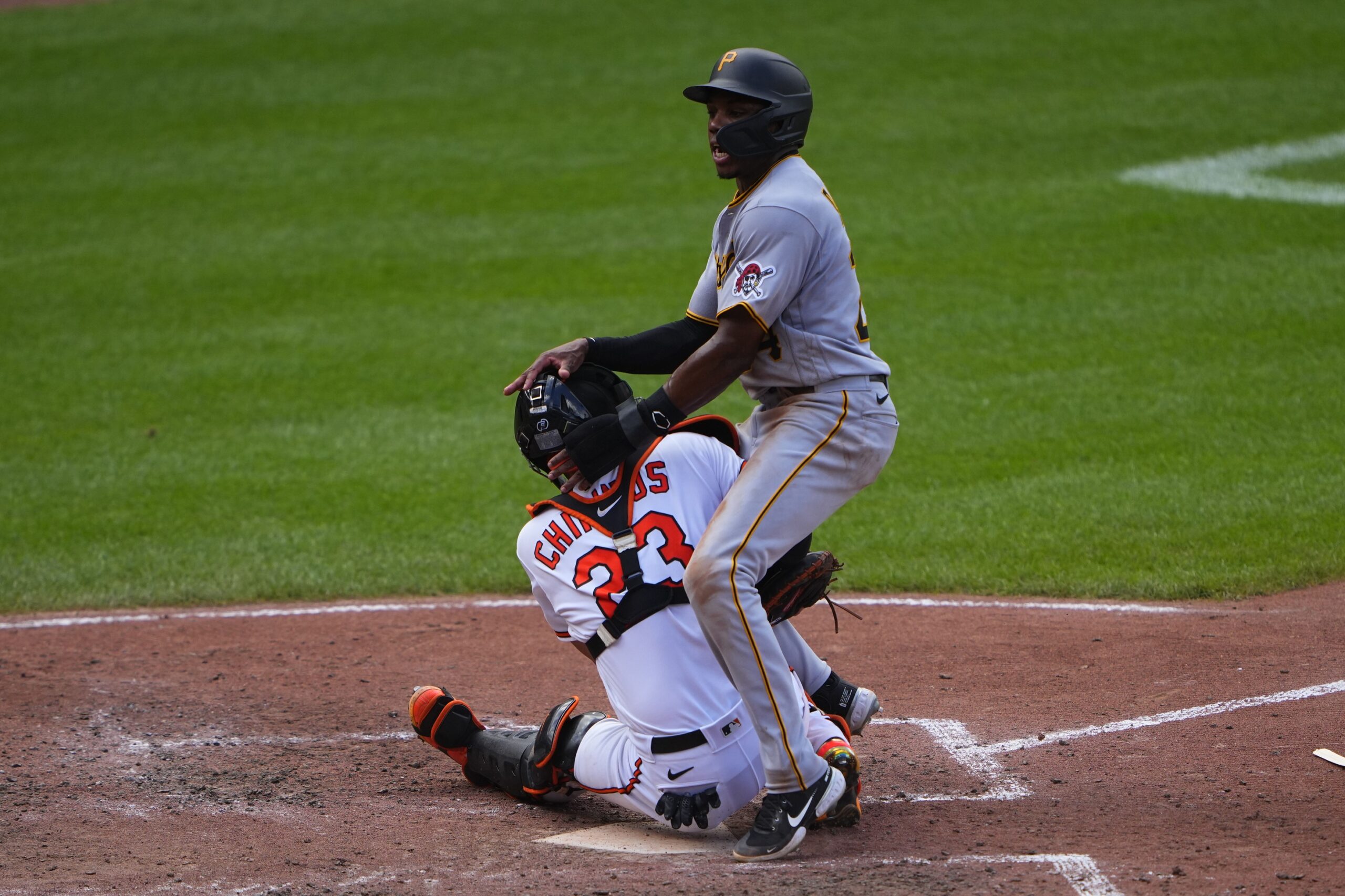 BALTIMORE—Oriole starting pitcher Spenser Watkins retired the first 13 Pittsburgh Pirates before things rapidly deteriorated. He allowed four straight singles, which led to three runs and, after he left, a controversial call at home plate led to four more as the Orioles’ five-game winning streak ended with an 8-1 loss to Pittsburgh before an announced crowd of 16,714 at Camden Yards on Sunday.

The seven-run loss was the Orioles’ worst since an 11-1 defeat on June 13th at Toronto.

The Orioles (56-52) were trailing 4-1 in the sixth when Kevin Newman singled to left for Pittsburgh (44-64) with two outs. Greg Allen, who had been on second, tried to score and was called out. Pirates manager Derek Shelton called for a review, arguing that Robinson Chirinos had blocked the plate.

“I thought that Chirinos was in a good spot when [Jorge] Mateo got the ball and threw it in,” said Hyde, a former catcher. “Looking at the replay, too, it felt like his right foot was on the line, or on the foul side of the line, giving the runner a clear lane. The ball beat him. The throw from the left-field line takes him into the plate. I’m not sure what a catcher is supposed to do at that point. I guess it’s the backhand. I don’t agree with any of it. I don’t agree with the call.

“This is common sense. This was a common-sense play. The throw was from the left-field line, and it beats him by 7 feet. I don’t know what as a catcher you’re supposed to do. It felt like Robby was lined up correctly when Mateo released the ball. The throw took Robby into the plate, square in the middle of the plate, and then Robby held his ground. The runner didn’t slide. He never touched the plate.”

Hyde knew that he couldn’t argue the replay, but thought he was ejected prematurely.

“I was not going out for an explanation,” he said. “I know you can’t argue that, even though I didn’t agree with it. I wanted to see if I could appeal if he touched the plate or not and get a rules check. They threw me out because they thought I was coming out to argue, which was not the case.”

Chirinos also disagreed with the call.

“Looking at the replay, I know I started on the inside,” he said. “The rule doesn’t say where you have to start. You only have to give him some place to slide, and I think I did. You can see the inside part of the plate was open and when Mateo threw the ball, I took the plate away because the ball was right on top of the plate. I don’t know what they want me to do right there.”

Major League Baseball issued a statement on the play:

“After reviewing all relevant angles, the Replay Official definitively determined that the catcher was in violation of the Home Plate Collision Rule. The catcher’s initial setup completely in foul territory was illegal and he maintained that position without possession of the ball.”

The Pirates added three runs after the call was overturned. Bryan Reynolds had an RBI single and Ke’Bryan Hayes’ sixth home run extended the Pirates lead to 8-1. Reliever Keegan Akin was charged with three runs in 2/3 innings.

“That was the third out right there,” Chirinos said. “They scored four runs after that play.”

Watkins’ day was a strange one, too.

Michael Chavis singled with one out in the fifth. Bligh Madris, Allen and Cal Mitchell followed with singles, with Chavis and Madris scoring. Allen took third on a wild pitch by Watkins and scored on an infield out by José Godoy to give the Pirates a 3-1 lead.

“I’ll chalk that inning into being another day in the game,” Watkins said. “Unfortunately that stuff happens.”

The first six Orioles batters didn’t reach against Pirate starter Bryse Wilson (2-6). Mateo led off the third with a home run to left, his 11th.

Designated hitter Adley Rutschman singled to start the fourth, and Mateo singled with one out in the fifth, but he was thrown out attempting to steal for just the fifth time in 31 attempts.

Watkins (4-2) was removed after 5 1/3 innings. Reynolds, who walked to lead off the sixth, stole second and scored on a single by Chavis. He allowed four runs on four hits.

The Orioles had just four hits, none after a leadoff single by Chirinos in the sixth. Pirate relievers pitched four hitless innings.

“We need to swing the bat a little bit better than that,” Hyde said.

Notes: Rougned Odor played third base for the first time as an Oriole, with Terrin Vavra getting his first start at second. Odor played six innings before moving to second. Hyde started the game with six left-handed batters. Hyde lauded Odor’s attitude. “Very professional, wants to do anything he can to help the team,” Hyde said. “He’s been a team guy since he got here. It’s not his most natural position, but we want to see his bat in there.”

Outfielder Austin Hays missed his fourth straight game because of a sore left oblique muscle. “Feeling better today. Getting a little better every day,” Hyde said. “Taking more swings in the cage, doing some stuff outside … Hopefully in the next day or two he’ll be in the lineup.”

Santander could play some first base in the coming days. “I think it’s possible down the road,” Hyde said. “I think the more positions you can play for your own personal career, the better it is. For Tony to be able to play first base, I think that’s something he can personally do down the road. It’s very natural. He did it in the minor leagues … It’s not something that’s brand new to him. It’s a little bit of a refresher right now, but we’d like to keep that as an option.”

Designated hitter Coby Mayo drove in four runs in High-A Aberdeen’s 11-6 loss to Wilmington. Mayo, who is rehabbing a back injury, hit a two-run homer.