Breaking down the Orioles' road to the playoffs; Mancini and López will be missed - BaltimoreBaseball.com 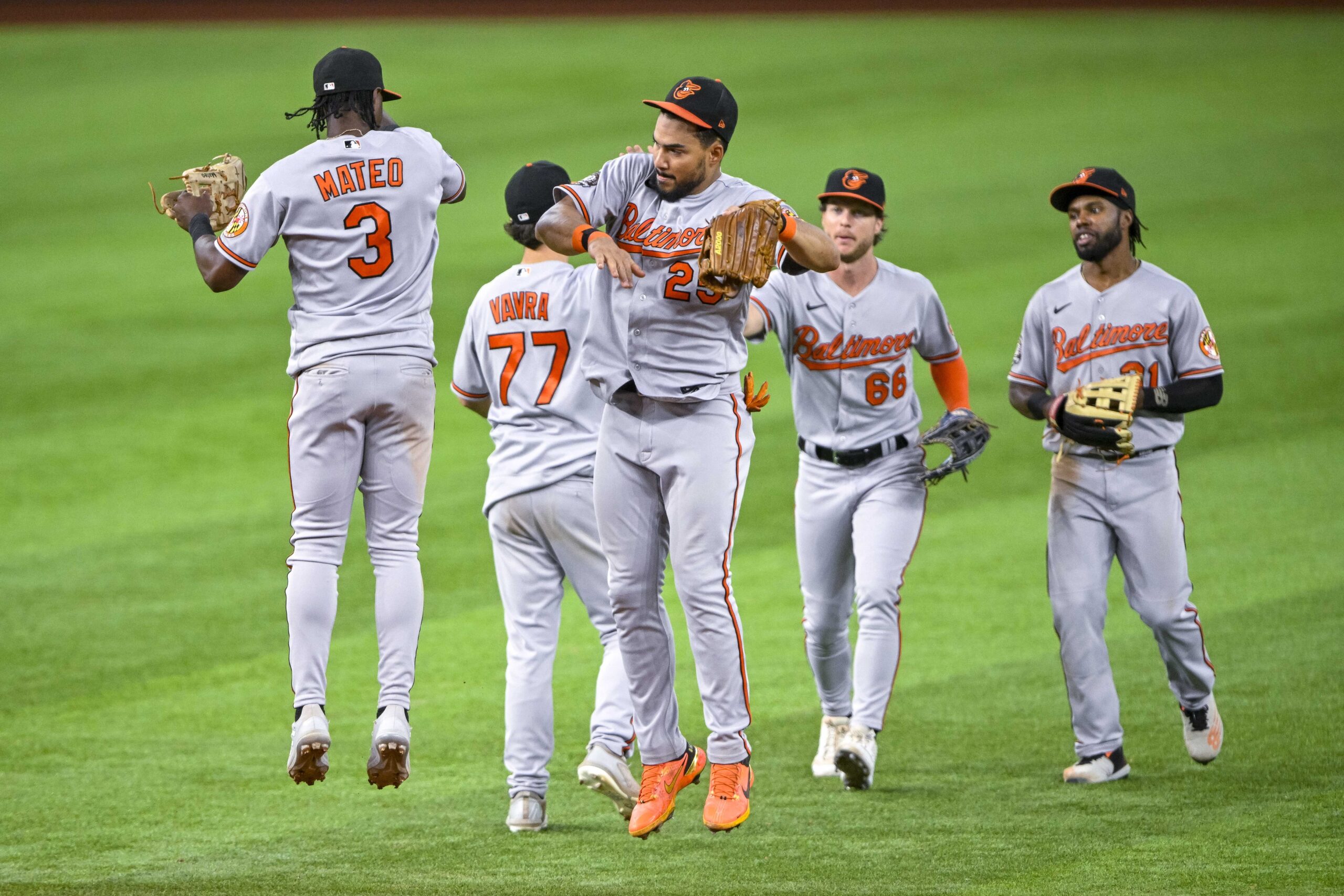 After the Orioles’ three-game sweep of the Texas Rangers, their road to the postseason doesn’t seem as daunting as it did a few weeks ago.

Their 54-51 record puts them within 1 ½ games of the Tampa Bay Rays for the third and final wild-card spot. Only Cleveland (54-50) stands between the Orioles and the Rays.

The Orioles will play the Blue Jays 15 times in the final 57 games.

During that time, they’ve beaten the Rays five of nine times. They have only three more games with Tampa Bay remaining, at Tropicana Field, August 12th-14th.

The Orioles have lost 11 of 16 to the New York Yankees, but have just three games remaining with them, September 30th-October 2nd.

Other than the Mariners, the Orioles play each of the other teams in the wild-card hunt with 11 against the Red Sox, three at Cleveland (August 30th-September 1st) and three against the White Sox (August 23rd-25th).

They also have seven games remaining against Trey Mancini and the AL West leaders, the Houston Astros, three in Houston (August 26th-28th) and four at home (September 22nd-25th).

There are also 12 games against teams outside the playoff contention — Pittsburgh, Chicago Cubs, Washington and Detroit. The Orioles play three games against the Pirates this weekend at Camden Yards.

Though the Orioles haven’t had much success against the Yankees, they’ve made progress against them, and a year after losing 18 of 19 to the Rays, a series win at Tropicana Field later this month would give them a season series win over Tampa Bay.

Mancini, López departures: The trades of Mancini and All-Star closer Jorge López were disturbing for fans who wanted the team that got to August with a .500 record to be kept intact.

Neither trade was unexpected. Mancini went to a team that’s headed for postseason play and has reached the World Series three times during his major league career (2017, 2019 and 2021). But it would have been fun to see Mancini try to nudge the Orioles into the postseason for the first time since 2016. On Wednesday, he hit a home run in his first start with the Astros.

While executive vice president/general manager Mike Elias praised Mancini and indicated the Orioles would like to have him return as a free agent, it seems unlikely. The Orioles have outfielders they’d like to see play — Yusniel Diaz and Kyle Stowers, with Colton Cowser and Heston Kjerstad on the way.

Ryan Mountcastle has first base locked down, and Adley Rutschman often starts at designated hitter on days he doesn’t catch. Some of the extra outfielders could be plugged in at DH.

That doesn’t mean Mancini won’t be missed, especially in the clubhouse. He was always available to speak for and encourage his teammates after a tough loss, and to serve as a mentor for players going through difficult times on the field or at home.

His comeback from colon cancer surgery served as an example of overcoming adversity, but Mancini had another attribute. Before and after the surgery, he was always polite and helpful to those covering the Orioles. Even the worst question got a civil and thoughtful response.

When Adam Jones left the Orioles after the 2018 season, it Mancini become the spokesman. Now it could be Austin Hays or Cedric Mullins. In the future, it could be Adley Rutschman, but he’s just in his third month as a major leaguer.

López was another who exhibited character on and off the field. His devotion to his 9-year-old son Mikael, who has fought autoimmune disorders since birth, was a source of pride in the Orioles’ clubhouse. He’ll fit in well with the Minnesota Twins, and picked up his first save for them, and 20th of the season, on Wednesday.

An argument could be made that López was the team’s most valuable player in the first 100 games, but Elias knows that relief pitchers often are inconsistent.

López has a $1.5 million salary and his final two years of arbitration eligibility are likely to be costly. The Orioles have a logical successor in Félix Bautista, who’s just a rookie.

During the club’s last successful run, Elias’ predecessor Dan Duquette traded Jim Johnson, who saved 101 games in the previous two seasons, to Oakland in December 2013 as a salary dump. The move was not popular.

While the Orioles had no obvious successor for Johnson on hand, Zack Britton assumed the role and was even better. Johnson bounced to five different teams in the final five seasons of his career and never approached his previous heights.

Notes: Minor league right-handers Zach Peek and Seth Johnson had Tommy John surgery on Wednesday. Peek, who was with Bowie, was obtained from the Los Angeles Angels in the December 2019 trade for starter Dylan Bundy. Johnson was one of two pitchers obtained in the trade for Mancini trade. … Recently signed draft choices shortstop Adam Crampton, outfielder Jud Fabian and catcher Adam Retzbach made their professional debuts for the Florida Complex League Orioles. They were hitless in a combined five at-bats. Catcher Silas Ardoin, undrafted free-agent infielder Max Costes and outfielder Dylan Beavers are scheduled to play five innings on Thursday. … Elias told reporters in Arlington, Texas he wasn’t sure when overall No. 1 pick Jackson Holliday would play his first game.