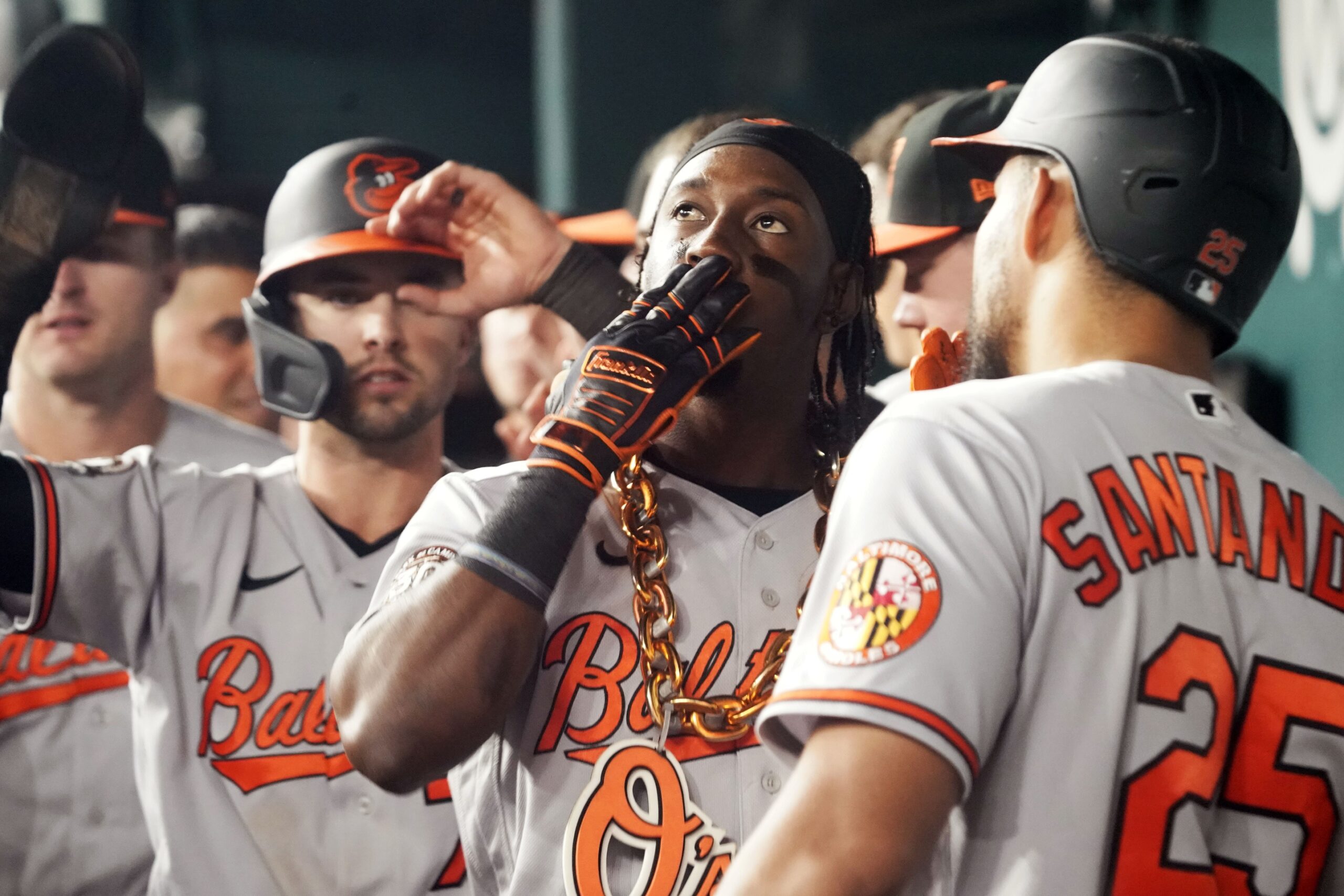 The Oriole made several moves at the trade deadline that are sure to impact the rest of the season.

None of that proved to be a distraction as Jorge Mateo hit two home runs, Jordan Lyles pitched into the seventh inning and the Orioles kept rolling with an 8-2 victory over the Texas Rangers on Tuesday night.

The Orioles (53-51) have won 18 of their last 25 games and they are within 1 1/2 games of the final wild-card playoff berth. They’ll also try to complete the second three-game sweep of the Rangers this season on Wednesday afternoon.

“Losing those two guys was difficult, unfortunately,” Mateo told reporters in Arlington through a translator. “All we can do is continue to look ahead, stay focused with the plan, and stay focused within ourselves and doing what we can do. Lyles put forth a really great effort tonight and thankfully we were able to get the win.”

Despite the moves, the Orioles continued to produce positive results.

Lyles (8-8) pitched against his former team for the first time this season. He allowed one run and seven hits with seven strikeouts and one walk in 6 1/3 innings. He has pitched at least five innings in 19 of his 22 starts.

Manager Brandon Hyde is grateful Lyles was not part of a trade package.

“He’s been the one guy all year long that has just been an anchor in our rotation,” Hyde told reporters. “He just knows how to pitch. He’s been huge for us and I’m glad we kept him.”

Rangers starter Spencer Howard (2-3) struggled with his command after two flawless innings, and the Orioles scored five times in the third. Mateo hit a three-run homer into the left-field bleachers. Two batters later, Rutschman hit an RBI double and Ryan Mountcastle followed with a sacrifice fly.

Rutschman and Anthony Santander led off the fifth with back-to-back doubles that increased the lead to 6-0 and ended Howard’s night.

The Rangers pulled to within 6-1 in the fifth on a two-out, run-scoring single by Marcus Semien.

Mateo hit his second home run of the game — a two-run shot — in the ninth. He finished with five RBIs.

Dillon Tate, the fourth overall pick by the Rangers in 2015, replaced Lyles in the seventh and stranded two runners by getting the final two outs.

Nick Vespi threw two innings and allowed a ninth-inning homer to Meibrys Viloria before being replaced by Félix Bautista with two outs.

Bautista, who broke Rutschman’s glove on a warmup pitch, struck out Leody Taveras to end the game.

“I think they are rallying around each other a little bit,” Hyde said. “It’s been a tough couple of days and we’ve talked a little bit as a team. Our energy level stayed really high in the dugout. It’s a really great atmosphere and we’ve played great the last couple of days.”