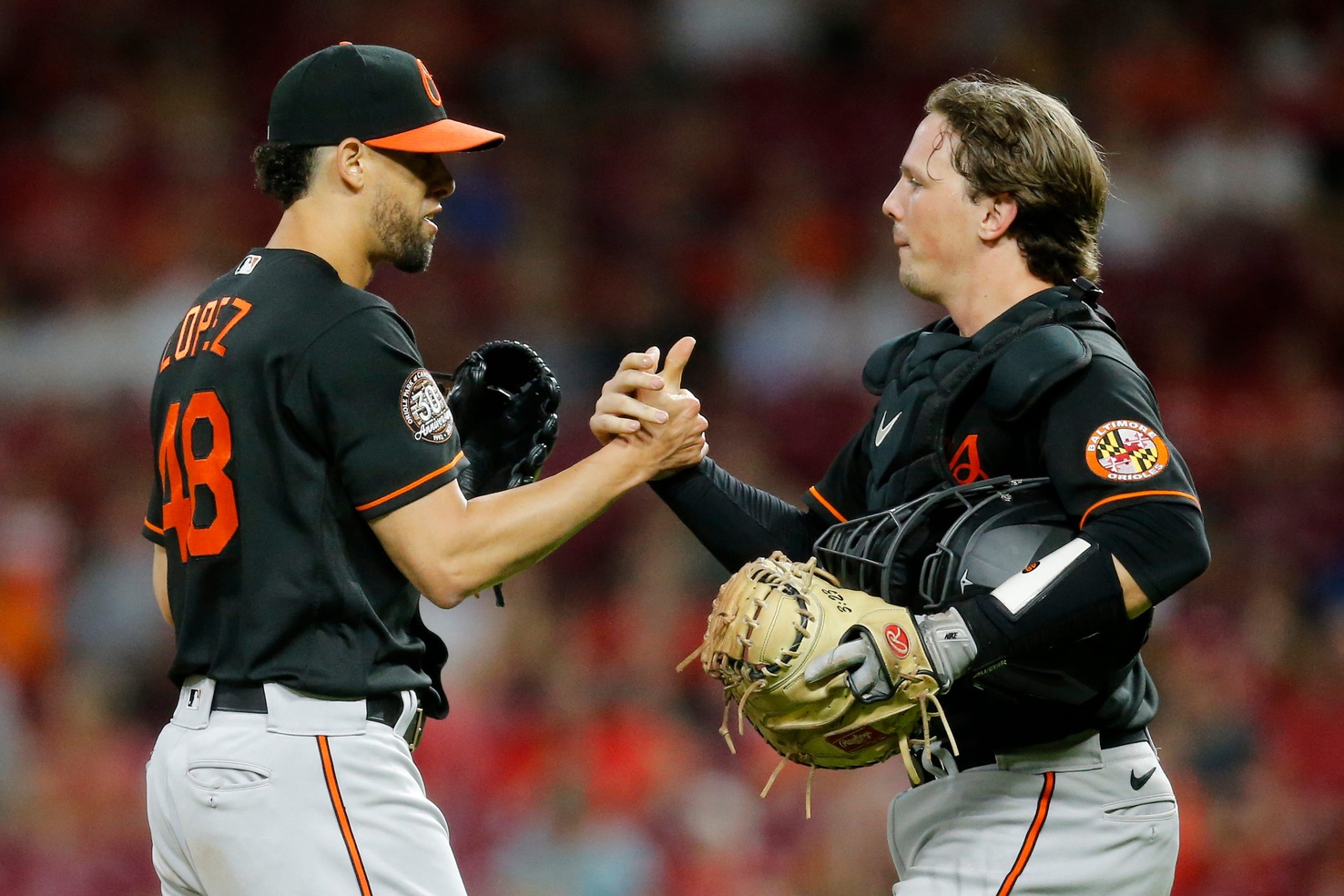 It’s a familiar script for the Orioles. Fall behind early, stage a comeback and then let the bullpen close out the game.

Cedric Mullins had a two-run single that keyed a four-run ninth inning and the Orioles beat the Cincinnati Reds, 6-2, in a heated affair in which the benches emptied.

Baltimore improved to 51-49 and pulled to within two games of the slumping Tampa Bay Rays for the final American League wild-card spot.

“Even on nights when we’re struggling offensively, [the bullpen] has allowed us to stay in the game,” manager Brandon Hyde told reporters in Cincinnati. “We’re dangerous offensively. I still think we can get better offensively, but our at-bats later in the game are usually really good. And our bullpen is the reason because they’ve been great at keeping the score right there.”

Ramón Urías led off the ninth with a walk and Rougned Odor doubled down the right-field line off Buck Farmer (0-1). After Jorge Mateo hit a shallow fly ball to center, Mullins responded with a two-run single up the middle.

Trey Mancini singled off the second base bag that drove in another run. One day after his first career inside-the-park homer, Mancini went 1 for 2 with three walks.

Dauri Moreta entered for the Reds and hit Anthony Santander with a pitch, which prompted both benches to come on to the field but no punches were thrown.

Ryan Mountcastle added a sacrifice fly for a 6-2 lead.

Santander had three hits, including his team-leading 18th home run. He thought that Moreta threw at him because he took his time entering the batter’s box.

“My immediate reaction was just to look at him,” Santander said through a translator. “Pitchers like to take their time. When I’m up there as a hitter, I like to take my time as well. That’s what I asked for.”

The Orioles’ bullpen entered the game ranked third in Major League Baseball with a 3.01 earned-run average. Joey Krehbiel, Cionel Pérez, and Dillon Tate (2-3) held down the Reds before Jorge López closed out the ninth.

Kyle Bradish was activated from the 15-day injured list before the game. Bradish, who had been out since June 21st because of right shoulder inflammation, had an encouraging return to the Orioles’ rotation. He allowed two runs on five hits and struck out seven in five innings. Bradish has not pitched past the fifth inning since May 23rd against Tampa Bay when he lasted 5 1/3.

“Obviously, I want to get into the sixth consistently,” Bradish told reporters. “We finally finished the fifth so the sixth is the next goal.”

Bradish  made two rehab appearances with Double-A Bowie and one with Norfolk before being deemed ready to return to the Orioles.

His only blemish was a two-run homer to Joey Votto in the first that just went over the glove of Santander in right.

Hyde expected Bradish to throw between 80 to 85 pitches and was right on track with 81 pitches, including 52 strikes.

The Orioles managed to get runners on first and third on a pair of singles by Santander and Austin Hays with one out in the second but they could not manage a run against Reds starter Mike Minor, who entered the game at 1-7 with a 6.65 ERA.

Santander finally broke through in the fifth and tied the game 2-2 on a 375-foot shot over the left-field fence that ended Minor’s night.

The Reds tried to advance with two outs in the seventh on a wild pitch by Pérez but catcher Adley Rutschman was able to throw out Michael Papierski trying to take third. Papierski was initially ruled safe but the call was overturned after a review showed that Urias applied the tag.

Mateo managed a two-out triple in the eighth but Mullins flew out to center to end the threat.

Notes: Terrin Vavra made his major league debut as a pinch-runner for Mancini in the ninth. … The Orioles and the Reds played for the first time since 2017 when they went 2-1 at Great American Ball Park. Baltimore improved 16-7 in July, their second consecutive winning month after they went 14-12 in June.