Mancini's attachment to the Orioles, the fans and the city is real - BaltimoreBaseball.com 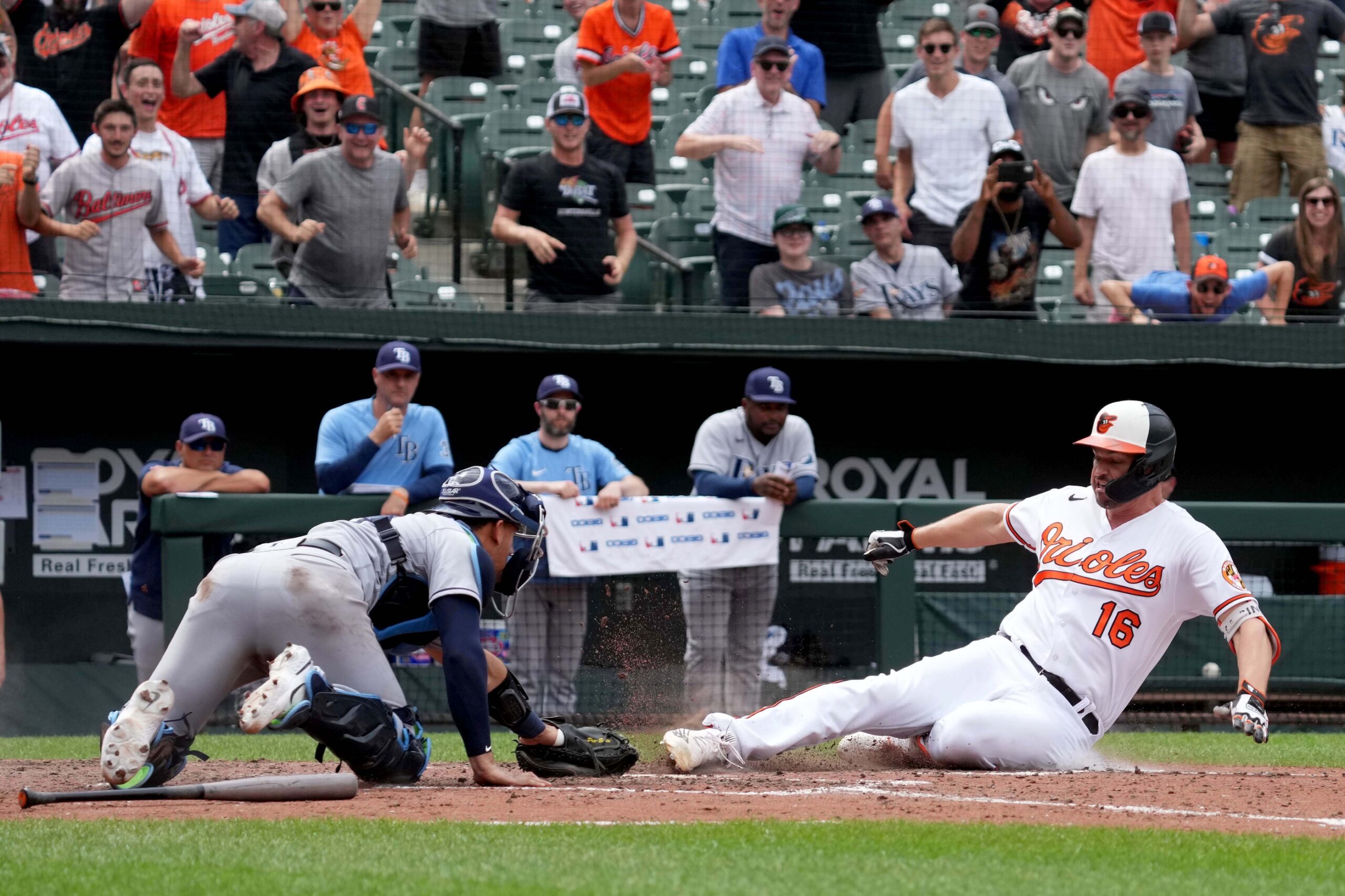 Oriole fans have an emotional attachment to Trey Mancini. Their star first baseman/designated hitter has been with the Orioles’ organization since 2013, met his fiancée Sara Perlman here, and in 2020 underwent colon cancer surgery and chemotherapy at Johns Hopkins Hospital.

The ties are deep. But as Oriole fans know, his career with the team could be in its final days.

The trade deadline is on Tuesday evening at 6, and Mancini, who could become a free agent after this season, might be heading elsewhere.

Mancini has been through three 100-plus loss seasons, and the lost year of 2020 when he was undergoing treatment. After this season, unless a $10 million mutual option is agreed upon by Mancini and the Orioles, he becomes a free agent.

He’d like to stay, but if he goes, Mancini will take his memories with him.

“I remember my first game in Aberdeen in 2013,” Mancini said on Thursday, a day when he hit an inside-the-park home run in his final at-bat to seal the Orioles’ 3-0 win over Tampa Bay. “I was so wowed by the fans, and how they supported us, how much they knew about some of us draft picks who had just been drafted. They just seemed so happy to have all of us.

“From that day until now, and every day in between, they’ve been incredible, and I’ve always felt the love from the fans here, and that’s all you can ask for.”

What could have been Mancini’s last home game with the Orioles included the first inside-the-park home run by an Oriole in Baltimore since Robert Andino hit one on September 26th, 2011. Andino will return to Oriole Park next weekend to celebrate the 30th anniversary of the ballpark, and Mancini might not be around to see it.

Andino’s inside-the-park homer came two days before his famous game-winning hit against the Red Sox, a win that helped turn the franchise around. Perhaps Mancini’s home run, which glanced off the left cheek of Rays rightfielder Josh Lowe after he lost the ball in the sun, will be remembered as fondly as Andino’s, especially given its significance.

Asked what he was thinking when he rounded third base, Mancini said with a laugh:

“I hope they rule it a hit. That was one. I was [also thinking], ‘you’ve got to get home on this.’ It was just crazy hearing the crowd. I’m speechless. That was one of the coolest things I’ve been a part of, and for it to come on that at-bat, and especially on Mo Gaba Day. It’s been two years since we lost him.”

Gaba was the 14-year-old superfan who became Mancini’s friend. His mother, Sonsy, threw out the first pitch to Mancini on the day her son was being honored. Mancini’s fly ball to right field in the eighth inning seemed to have fate on its side. “I’d like to thank Mo for a hand in it,” Mancini said. “I know he was up there smiling and laughing at me running around the bases.”

It was Mancini’s first inside-the-park home run on any level.

“I’ve always been too slow,” Mancini said. “I was a pretty plump young kid and speed was never my forte.”

His forte might be making others feel special, whether they’re teammates, fans or media members.

“We’ve had great on-field, off-field conversations, and he’s opened my eyes to a lot of things,” manager Brandon Hyde said. “I consider him a close friend.

“None of us knows what he went through, exactly [with the cancer treatment]. We’ve never felt what he did, and to go through chemotherapy and play baseball a year later in the major leagues, that’s unbelievable.”

It will be sad if Mancini is traded when the Orioles are finally in the playoff conversation. In their last 10 games against two American League East teams that have tormented them in recent years, the New York Yankees and Tampa Bay Rays, they were 5-5.

Nine games against Cincinnati, Texas and Pittsburgh start Friday, but executive vice president/general manager Mike Elias, who also has a soft spot for the 30-year-old Mancini, needs to make decisions based on the long-term improvement of the club.

Mancini knows it’s not personal, even if it feels that way to all involved.

“It’s crazy. It’s been really fun,” Mancini said. “We’re above .500. I hope I get to stick around and still be a part of this team. I understand how the business works, and I don’t really have a say in it. I’m just going to go out there every day and keep playing for this team with the name across my chest because I love the city and the team and these guys in here. It’s just been such a fun year.”