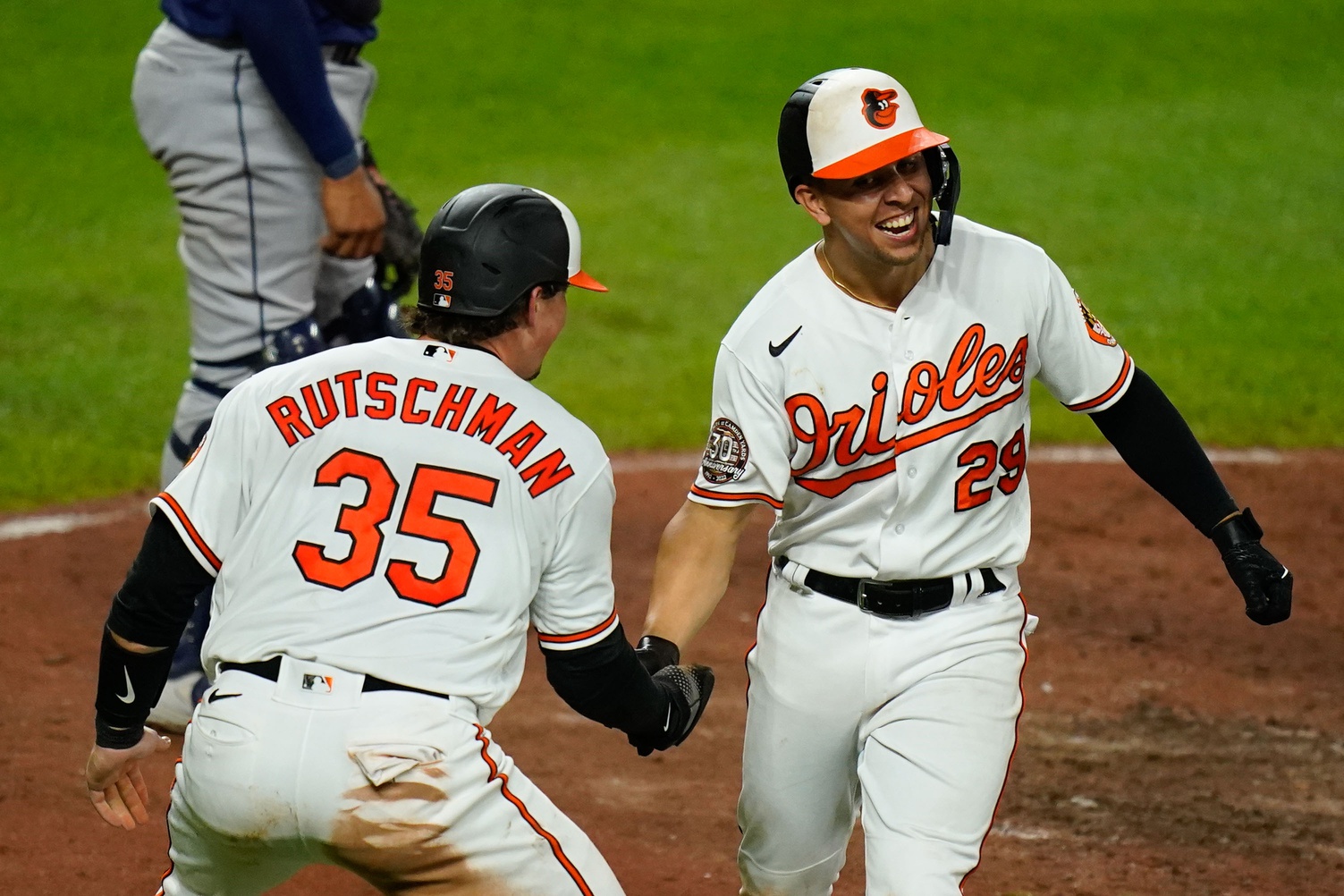 BALTIMORE—For seven innings, the Orioles were baffled by Baltimore native Shane McClanahan, who started for the American League in the All-Star Game a week before.

McClanahan gave up just two hits to the Orioles but was pulled by Tampa Bay Rays manager Kevin Cash after throwing 81 pitches and holding a 3-2 lead.

Colin Poche (2-1) relieved McClanahan in the eighth and gave up a single to Adley Rutschman and a two-run home run to Ramón Urías, and the Orioles had another comeback win, 5-3, before an announced crowd of 11,307 at Camden Yards on Tuesday night.

“He started an All-Star Game for a reason,” manager Brandon Hyde said. “He’s got a great arm. He’s one of the best pitchers in the American League … We had a tough time with him.”

“It’s not an easy task to score on Tampa, and I thought we took great at-bats in that inning,” Hyde said. “A bunch of really good things in that eighth inning.”

“I’m just trusting my plan,” Urías said. “Things are going well. I feel really good at the plate right now. Every day I want to be better. I want to improve my skills and, of course, it feels good having these moments.”

For the third time this season, the Orioles (49-48) are a game above .500, and with Cleveland’s win over Boston, moved past the Red Sox into fourth place in the American League East.

Trey Mancini, whose hitless streak is at 25 at-bats, nearly ended the skid in the eighth, but he flied deep to right to score Jorge Mateo on a sacrifice fly.

Cedric Mullins led off the first with a home run, his 13th career leadoff homer and second this season. It was his eighth this year. Two batters later, rightfielder Luke Raley snared Ryan Mountcastle’s drive, robbing him of a home run.

Tampa Bay scored on three singles in the third against Watkins. Randy Arozarena drove in Yu Chang and was thrown out at second.

Isaac Paredes homered to begin the fourth, and Raley followed with a single. Bethancourt lined out to Urías at third, but Urías’ throw to Mancini at first was wild, and Raley took second and scored on a double by Roman Quinn for a 3-1 Tampa Bay lead.

Anthony Santander homered to left, his 17th, with two outs in the fourth, and the Orioles trailed, 3-2.

“I don’t think there was a single time tonight that we didn’t have a chance to win the game,” Watkins said. “I think everybody throughout the clubhouse thinks that as well. As long as there’s an out available on the board we have a chance. I have a ton of confidence in these guys. It’s almost like we put that out into the world: ‘Hey, we’re going to win,’ and these guys just do it. It’s pretty awesome. It’s fun to watch.”

Infielder Jordan Westburg was hit in the left foot by a pitch and he’ll undergo further evaluation.

The Orioles released outfielder Cristopher Cespedes, who had most recently played for Delmarva.