Orioles' Mancini looks at standings, tries to ignore trade talk while focusing on his slump - BaltimoreBaseball.com 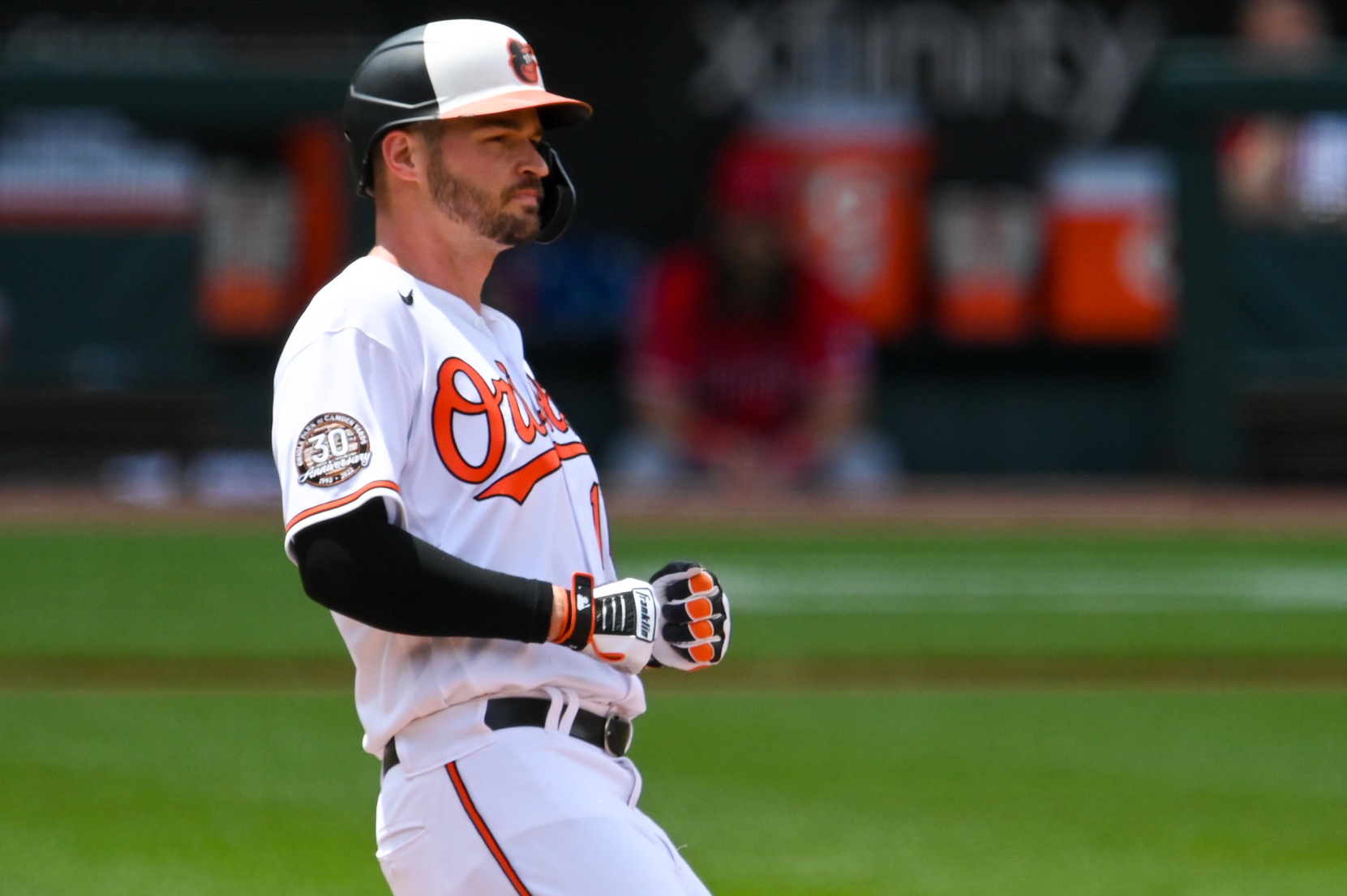 BALTIMORE—By this time next week, Trey Mancini will know where he’ll be playing for the remainder of 2022. Mancini would like to stay with the Orioles, but he realizes he could be traded.

Before the Orioles’ exciting 5-3 comeback win over Tampa Bay on Tuesday night that put them ahead of Boston for fourth place in the American League East, Mancini acknowledged that he’s checking the standings.

“I don’t know about every day, but I’m definitely aware,” he said. “I hadn’t looked for a few days. I didn’t know much about what other teams were doing. I looked [Monday] night after the game. It’s exciting. We got back to .500 again.

“I know we’ve been flirting right around there for a while. It’s pretty cool. It’s really cool to be in this position at this point in the year, especially with expectations coming into the year from everyone else for this team. As I always say, something to be proud of. We’ve got to stay the course and not get too ahead of ourselves, and this group has definitely been doing that.”

Teams said to be interested in Mancini have included the Milwaukee Brewers, New York Mets and San Diego Padres. Mancini, who was subject to trade talks in 2019, is trying to tune out the noise.

“I deleted Twitter and Instagram from my phone to eliminate any temptation to look at anything,” Mancini said. “As much as you can say it’s not affecting you or not getting in your head, it’s human for you to see things, and none of us really like uncertainty too much so it can produce anxiousness at times, and I know for me, I got that off my phone, and I’m not really looking at anything.”

Mancini went 0-for-3 with a sacrifice fly in Tuesday’s game, running his hitless streak to 25 at-bats. His last hit came on July 15th at Tampa Bay when he got hits in his first three at-bats.

“I’m much more concerned about breaking out of this slump that I’ve been in,” Mancini said. “That’s all I care about because this team needs me and needs me to be the hitter that I am, and I haven’t been like that the last several games. That’s the only thing I’m thinking about. I want to get a frickin’ hit at some point here. That’s all I’m really thinking about, to tell the truth.”

The trade deadline is 6 p.m. on August 2nd, and the Orioles will be in Texas. Mancini would prefer to complete the season in Baltimore. He’ll be a free agent after the season unless his $10 million mutual option is exercised, which is unlikely.

“I’m not looking to go anywhere necessarily, but I’m not in control of that,” he said. “I understand both sides of the equation so I totally understand the direction that the organization is going in, and things like that, and we’ve got a lot of really good players around here.

“We’re playing really good baseball so I’m not thinking about anywhere else right now. I’m an Oriole. As long as I’m here, I’m going to try to put my best foot forward. That’s why I’m not thinking about a trade. Figuring out what’s going wrong at the dish and improving on it and getting back to how I was hitting earlier before this happened.”