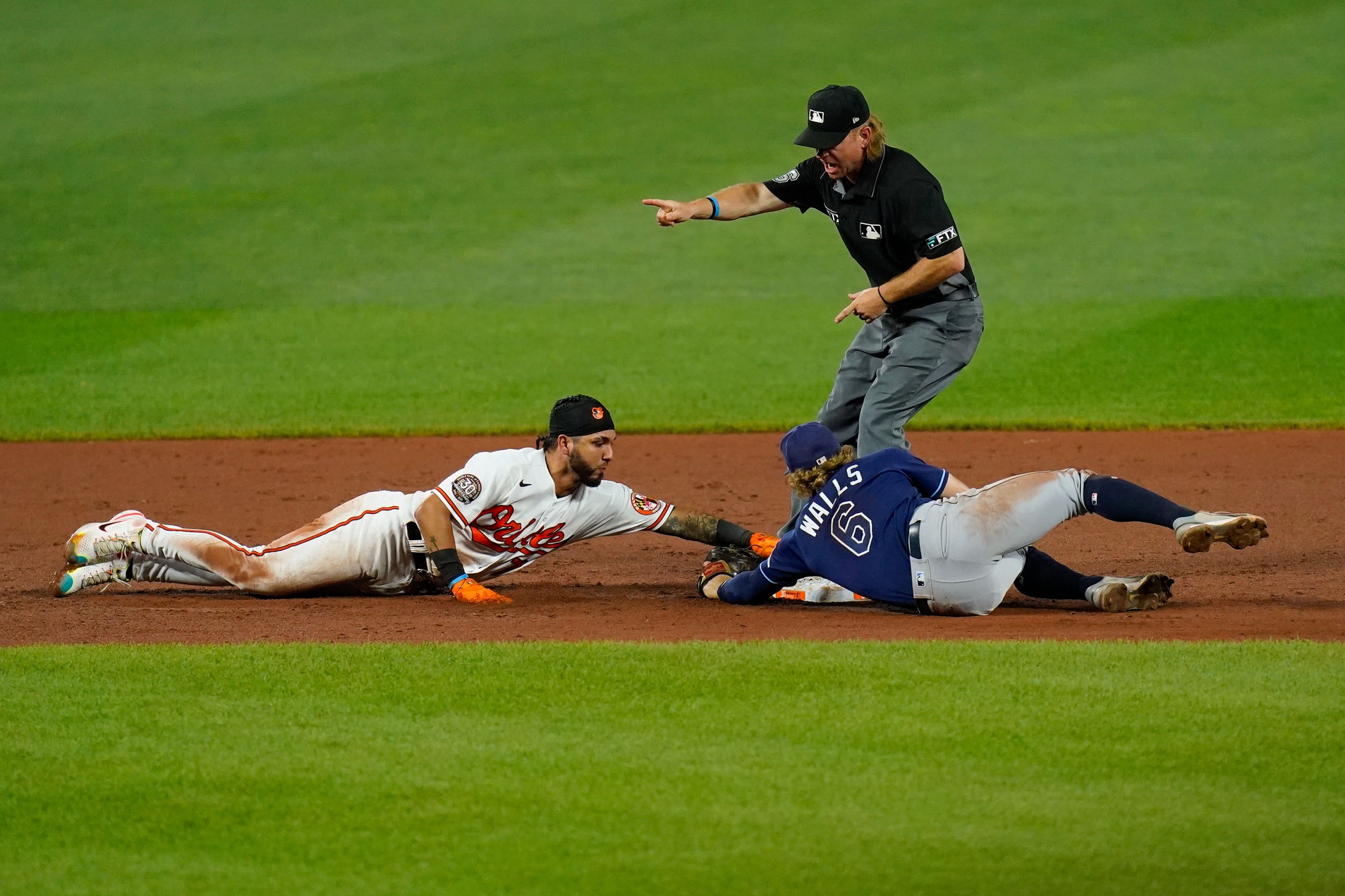 BALTIMORE—The Orioles recalled infielder Terrin Vavra from Norfolk to replace Jonathan Aráuz, who went on the 10-day injured list after breaking a finger in Monday night’s game against Tampa Bay. The club is calling the injury “a right digit avulsion fracture.”

Aráuz injured the finger sliding into second when he was trying to stretch a single into a double in the eighth inning of the Orioles’ 5-1 victory. It was his first appearance since July 8th.

“It’s an unfortunate injury,” manager Brandon Hyde said. “The guy gets an opportunity to play. He hits it off the wall and he’s hustling and he jams it into the base. Hopefully, it’s not too bad.” Aráuz was batting .179 with a home run and four RBIs in nine games.

Vavra, who was acquired from Colorado along with Tyler Nevin and minor league outfielder Mishael Deson in exchange for reliever Mychal Givens in August 2020, was hitting .324 with two home runs and 18 RBIs with Norfolk. A 25-year-old left-handed hitter, Vavra has missed time because of a strained right hamstring.

“He’s swinging well all year at Norfolk,” Oriole manager Brandon Hyde said. “A guy that’s played a few positions. We’re so right-handed that adding a left-handed bat is nice for us, and good to see a young guy playing well at Triple-A getting rewarded and get called up to the big leagues.”

Hyde said that Vavra is likely to play second base. During spring training, Vavra played in left and right field. Vavra also played 17 games in center field at Norfolk, but Hyde is more likely to use Austin Hays or Ryan McKenna as a backup to Cedric Mullins than Vavra.

“It is nice to have another athletic guy that can run and be able to play multiple positions,” Hyde said. “It’s also the left-handed part; the amount of right-handers we have, to get another left-hander is great.”

Second-rounder signs: The Orioles signed their second-round draft choice, Clemson third baseman Max Wagner, the 42nd pick in the draft. Wagner hit .370 with 27 home runs and 76 RBIs in 58 games for the Tigers.

Wagner said that he’s been following the Orioles.

“They’re definitely one of the hottest teams right now,” Wagner said. “Before the All-Star break, they had a 10-game winning streak, so it’s really exciting to see winning come back to Baltimore. Just to be able to come to a great organization like the Orioles, it’s just very cool to see this team on the upswing.”

Wagner, who’s from Green Bay, Wisconsin, is passionate about sports in his area.

“I’m showing kids from up in that area that you can do it,” Wagner said. “That whole Ravens thing is going to be tough. Being from Green Bay, it’s hard to get away from the Packers.”

The Orioles have signed three picks — Wagner, and outfielders Dylan Beavers and Jud Fabian, their competitive balance round A and B picks.

On Wednesday, they’ll introduce the overall No. 1 pick, 18-year-old shortstop Jackson Holliday. Holliday, who attended Stillwater High School in Oklahoma, has agreed to a reported $8.19 million contract. His dad, Matt Holliday, played 14 years in the major leagues and was a seven-time All-Star.