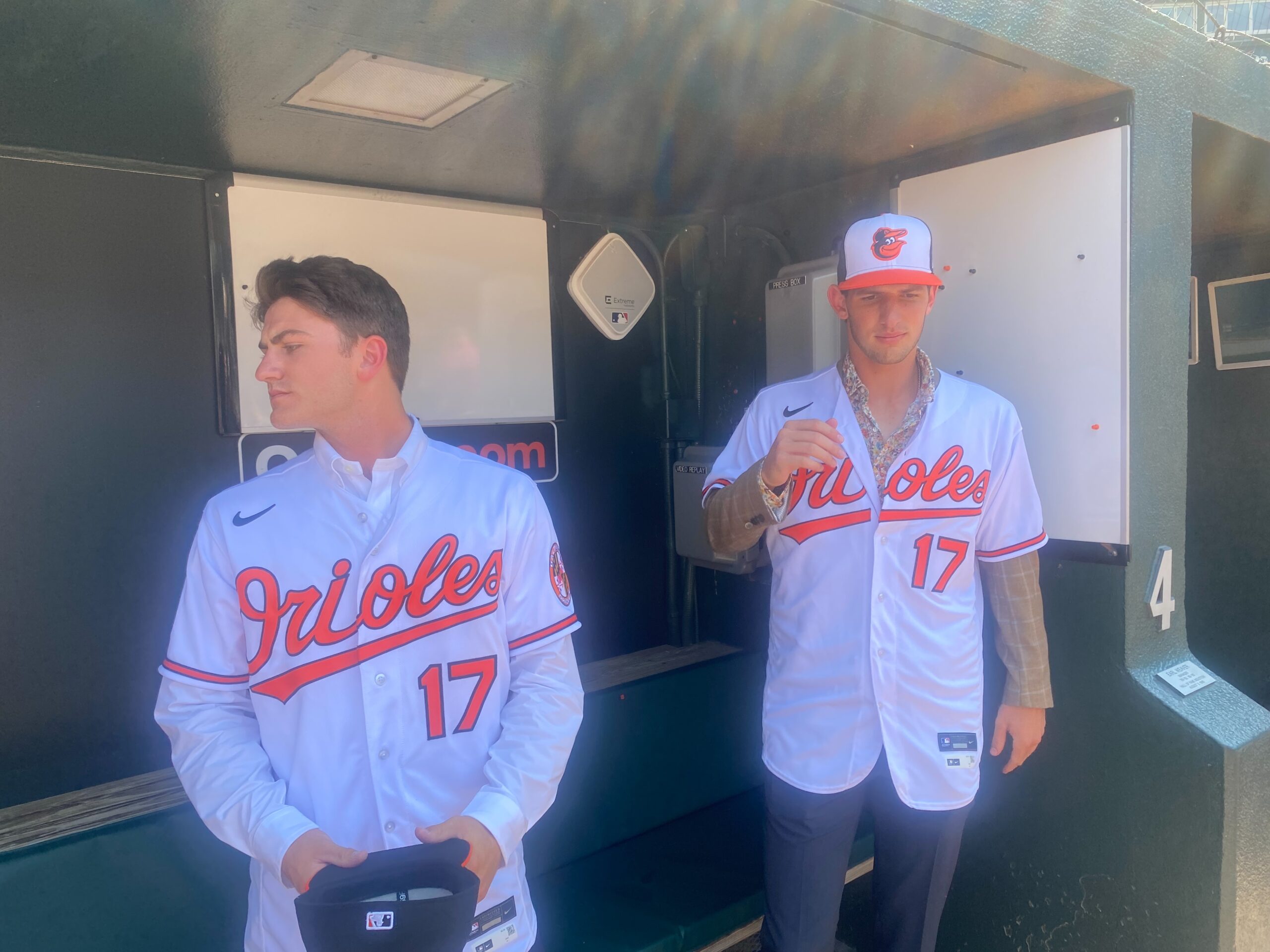 BALTIMORE—The Orioles have signed two of their top four draft picks, outfielders Dylan Beavers and Jud Fabian. Beavers, an outfielder from University of California, was taken with the 33rd overall pick in the competitive balance A round, their second selection.

Fabian, an outfielder from the University of Florida, was the 67th pick in the competitive balance B round, their four selection.

“It’s super exciting. I know that it’s coming soon,” Beavers said. “They’re doing really well. I’m excited to see where they’ll be in the next couple of years and be a part of it.”

Beavers said he has a lot to learn about the Orioles.

“I know who Cal Ripken is,” he said. “There’s a rebuild in progress, and it’s going to be good the next few years. I just know there’s a lot of history in East Coast baseball, a great division to be in, so it’s very exciting.”

Beavers and Fabian got their first look at Oriole Park on Saturday.

“It’s crazy. I didn’t expect it to be like this in person,” Beavers said. “I’ve seen it on TV and in the video games. It’s so much more immaculate when you get out here.”

“It’s humid, for sure. It’s a lot more humid than California,” he said. “I didn’t expect it to be this hot. It’s nice. I like it, a little sweaty right now.”

The Orioles were interested in Fabian last year, but the Boston Red Sox selected him. Fabian didn’t sign with the Red Sox.

“It’s always a waiting game with the draft,” Fabian said. “I went through it last year, and things didn’t work out, so I went back to school.”

Fabian wanted to play with his brother, who just completed his freshman season at Florida. He hit .239 with 24 home runs and 55 RBIs and had a 1.013 OPS for the Gators.

“This is where I want to be,” Fabian said. “It’s a great organization, a great field they play on. Having the opportunity to come here two years in a row, it’s pretty special.”

The Orioles have reached agreement with the draft’s overall No. 1 pick, 18-year-old shortstop Jackson Holliday, for a reported $8.19 million but his contract is not yet official, the team said.

All-Star experience: Relief pitcher Jorge López said he had a wonderful experience at the All-Star Game in Los Angeles, where he retired the two batters he faced, Philadelphia’s Kyle Schwarber and San Diego’s Jake Cronenworth, on three pitches.

“The most important thing [was for] my son to have fun,” López said. His 9-year-old son, Mikael, enjoyed the time with his father.

“I was close to him on the field,’ López said. “That was the most special thing I ever saw.”

“I got the [two] quickest outs in the All-Star Game. I don’t know if that’s in the history or not,” López said. “I’m so glad I did the job.”