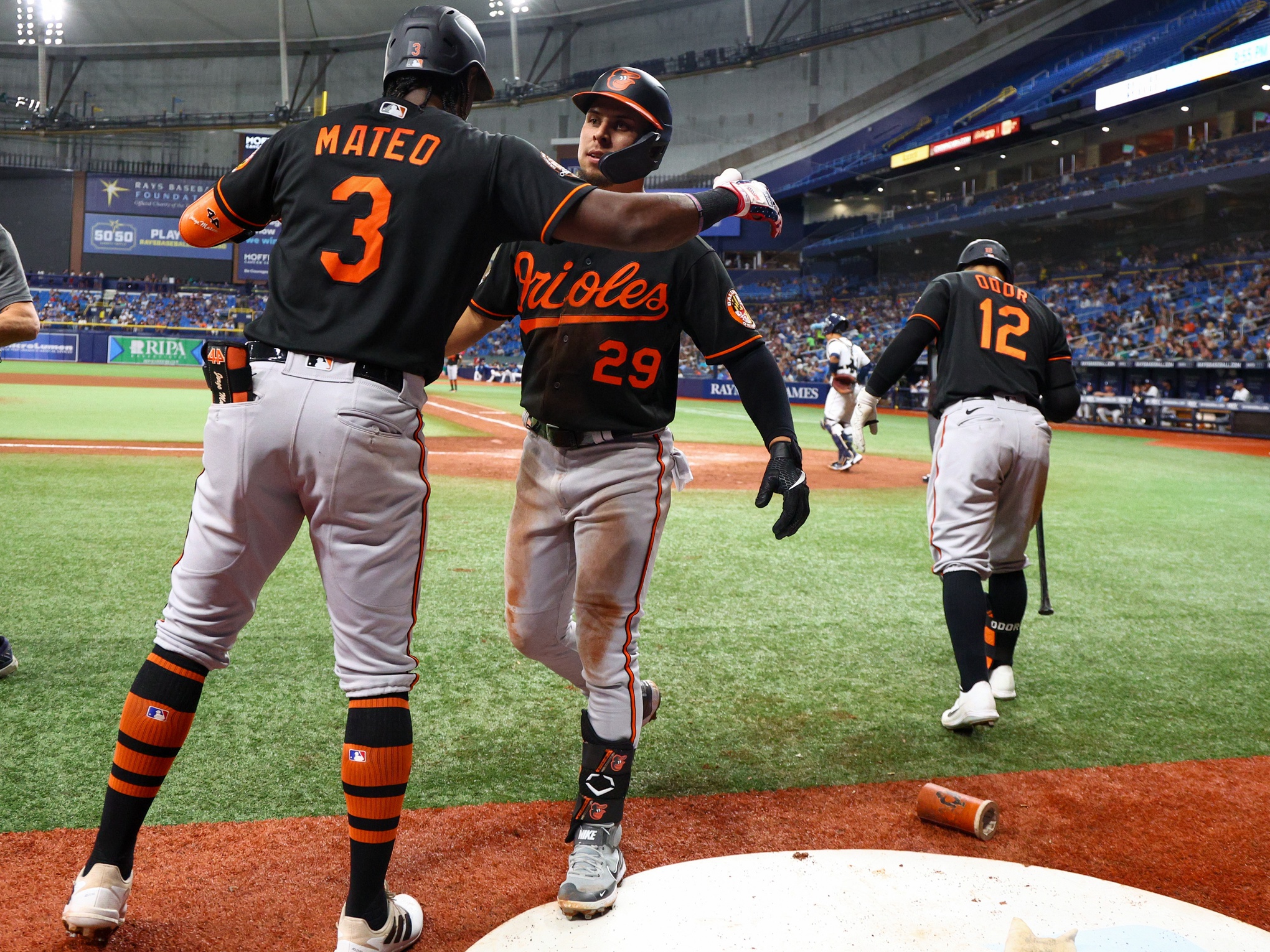 As the Orioles reflected on being a first-half surprise and prepared to begin the second half on Friday night against the New York Yankees, there are some obvious names who have led the turnaround — All-Star reliever Jorge López, first baseman Ryan Mountcastle, designated hitter Trey Mancini and outfielders Austin Hays and Cedric Mullins.

But there were others whose contributions might have come in under the radar. The bullpen is the best place to start. Alongside López, there were three previously unknown rookies — Félix Bautista, Bryan Baker and Joey Krehbiel.

“It’s been very emotional, very exciting, for me,” said the 6-foot-8, 270-pound Bautista,  who is 3-2 with a 1.74 ERA, two saves and dazzled with a fastball that exceeded 100-mph and a splitter that dropped sharply. “I feel like I’ve done a really good job. All I want to do is keep it going in the second half. There are higher goals in mind for us. The goal is to try and keep competing and make the playoffs.”

In 2021, Bautista began the season with High-A Aberdeen before pitching at Double-A Bowie and Triple-A Norfok.

“I know it’s been surprising, especially for me a little bit as well, but I always knew that when I got the chance to pitch and do well I would do a good job,” he said.

Bautista’s teammates had interesting choices when asked about the most underrated first-half contributors.

“[Jorge] Mateo at shortstop has been unbelievable all year,” Mountcastle said. “Both the catchers behind the plate have been calling great games and getting some key hits for us. It’s an all-around group effort. [Anthony] Santander has had some big hits. The whole bullpen. Our starters are keeping us in games. It seems like everybody’s been a part of it. It’s been a lot of fun.”

Mancini, an Oriole since 2016, offered other choices.

“From the offensive side, someone who comes to mind is Ramón [Urías],” Mancini said of the infielder. “I think he can tend to fly under the radar, but he plays really good defense. He rakes. He had some, I think a little bit tougher luck, and had the [oblique] injury for a little bit, but especially lately he’s come on so strongly.

“When he’s going, our offense is that much more formidable … I think he’s a little unheralded, extremely underrated, good and valuable player. He’s a really legit major leaguer, and he’s showing it right now.”

Mancini moved on to the pitching.

“It’s hard to even single out any of the pitchers, obviously the whole bullpen. Dean [Kremer’s] obviously been throwing well this year. Spenser Watkins, especially since he came back, too from Triple-A, all of his starts. The way he carries himself, his attitude, on and off the mound. He’s a gamer, and he goes out there and he’ll give you his best effort every single time.

“He’s got a really cool story, obviously. He was going to be done with baseball and coach high school baseball. He definitely doesn’t take any day for granted.

“I’d say those two guys on each side of the ball. If I had to pick one person, it would be Ramón and Spenser that aren’t really talked about a lot. They’ve helped lift us and won some games for us. They’re invaluable to this team.”

“With Rouggie, especially with position guys, he’s been great for us, Chirinos, and it seems like Jordan, as a starter is helping a lot of our younger starters out as well,” Mountcastle said. “They’ve been great in the clubhouse and brought a great attitude to the team.”

Outfielder Ryan McKenna, who manager Brandon Hyde said he has enjoyed watching develop into a major league player, has been noticed by others, as well.

“I think that McKenna has been a big piece,” said another big piece, starter Tyler Wells said. “He brings a lot of energy to the dugout. He brings a lot of great defensive plays in the outfield, strong arm, aggressive on the basepaths. He’s provided a lot for us as a whole, being a good teammate, trying to continually improve on that. I think that he’s constantly working and trying to better himself, and in turn, he’s bettering the team as well, especially coming off the bench in the later innings.”

Hyde has enjoyed managing this team, and has his own ideas.

“We’ve played extremely well, so there’s a lot of guys that have been playing well,” he said. “Jorge Mateo has been a rock for us at shortstop. Arguably, the hardest position to play on the field, and he has played Gold Glove defense for us the first half. Ramón Urías has got nine homers, and  missed a bunch of time. That snuck up on everybody. He’s gotten huge hts for us when he’s been able to be in the lineup.

“Our catching defensively all season has been outstanding. You can list the entire bullpen. Whoever they’re not talking about in the bullpen, they should because they’ve all done a great job. I think we’ve had a lot of unsung heroes so far,” Hyde said.