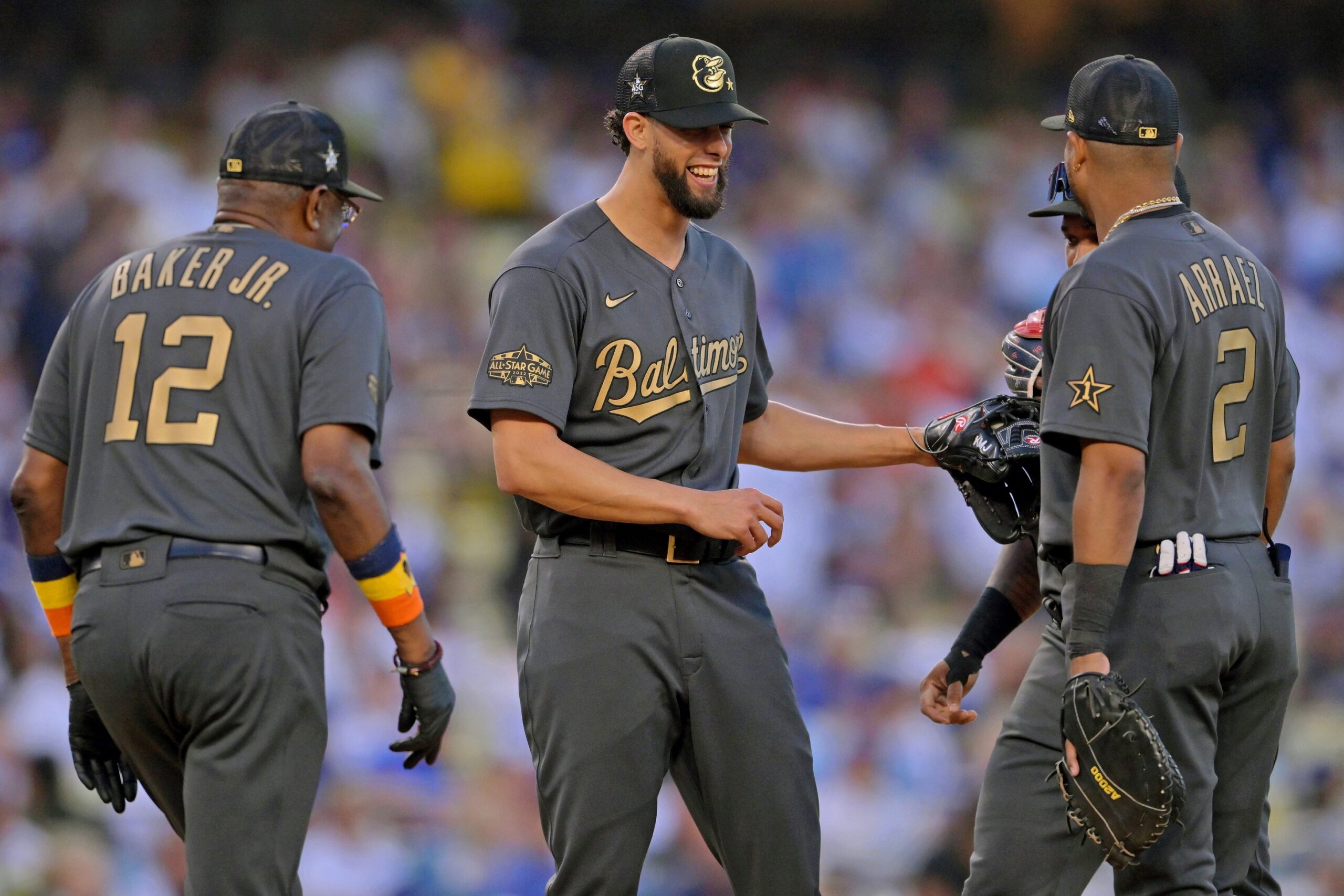 Even though the Orioles chose acclaimed high school shortstop Jackson Holliday with the first overall pick in the Major League Baseball draft, it might be remembered as the one when general manager Mike Elias finally took more pitchers than any other position.

In 2019, in Elias’ first draft and the last one to feature 40 rounds, the Orioles took 41 players, 18 of them pitchers. None was selected before the eighth round.

At the end of Sunday’s first and second rounds, Orioles director of draft operations Brad Ciolek said that even though they took Holliday, outfielders Dylan Beavers and Jud Fabian and third baseman Max Wagner, they were pitchers they were interested in that were picked just before their selections.

High school pitcher Cutter Coffey was taken 41st by Boston, one pick ahead of Wagner, and East Carolina’s Carson Whisenhunt was the 66th pick, a pick before Fabian.

The Orioles followed up on Monday by taking five pitchers in their eight selections. On Tuesday, they added seven more.

“We always in the past had made a special focus and intent to look for pitching on Day 3 because of he way our picks panned out from previous days,” Ciolek said. “Obviously, that wasn’t the case this year, so it really was the luck of the draw.”

Of the 22 picks, they took 12 pitchers, two catchers and four infielders and outfielders.

“If you look at the class as a whole, obviously the key focal points for us, besides adding talent to the farm system, it was finding guys who are solid defensively up the middle,” Ciolek said.

Before choosing right-hander Nolan McLean, of Oklahoma State, in the third round, the Orioles hadn’t picked a pitcher before the fifth round in Elias’ four drafts.

The earned-run averages of the pitchers chosen weren’t impressive.

McLean’s ERA was 4.97, fifth-round pick Trace Bright, from Auburn, had a 5.13 ERA, seventh-round pick Preston Johnson had a 5.47 ERA, and eighth-rounder Cameron Weston, from Michigan, had a 5.74 ERA.

That trend continued on Tuesday.

“What’s really interesting about college baseball in general is that home runs, run production, offense in general is up across the board this year from last year,” Ciolek said. “We are taking that into account. We’re adjusting for that.

“We also like to look at strikeouts. That’s a big thing, the swing-and-miss. A lot of these guys have over 10 strikeouts per nine [innings], and ultimately, keep in mind that college defenses aren’t always necessarily the most fleet afoot defenders for some of these guys. When they get into pro ball, guys will be able to range left to right a little better in the infield and get to more balls than most college programs …”

In 2019, the Orioles signed 35 of their 41 picks. Each of the first 34 signed. In 2020, they agreed to terms with each of their six picks in the pandemic-shortened draft. Last year, they signed all 21 picks.

Ciolek said that trend might not continue this year.

Quick work for López: Jorge López, the Orioles’ only representative, threw three pitches and got two outs in the seventh inning of the American League’s 3-2 win over the National League in Tuesday night’s All-Star Game.

He’s the first Oriole pitcher to play in an All-Star game since Zack Britton in 2016.

Local connections: Lamar King Jr., a catcher from Calvert Hall, was drafted in the fourth round by San Diego. King is expected to sign with the Padres, passing on a scholarship offer from Georgia Tech.

Ryan Ramsey, who pitched the second perfect game in University of Maryland history on April 29th, was drafted by the Kansas City Royals in the 13th round.

Two other Terrapins — outfielder Troy Schreffler Jr. and Chris Alleyne — were drafted. Schreffler went to the Philadelphia Phillies in the 15th round and Alleyne went to the Los Angeles Dodgers in the 19th round.