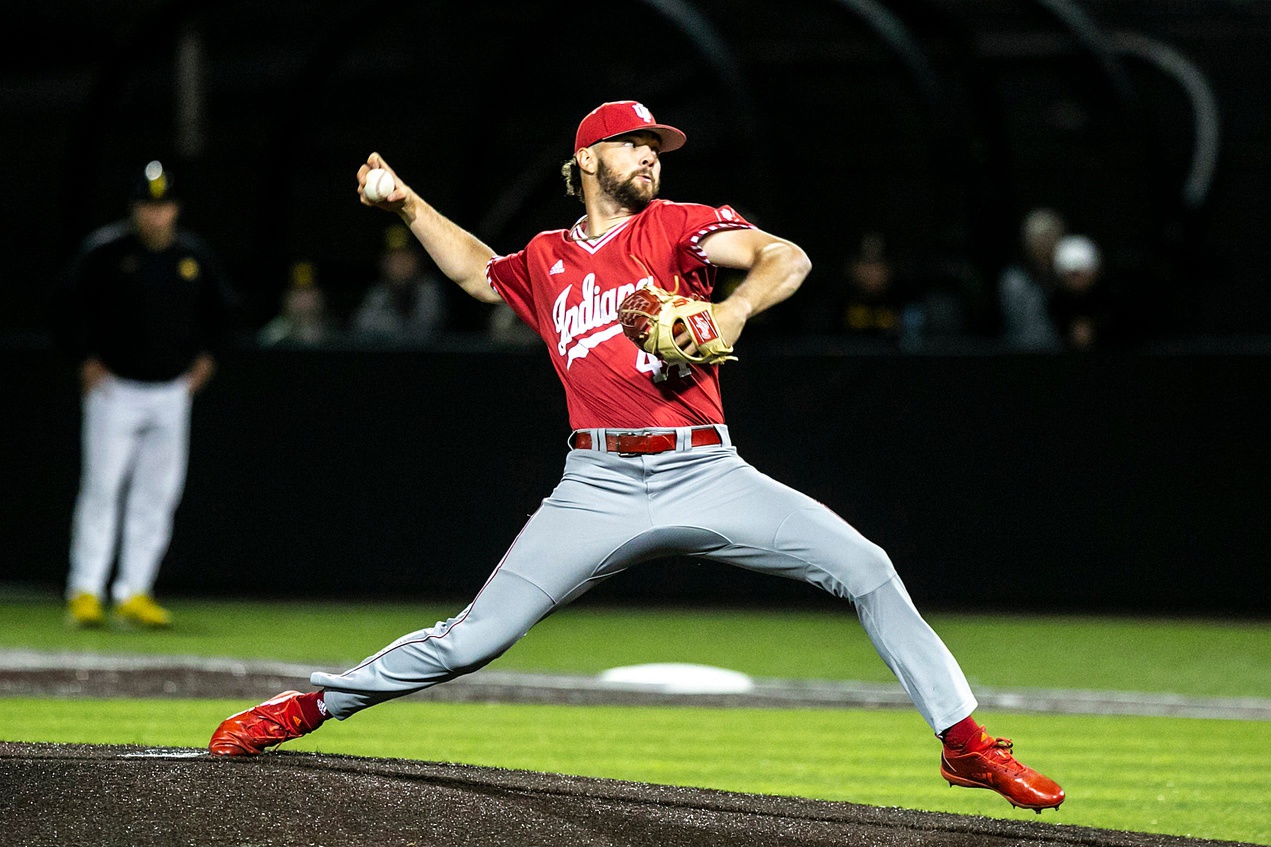 The Orioles continued their trend of selecting pitchers with interesting back stories on the third and final day of the draft on Tuesday.

After selecting five pitchers with their eight picks on Monday, they took seven more, including three with their first three selections of the day.

“We really liked our options as far as pitching especially on Day 2 and Day 3 of the draft,” Orioles director of draft operations Brad Ciolek said in a video conference call.

“We’re really excited about the crop that we got yesterday and today, and we’re really looking forward to getting them down to Sarasota and work with our player development staff.”

The first had an interesting name, but no connection to the Orioles’ past. Right-hander Zack Showalter, who’s not related to  longtime Orioles manager Buck Showalter, was the first high school pitcher taken by the team. Showalter, an 11th-round pick, is from Wesley Chapel High School, not far from Tampa.

Indiana University right-hander Bradley Brehmer, who’s 6 feet 6, was the 12th-round pick. Brehmer, who transferred from Wright State to Indiana this past season, was 5-4 with a 5.30 ERA for the Hoosiers. Brehmer struck out 77 and walked 33 in 74 2/3 innings, allowed just five home runs but hit 17 batters.

The most intriguing pick was 7-foot left-hander Jared Beck from Saint Leo University, north of Tampa.

“Jared’s a really interesting case,” Ciolek said. “He’s 88-91 [mph], and his stuff really ticked up a little bit later on and actually got up to 95. We think we can help his breaking ball as well. He’s also got a changeup that he’s working on. He’s a little bit of a bigger guy, and that might take a little bit more in terms delivery, refining his mechanics, but I have the utmost faith in our player development staff, our pitching coaches that they’ll be able to get the most out of his ability.”

University of South Carolina right-hander James Hicks, who pitched in only two games for the Gamecocks this past season before he had Tommy John surgery, was the 15th-round selection.

Virginia Tech right-hander Graham Firoved was the Orioles’ 16th-round choice. Firoved, who was the oldest player drafted, will be 23 this season, and was 9-0 with a 4.10 ERA and six saves in his three college seasons. Firoved was born in Virginia Beach, not far from Norfolk.

Right-handed reliever Andrew Walters was the Orioles’ 18th-round choice. Walters was 0-1 with a 1.65 ERA and 14 saves for the Hurricanes. Walters struck out 62 and walked just six in 32 2/3 innings.

The Orioles interrupted their string of pitching picks with Lehigh University catcher Adam Retzbach in the 14th round.

Retzbach batted .294 with 11 home runs and 46 RBIs for the Mountain Hawks this past season.

Vanderbilt shortstop Carter Young, a switch-hitter who hit only .207 with seven home runs and 26 RBIS with a .327 on-base percentage, was taken in the 17th round.

The Orioles took outfielder Alden Mathes, a left-handed hitter from the University of Richmond, in the 19th round. Mathes hit .344 with 10 home runs and 59 RBIs with a .985 OPS in 55 games for the Spiders this past season. He was drafted as an outfielder, but he also pitched in college. The Orioles expect him to play center field.

Of the Orioles’ 22 picks, 19 were from four-year colleges, one from a junior college, and two were high school players. They picked 12 pitchers, two catchers, and four infielders and outfielders.

The deadline for signing players is August 1st.

Note: DL Hall was named the International League Pitcher of the Week. Hall was 0-1 in two starts but didn’t allow an earned run. In 10 2/3 innings, Hall allowed four hits and five walks while striking out 18.