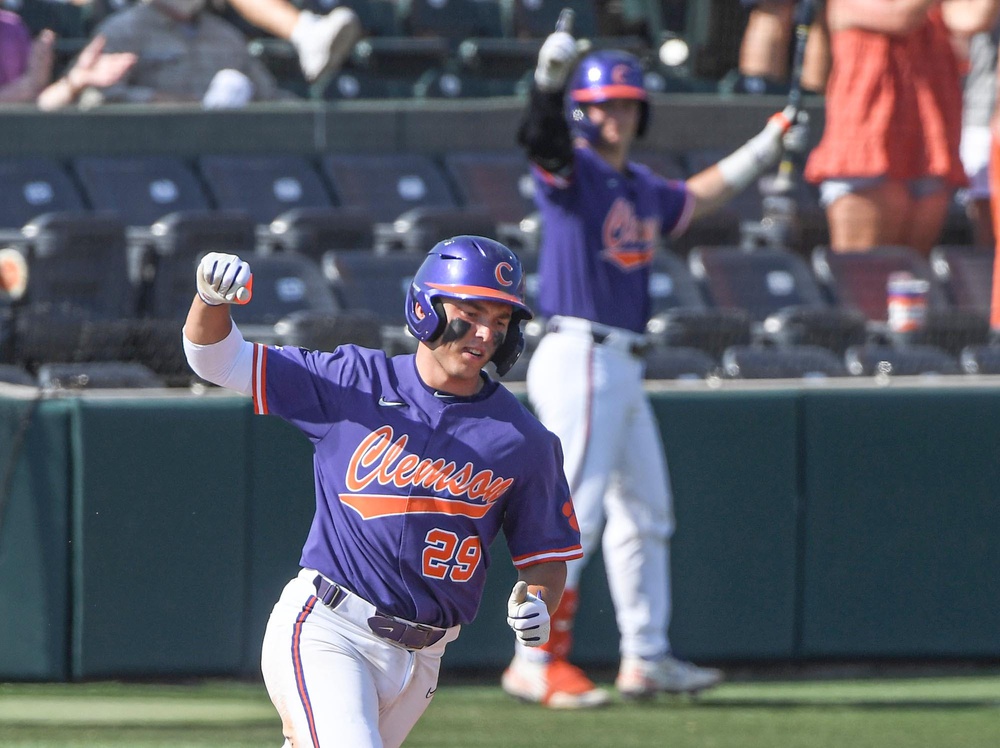 The Orioles made four selections on the first day of the draft. Besides the overall first pick, Oklahoma high school shortstop Jackson Holliday, they chose University of California outfielder Dylan Beavers with the 33rd pick, Clemson third baseman Max Wagner in the second round with the 42 pick, and Jud Fabian, a University of Florida outfielder, with 67th pick.

“Those are always traits we key in on as far as on the analytic front,” Ciolek said. “Those guys are kind of our flavor in terms of what we’re looking for in terms of an offensive profile … In terms of having a blueprint, we do look for those things in conjunction with working with our player development department.”

“We’re really intrigued about Dylan’s unique ability in terms of power and speed combination, and we think there’s more power in the tank,” Ciolek said.

Wagner hit 27 home runs and drove in 76 runs while batting .370 for Clemson. The year before, he hit only .214 with two homers and nine RBIs.

“We always look for guys that ultimately maybe have gone through some adversity and struggled a little bit because we think that translates really well at the next level,” Ciolek said. “They’re able to bounce back, when they get to the minor leagues, and they’re punching them out, they know how to respond.”

“I think the one thing I’ve learned over my last four drafts here with [executive vice president/general manager Mike Elias and assistant general manager Sig Mejdal] is … to never have any expectations so that there’s always elements of surprise. Obviously, ecstatic that he was there at 67, and really happy that he ended up in orange and black.”

In Elias’ first three drafts, the Orioles haven’t selected a pitcher earlier than the fifth round. The Orioles have picks in the third and fourth rounds on Monday, but Ciolek wasn’t committing to selecting a pitcher with one of them.

“We actually did have a couple of pitchers that were picked right before our picks throughout the evening,” Ciolek said. “I am telling the truth there … Obviously, we are going to continue to look at the best players available tomorrow and we do have a lot of pitchers on our board, so hopefully we’ll be able to net a couple of those guys, but bottom line, we’re looking for the best player available regardless of position.”

The Orioles have the first pick of the third round with the 81st pick.