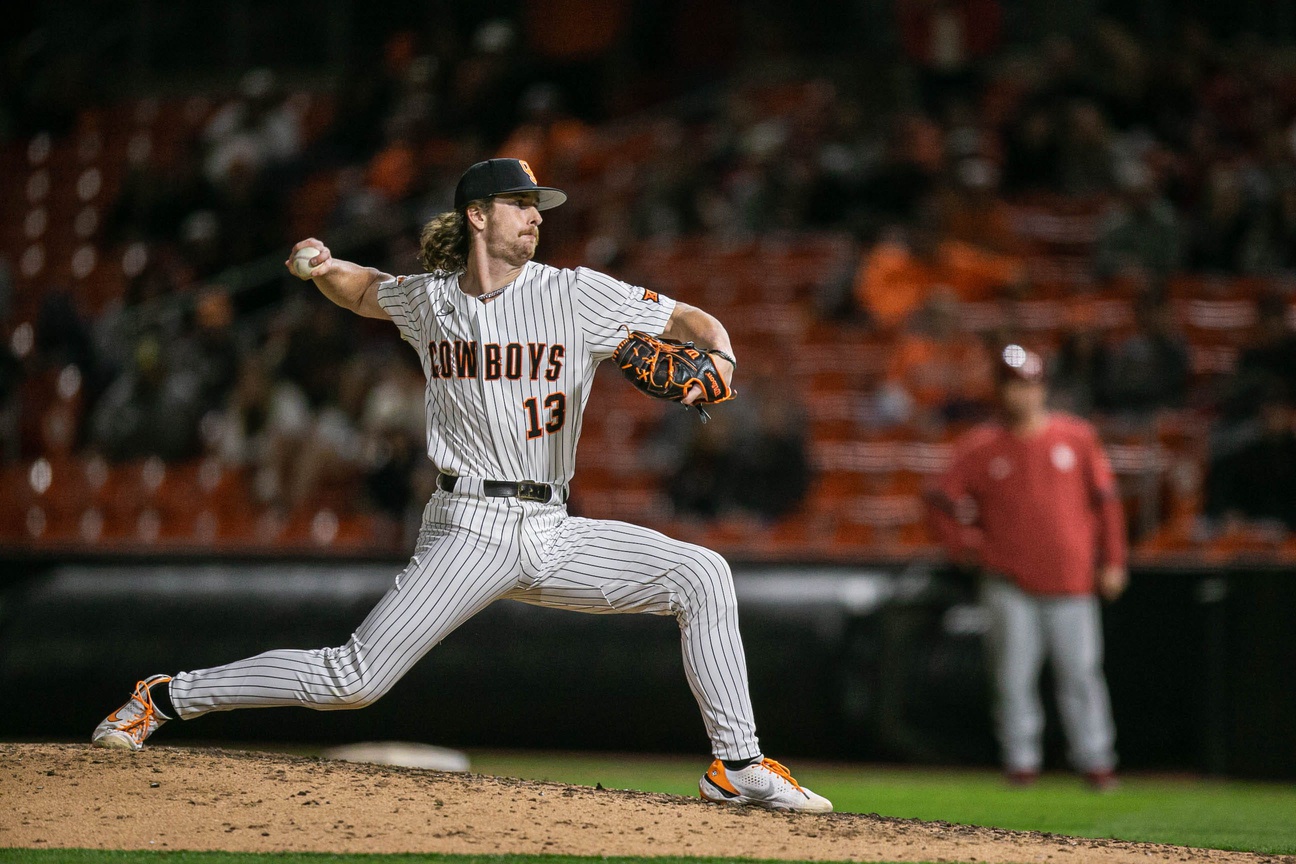 In the first three years of Mike Elias’ drafts for the Orioles, the team didn’t select a pitcher in the draft’s first four rounds. That changed on Monday when the Orioles selected right-hander Nolan McLean, from Oklahoma State, with the first pick of the third round.

“We were looking for the best player on the board regardless of position.” Orioles director of draft operations Brad Ciolek said in a video conference call. “That just so happened to be a lot of pitchers today. We ended up taking five and really excited about all five of them. We had pitchers up and down our board last night and obviously today. The ball bounced our direction today as far as taking pitching.”

“Nolan’s primary focus with us will be pitching,” Ciolek said. “We think there’s immense upside with him as far as his arsenal is concerned, and his ability to stretch out once he gets acclimated to pro ball.

Each of the eight players the Orioles picked in the second day of the draft are college players. Other than 18-year-old high school shortstop Jackson Holliday, the overall first pick of the draft, the other 11 selections are from college.

“It all depends on the makings of the draft board,” Ciolek said. “Every draft is unique in terms of demographics and the strength of the board. In this instance, we felt very comfortable with the college players that were available after selecting Jackson.”

“We spend an extensive amount of time on pitching,” Ciolek said. “For whatever reason, the last few drafts, the ball didn’t bounce our way and today it did on a number of fronts.”

Each of the five pitchers selected on Monday will begin their professional careers as starters.

“We’re going to look to ultimately build them up as starting pitchers, and obviously we’ll see what happens as they progress through the minor leagues. All these guys have weapons that they can utilize both sides, both against right-handed and left-handed hitters, and we’ll look to fully maximize that arsenal. We think there’s high upside in all those guys.”

Catcher Silas Ardoin, from the University of Texas, was the Orioles’ fourth-round pick. Ardoin hit .271 with 12 home runs and 50 RBIs. He’s the son of former major league catcher Danny Ardoin, who played five games for the Orioles in 2008.

“He’s very refined defensively behind the plate,” Ciolek said. “Ardoin has fantastic footwork, refined receiving skills … arm strength and accuracy. He’s shown the ability to handle the staff at Texas, and we really like what he brings to the table as far as his defense is concerned. And he’s done well as the plate in the Big 12, as well. I believe he’s thrown out over 40 percent of runners [attempting to steal] this past year, so we’re really excited about adding him to our mix of players.”

Ardoin’s Texas teammate, outfielder Douglas Hodo III, was picked in the sixth round. Hodo hit .319 with 10 home runs and 47 RBIs with a .950 on-base percentage. His father, Doug, played three seasons in the Phillies’ organization.

Shortstop Adam Crampton, from Stanford, was the ninth-round pick. Crampton, who was born in Taiwan, hit .316 with a home run and 40 RBIs. He stole 11 bases without being caught.

“We never know where these guys are going to go, but as far as where we got each and every one of these guys in the rounds that were taken, we were excited that they were there,” Ciolek said. “We’re really happy about it.”