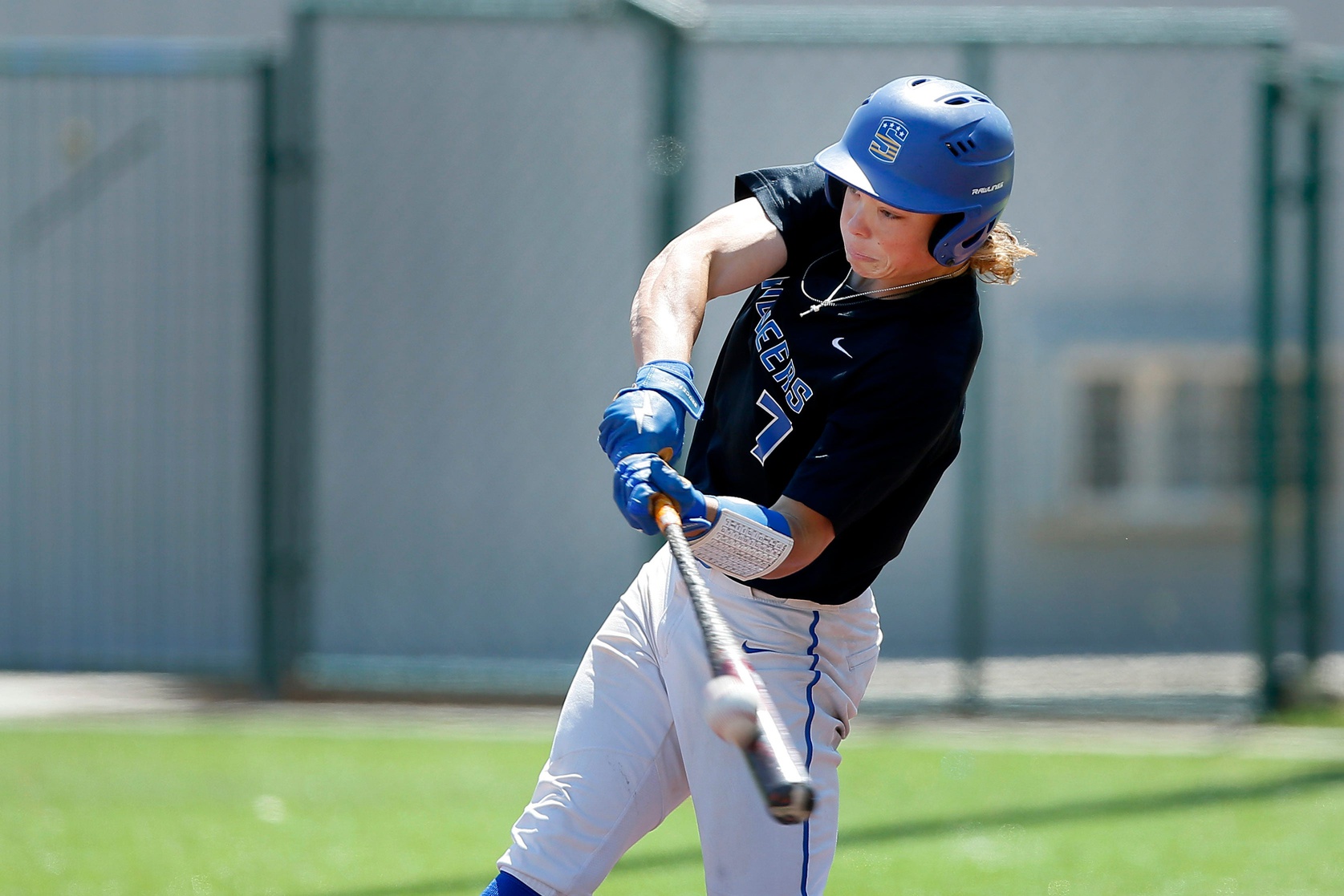 “I think the upside for him is enormous,” Orioles executive vice president/general manager Mike Elias said in a video conference call. “It’s a potential star playing shortstop batting in the middle of the order, doing so for a very long time in some regard. I don’t know that the ceiling gets much higher than somebody with that profile.”

Elias, who saw Holliday play three games, expects him to remain at shortstop.

“He does it all,” Elias said. “He throws. He’s a plus-runner. He’s going to hit, hit for power. He’s got the best swing in the draft or one of the best swings in the draft, and he’s got everything in front of him and a tremendous family and support system.

“He’s going to be a big addition to the culture that we’ve built and our players have built in the Orioles’ minor and major league system together.”

Holliday, whose agent is Scott Boras, didn’t know that he was going to picked by the Orioles until he heard it on television. His father, Matt, was on the phone with Boras and found out moments before his son was the Orioles’ pick.

“My dad didn’t really tell me. He was on the phone,” Holliday said. “He was like, ‘all right, we’re just going to find out, so that was really, really neat and something I’ll probably never forget.”

“I didn’t know it was a possibility to be honest, going into the high school season,” Holliday said of being chosen first. “It’s hard to explain what it means. It’s like a video game. Every video game you play, you’re the first pick. That’s what it felt like. It’s a true honor.”

It was the fifth time Elias has chosen the first pick in the draft, three with Houston and twice with the Orioles.

“It was a very difficult decision,” Elias said. “I would liken it to deciding what to order at a five-star restaurant. This was a very good class. We whittled it down to five players, and we had advocates and rationale for taking any one of the five players, but ultimately you’re only allowed to come home with one of them, and we picked our favorite one.

“This is always a final decision that is very, very late, but this is exactly how we were hoping how things would unfold.”

High school draft picks often begin their career at shortstop but don’t stay there. Elias doesn’t think that will be the case with Holliday.

“He does so much well defensively,” Elias said. “He’s got an above-average arm. He’s a plus-runner … His speed also translates to his athletic movements on the defensive side of the ball. He’s got a very technically correct throwing stroke and a technically correct way of approaching ground balls.

“He’s an 18-year-old kid, so he’s got refinement ahead of him, but there’s a tremendous base of fundamentals to go along with elite physical tools, much of which came on this spring. He made an unusually big jump from the summer to the spring and laid down a dominant high school season and looked like the best player in the draft all spring.”

Holliday’s father, Matt, was a seven-time All-Star who played 15 seasons from 2004-2018 with Colorado, St. Louis, Oakland and the New York Yankees.

“The last year that he played I was 14 years old,” Holliday said. “I remember being in the clubhouse ever since he got to St. Louis [in 2009]. I feel like it’s definitely an advantage. I’ve gotten to see what it takes to get to the major leagues and how players at the top of their game, how hard they still work to maintain it.”

Matt Holliday was an excellent player, but he had challenges, too.

“As a kid, he never made it noticeable about how good or how bad his game was, and that’s something I’ve taken from him,” Holliday said. “How well he handled failure. That’s something I want to be really, really good at. That’s what you need to be good at when you’re getting into this lifestyle.

Elias was working with the Cardinals when Holliday came to St. Louis.

“I think he shares some of the physicality and explosiveness and speed that Matt had,” Elias said. “They play different positions. Jackson’s left-handed. He’s his own player in that regard.

“There were a lot of players with bloodlines in their favor. I think with Jackson, that’s always a feather in the cap for the player. The family, the way they raised these kids, the work ethic in particular, the entire support system around him is just going to be in the plus column for his development.”

The Orioles selected Dylan Beavers, an outfielder from the University of California, with the 33rd pick in the competitive balance A round. The 20-year-old hit .291 with 17 home runs and 50 RBIs and a 1.060 OPS.

Max Wagner, a third baseman from Clemson, was the Orioles’ pick in the second round. The 42nd overall pick was the Atlantic Coast Conference Player of the Year. Wagner hit .370 with 27 home runs and 76 RBIs and a 1.348 OPS.

Jud Fabian, an outfielder from the University of Florida, was the Orioles’ pick in the competitive balance B round. He hit .239 with 24 home runs and 55 RBIs with a 1.013 OPS. The Orioles wanted to draft Fabian last year, but Boston drafted him a spot before they picked second baseman Connor Norby. He didn’t sign with the Red Sox and returned to school.

The pick was obtained from Miami in the trade for relievers Tanner Scott and Cole Sulser.