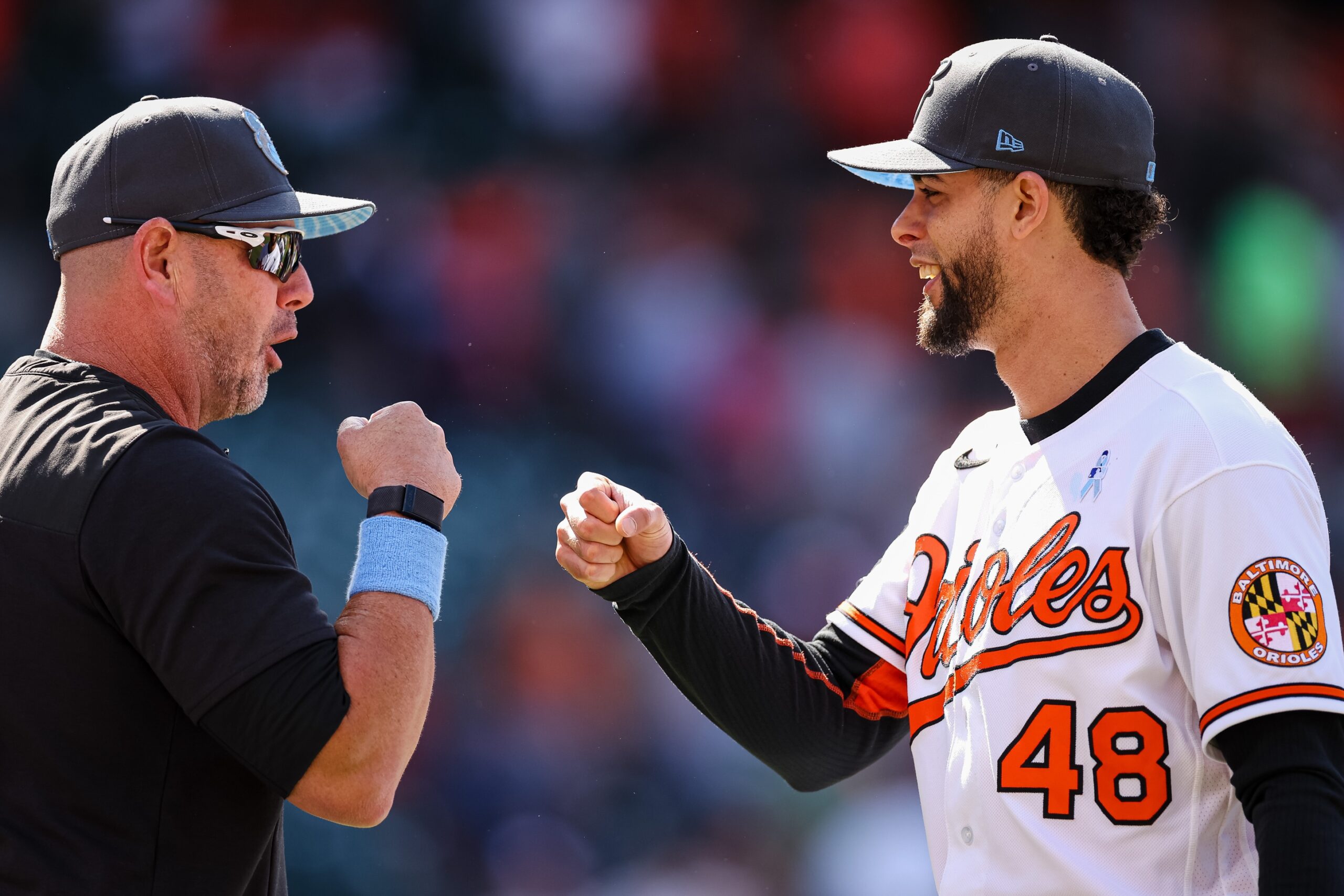 Superstitions are common in baseball, and Hyde will keep those rituals intact as long as the Orioles keep winning.

He usually doesn’t wear his uniform jersey, preferring a grey hoodie, but as long as the team keeps winning, the uniform top stays on.

With the long winning streak, Hyde has been interviewed more often than he’s used to by the national media. He’s hearing from more people than he normally does and is fielding more ticket requests.

“It’s really nice to hear from people that I haven’t talked to in a long time,” Hyde said. “I’ve gotten a lot of texts from around the league, friends that I haven’t talked to in a while. I’ve really appreciated that. It’s nice to have our team be noticed. It’s nice that our players are being recognized for things. That’s the most important thing.

“Our players are being recognized for what they’re doing. They’ve played really good baseball the last couple of months. The league knows that, they’re talking about it. Our players deserve all the credit for everything they’ve done, just happy for them.”

The Orioles began their season at Tropicana Field on April 8th, and they were swept in the three-game series by the Tampa Bay Rays, and outscored 17-5.

“It feels like a long time ago,” Hyde said. “We didn’t play well that series. I remember that. We haven’t played very well here the last few years. Hopefully we can play a good series here this series. I love the way we’re playing right now, and it’s just got to continue.”

Hyde has often acknowledged that with a truncated spring training, he had more questions about this team when it began play on Opening Day.

“Going into that opening series, I had no idea about our bullpen,” Hyde said. “I had no idea what we were going to do rotation-wise.”

The Orioles were going to use piggyback starters, but when Dean Kremer strained his left oblique warming up during the third game of the season against the Rays on April 10th, Hyde had to alter his plan.

“That got thrown out the window,” Hyde said. “I think at that point we were scrambling pitching-wise, and I was nervous about what the season was going to look like on the mound just because we were so inexperienced in the bullpen,  but they’ve all thrown the ball extremely well, both in the rotation and in the bullpen.

“I think our young position players have continued to improve, and that was a major focus. Our veteran guys have been a huge influence on our players. A lot has changed since that opening series for the good. It feels like a long time ago.”

The Orioles have only one All-Star, reliever Jorge López, and perhaps if the winning streak had occurred a week earlier, the team would have had more representatives.

“I just think we’re getting more national attention right now because of the streak,” Hyde said. “Ryan Mountcastle and Austin Hays would be more on people’s radar maybe than two weeks ago.”

“Losing series after series and having tough losses all the time with a lot of the same guys, especially in the lineup,” Hyde said. “For them to enjoy success, for them to feel what it feels like, that’s been really, really gratifying.”

Rotation update: Austin Voth will be in the bullpen for this series. Hyde said that Jordan Lyles would likely start on Sunday, the final game before the All-Star break.