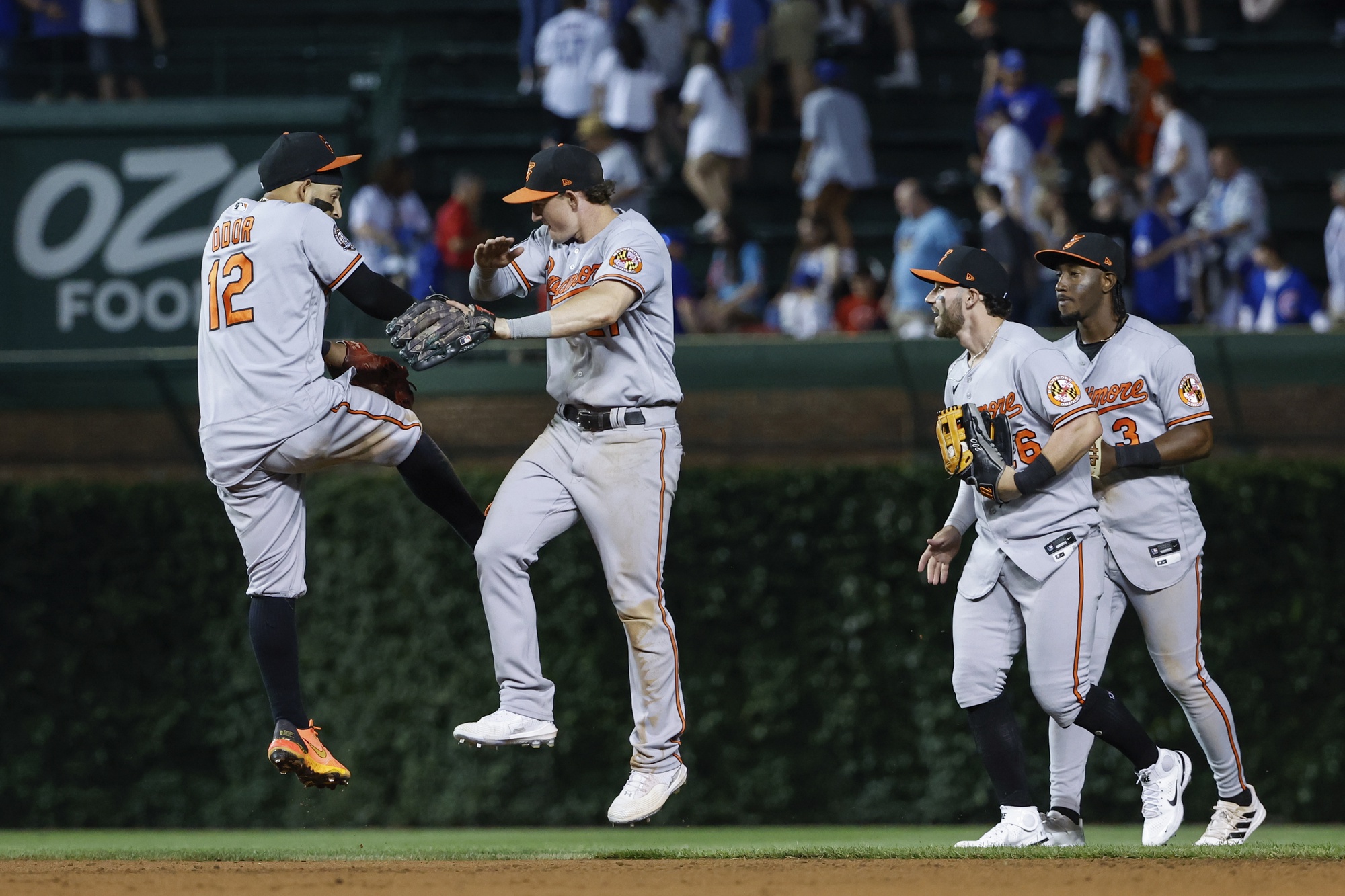 CHICAGO—For the first time since 1999, the Orioles have a nine-game winning streak, and they’ve reached the .500 mark.

The 4-2 win over the Chicago Cubs before 31,079 at Wrigley Field on Tuesday night put them at the breakeven point for the first time this late in a season since September 9th, 2017 when they were 71-71.

It’s the longest winning streak since the Orioles won 13 straight from September 7th-22nd, 1999.

Jordan Lyles (6-7) threw another solid start, allowing two runs on seven hits in seven innings. He struck out five and walked one.

“Obviously, there wasn’t a lot of hoopla around our team coming into the season, but this streak in particular is just fun to watch,” Lyles said. “We’re playing baseball all around. Some games we’re throwing it lights out, some days we’re mashing it, getting extra-base hits one after the other. That’s the sign of a good team when you can win baseball games in different ways.”

Lyles says the Orioles haven’t thought about the implications of the streak.

“We’re just enjoying this ride that we’re on, this momentum that we have,” Lyles said. “Not only is it fun to win multiple games in a row, but it’s just as exciting to see these guys realize how good they can be, what direction this organization is heading in.”

The Cubs (34-53) got runs in the first and second against Lyles. Ian Happ hit his ninth home run with two outs in the first, and in the second, Alfonso Rivas’ RBI single scored Nico Hoerner.

In the third, Cedric Mullins singled and moved to second on a balk by Adrian Sampson (0-1). He scored on Anthony Santander’s single.

Ramón Urias, who had three hits, hit his seventh home run in the fourth, scoring Adley Rutschman to give the Orioles a 3-2 lead.

Urías, like many others played on a team that lost 110 games last season, and he’s enjoying the experience.

“I’ve been here, this is my third season now, the last couple of seasons didn’t go well, a lot of losses, and of course, we’re enjoying this time,” Urías said.

The biggest defensive play for the Orioles came in the bottom of the sixth when Chicago trailed 3-2 and had first and third with one out. Hoerner lined to Urías at third, and he stepped on the bag to force Seiya Suzuki, who was far off third base.

“There was a lot of action every inning, except the seventh I guess,” Lyles said. “It was a weird one, not too many balls were hit hard, but I gave up a lot of hits.”

Jorge Mateo led off the seventh with his seventh home run against Brandon Hughes.

Lyles finished his night with a spotless seventh inning, his only one of the game, striking out Rivas, retiring Yan Gomes on a fly to left and striking out David Bote looking.

At the end of the game, after many Cubs fans departed, a large number of Orioles fans who traveled to Chicago for the series chanted for their team as manager Brandon Hyde enjoyed his first visit to Wrigley as Orioles’ manager.

“We had a ton of fans here,” Hyde said. “They were loud. It was a great atmosphere, I’m appreciative of all the Orioles fans that came out here and supported us because they were loud tonight.”

Urías was surprised to hear the Orioles’ fans at Wrigley.

“It was unbelievable,” he said. “It was the first [time] we’re on the road and we had that many fans on the road. It feels awesome.”

Bowie and Aberdeen both had their games rained out.