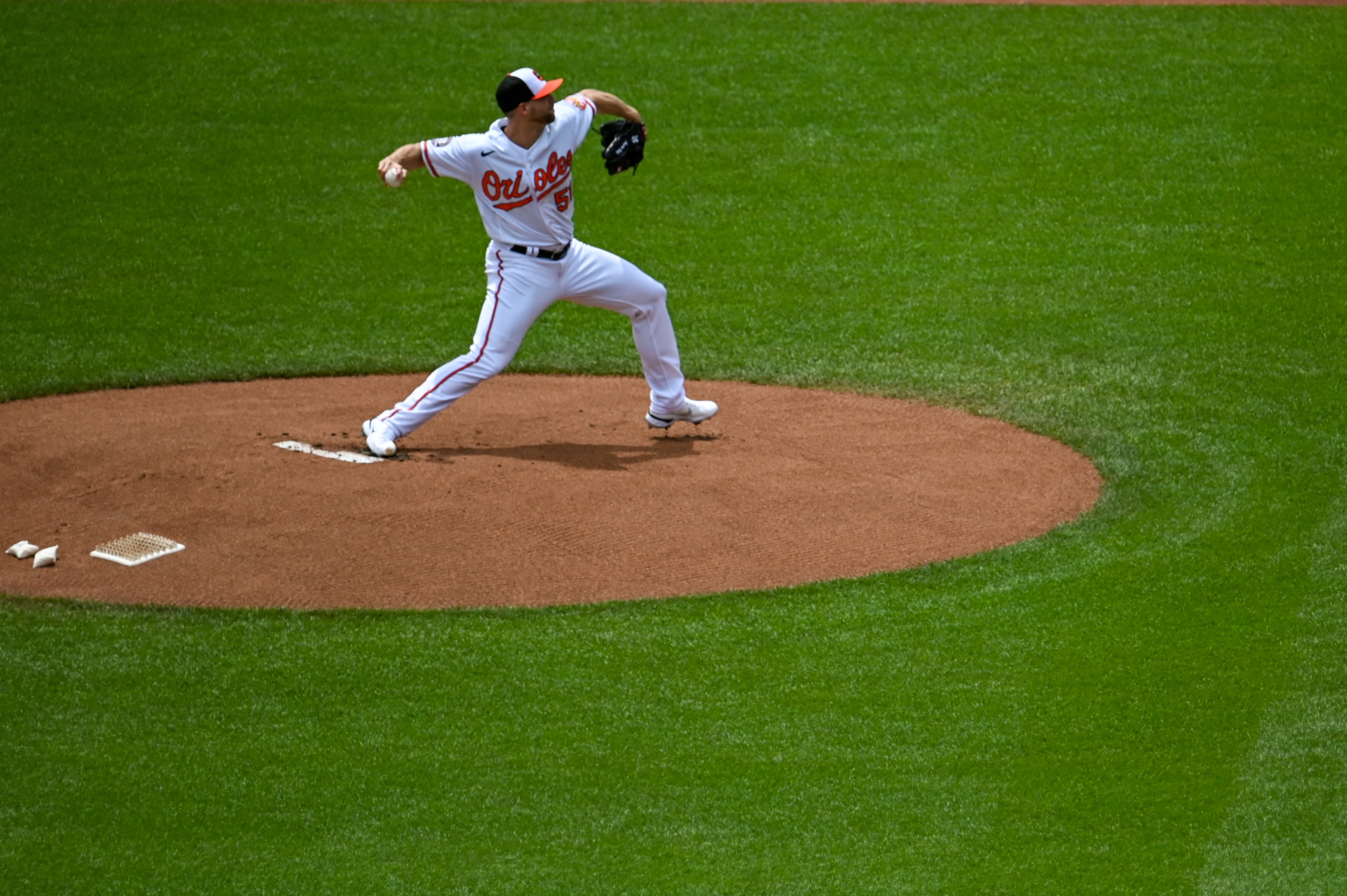 BALTIMORE—The Orioles concluded a perfect homestand, their final one before the All-Star break, with a resounding win and their first eight-game winning streak since April 22nd-May 1st, 2005.

The Orioles moved to within one game of .500 with a 9-5 victory over the Los Angeles Angels before an announced crowd of 19,521 on Sunday.

It’s the first time the Orioles (43-44) have completed an undefeated homestand of seven games since August 3rd-9th, 2004.

“It’s crazy. It seems like each and every day we go out there and we’re going to win,” first baseman Ryan Mountcastle said. “It’s just this weird aura. I don’t know what’s going on, but it’s awesome.”

Oriole starter Austin Voth (1-1) pitched five innings and allowed a two-run home run to Monte Harrison in the third. He gave up four hits and struck out six. It was Voth’s fifth start, and his longest.

“Each start I feel like I’m progressing,” Voth said. “Getting better. I’m throwing more pitches. They’re expanding me out and allowing me to go deeper in games. That’s the goal.”

Voth was claimed off waivers from Washington on June 7th. He was moved into the starting rotation after three relief appearances.

“I really like his pitch mix,” manager Brandon Hyde said. “I know he wants to start. He’s really appreciating this opportunity, and he’s really going for it. It’s nice to see him get a win today.”

The Orioles had four-run innings in the fourth and fifth to take an 8-2 lead.

Ramón Urías had three RBIs with a two-run double in the fourth and a run-scoring single in the fifth.

“We’ve won in a lot of different ways,” Hyde said. “Winning breeds more confidence … This is a really fun team.”

Angels starter José Suarez (1-3) retired the first 10 Orioles until he hit Trey Mancini with a  pitch and Mountcastle drove him home with a double. After walks to Anthony Santander and Adley Rutschman, Urías’ double made it 3-2.

An RBI single by Rougned Odor against Elvis Peguero gave the Orioles a 4-2 lead.

“I thought we started taking really good at-bats from the fourth inning on,” Hyde said.

The Orioles were assisted in their four-run fifth by an error to third baseman Jonathan Villar, a wild pitch, a balk and a passed ball.

Angels catcher Max Stassi hit a two-run home run against Rico Garcia in the eighth to cut the lead to 9-5.

Voth was with the 2019 Washington Nationals. Alhough he didn’t pitch for the World Series champions in the postseason, he did pitch in late-season games for them.

“Right now, we’re doing everything well,” Voth said. “We’re pitching well. We’re hitting well. We’re playing good defense. We have a good bullpen. We have a lot of good factors that contribute to winning and having success. That’s all you ask for.”

“We’re really playing with a lot of energy right now.,” Hyde said. “It’s easy to not come out with energy after an emotional week and being down 2-0 early. Our guys stayed in it. There was a ton of encouragement in the dugout, like always, and I thought we played really good baseball.”

Sedlock traded: The Orioles traded right-handed pitcher Cody Sedlock, their No. 1 draft pick in 2016, to Detroit for cash considerations. Sedlock allowed five runs on six hits in three innings in his only major league appearance on May 29th in Boston.

Notes: The Orioles optioned left-hander Bruce Zimmermann, who pitched a scoreless sixth inning in Saturday’s game, to Triple-A Norfolk. Hyde said that Zimmermann would return to the Tides’ starting rotation. … The Orioles selected Garcia’s contract before Sunday’s game. To make room for Garcia on the 40-man roster, Travis Lakins was transferred from the 15-day to the 60-day injured list. … Marcos Diplán cleared outright waivers and was assigned to Norfolk. … Austin Hays was given a day off to rest his sore right wrist. … Odor, who was credited with two stolen bases in Friday’s game, had those steals removed and changed to defensive indifference. … After a Monday day off, the Orioles play two games at Wrigley Field against the Chicago Cubs on Tuesday and Wednesday nights. Jordan Lyles (5-7, 4.50) and Spenser Watkins (2-1, 4.15) will be the Orioles’ starters. The Cubs haven’t named theirs.