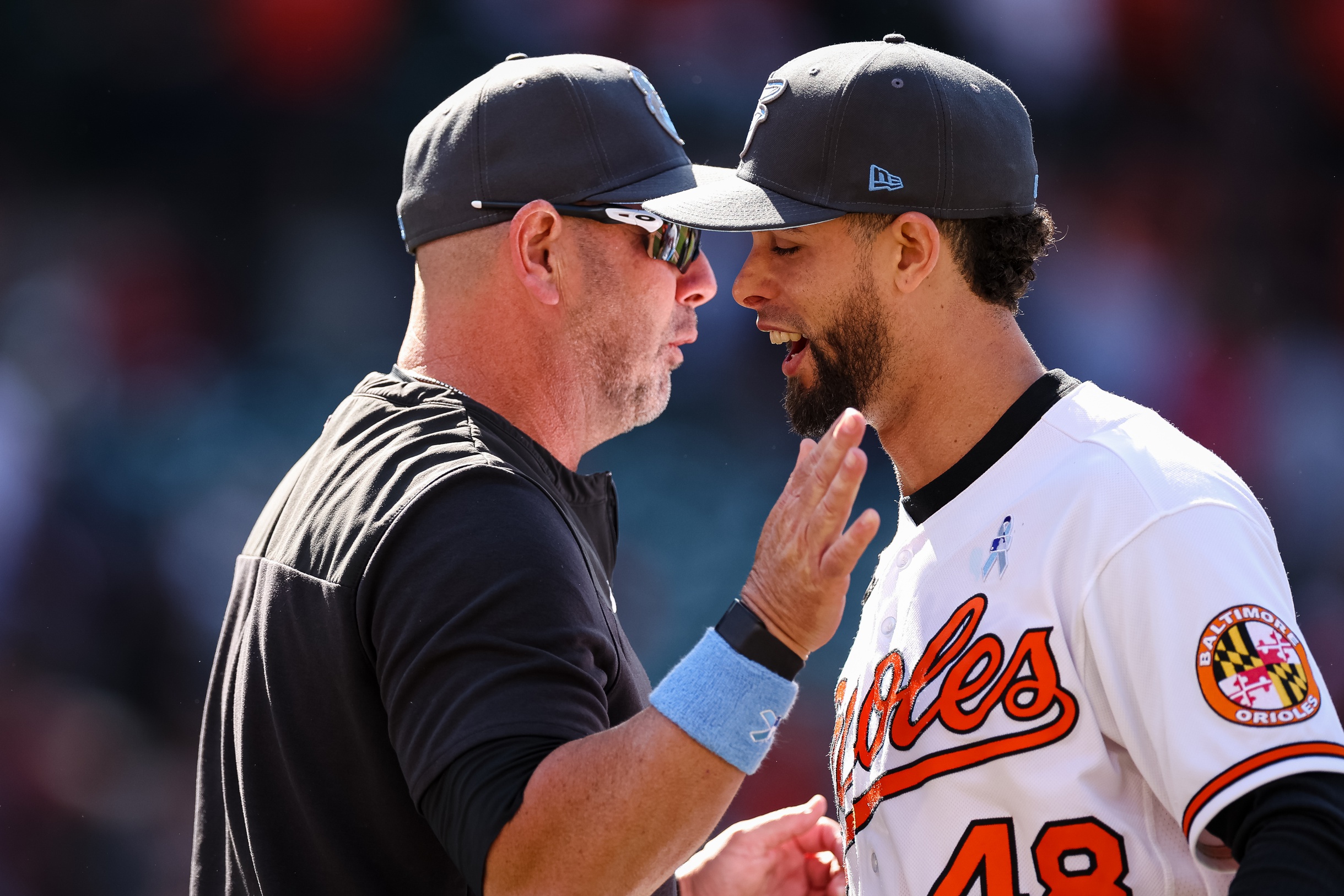 BALTIMORE—A season ago, when Jorge López struggled as a starter, it would have been a stretch to imagine him as the Orioles’ representative for the American League All-Star team.

López, who was 2-14 with a 6.35 earned-run average as a starter, was moved to the bullpen late last season and impressed the Orioles with a 2.16 ERA in eight appearances. He was chosen by manager Brandon Hyde to be the team’s closer this season, and he has embraced the role.

“I know he’s had a couple of rocky outings, but he has been the reason why we’ve won so many games,” said Hyde, whose team has won eight in a row and is one game under .500.

What has most impressed Hyde and his teammates is López’s character. It’s been evident in his makeup as a closer and how he cared for his 9-year-old son Mikael, who has had a series of challenging medical conditions.

“To add this to my career and my family is huge,” López said. “I’ve been thinking a lot, [not only about] me, just my son, who’s going to deserve this. He’s the one who’s been motivating me. He’s the one who I [come] here every day [for] to do my job and live my dream.”

The 28-year-old López was picked in the second round of the 2011 draft by Milwaukee from his native Puerto Rico. He pitched three seasons for the Brewers, moved on to Kansas City and was claimed off waivers by the Orioles in August 2020. Now, he’s an All-Star.

Hyde told López before Sunday’s 9-5 win over the Angels that he had made the team.

“I got so nervous,” López said. “I didn’t expect it—for real. I feel like a little child about it.”

López will take his son to the game at Dodger Stadium on July 19th. His teammates are excited for him.

“Everybody really got pumped about it,” López said. “It’s a dream come true, for sure.”

Hyde grew emotional talking about López and apologized for not being able to continue.

“He’s had to deal with a lot and not only baseball-wise, but with his family and personal situation,” Hyde said. “We got to see that first-hand in Boston for his son’s birthday.”

Bryan Baker, one of López’s fellow relievers, was thrilled for him.

“I think it’s nice to have a steady presence at the back end of the bullpen that has the caliber of stuff that he has,” Baker said. “He’s somebody that all the guys in the bullpen can look up to and see the way that he goes about his business in the right way.”

“All the more special to see the success he’s had, and it’s really awesome to see just the quality of person he is and what’s he going through and still being able to go out there and put up zeroes,” he said.

“The truth is, he’s really important,” Bautista said. “No matter what’s happened lately. He’s showed that he’s a proven closer, and that he’s our closer.”

At first base, Ryan Mountcastle has had a good view of López’s success.

“If he’s not on our team, I don’t know where we’re at,” Mountcastle said. “He’s been unbelievable all year. For him to get the All-Star nod, I’m so happy for the guy. He’s been through a lot and for him to be in the situation, I’m so happy for him.”