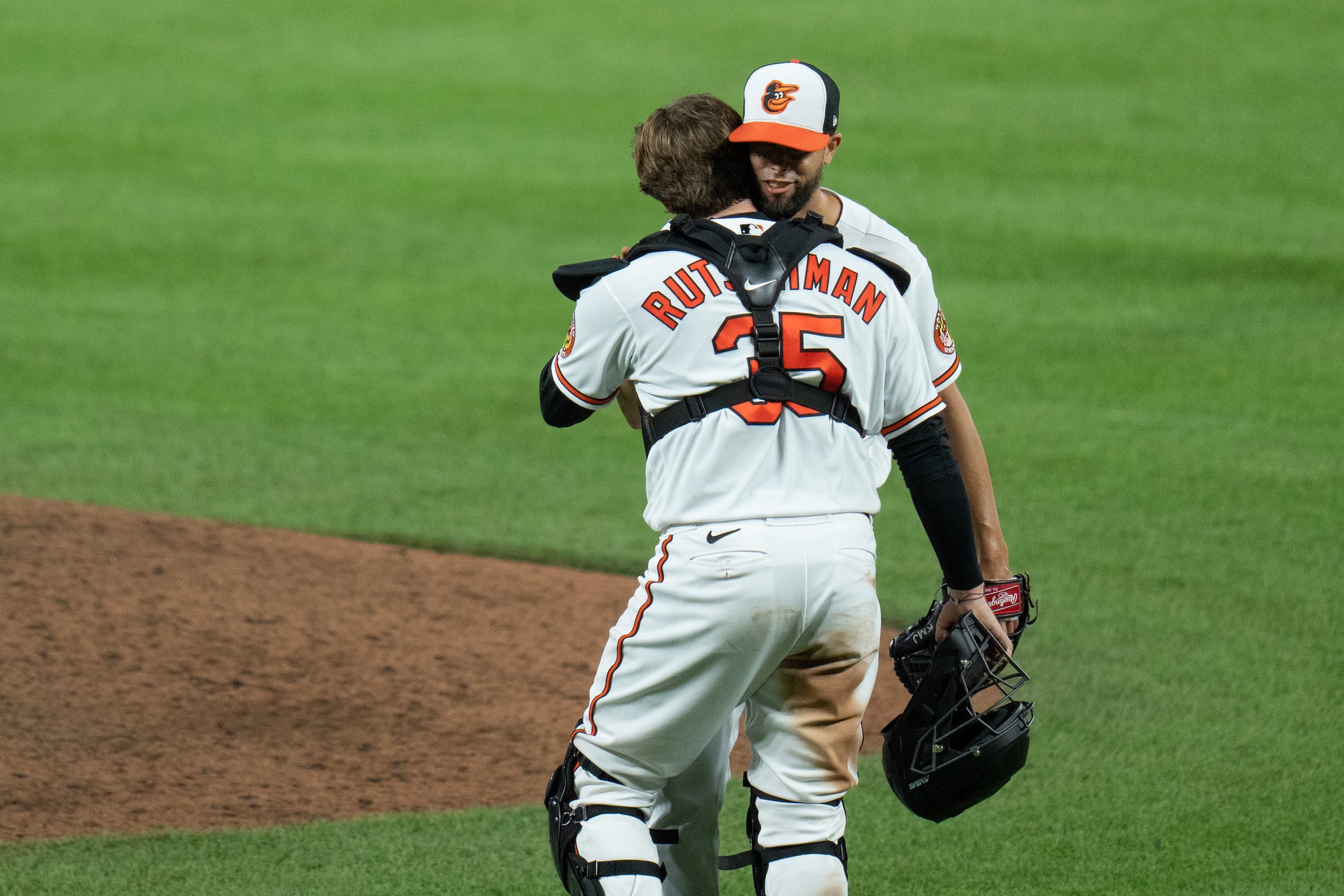 BALTIMORE—For nearly two months, the Orioles have played .500 baseball. They’re still in last place in the American League East, but since May 12th, when they were 14-18, they’ve won 26 of 52 games.

While there’s no guarantee that this stretch, comprising nearly a third of the season, will sustain itself for the rest of the season, it’s given them plenty of confidence.

The Orioles won their fifth in a row on Thursday night with a strong start from Jordan Lyles, excellent relief pitching, two fine plays in center field from Cedric Mullins, and catcher Adley Rutschman’s first home run at Camden Yards.

Their 4-1 win over the Los Angeles Angels before an announced crowd of 13,088 gave them their longest winning streak since they won six straight from August 7-13th, 2020.

“I feel like our team comes to the ballpark feeling like we’re going to win,” manager Brandon Hyde said. “That’s a different feeling, I’m not sure that’s been in the clubhouse for the last few years because of our pitching. Our pitching gave up one run tonight.”

“The past month or so the starters have done an outstanding job,” Hyde said. “Our bullpen has exceeded all expectations and are continuing to throw well and throw with confidence. I want to keep it going.”

Lyles had a rough first, loading the bases on a single by Jonathan Villar and walks to Shohei Ohtani and Jared Walsh. Luis Rengifo flied to right to end the inning.

“To start with, it was a grind. It was tough,” Lyles said. “It wasn’t the typical first inning that you would typically want.”

In the second, Jordan Marsh singled with one out, stole second and advanced to third on a wild throw by Rutschman. After Kurt Suzuki struck out, Villar inexplicably tried to bunt with two outs and grounded out to Lyles to end the inning.

Lyles left the game after Michael Stefanic led off the seventh with a long double to left. After Joey Krehbiel came into the game, Stefanic scored on a sacrifice fly to center.

Outstanding defense helped Lyles when Mullins made a sprawling catch in left-center on a liner by Rengifo to begin the fourth. Mullins made another outstanding catch on Mike Trout, Cionel Pérez’s first batter to begin the eighth. He jumped in front of the right-center wall and prevented an extra base-hit and possibly a home run.

Pérez finished the inning by striking out Ohtani and Taylor Ward looking.

Closer Jorge López threw a scoreless ninth for his 15th save.

Rutschman’s first home run in Baltimore came with one out in the second. It was his fourth and was a liner that just cleared the wall.

“A home run is a home run,” Rutschman said. “Would I have liked it to go off the warehouse? Probably. I’ll take a home run.”

“It’s always great to play on a good team, but I think what makes it is the guys around you,” Rutschman said. “When you’re surrounded by quality people and quality coaches, I think that makes for the experience in itself, and I think when you have guys who mesh well because of the character and the quality of the people, that’s what’s really important and allows for us to create those bonds.”

A two-out double by Ryan Mountcastle to deep center scored Anthony Santander in the third for a 2-0 lead.

In the fifth, Angels starter Chase Silseth (1-3) allowed two more runs as Jorge Mateo led off with a single and stole his 21st base of the season. Mateo advanced to third on a bloop single to center by Mullins.

Trey Mancini singled against Andrew Wantz to score Mateo, and a sacrifice fly to right by Mountcastle scored Mullins.

Lyles has been impressed with what he’s seen during the past third of the season.

“I definitely think we’re a .500 club or better for the rest of the year—for sure.”

Minor league update:  Second baseman Terrin Vavra had three hits and leftfielder Richie Martin drove in two runs in Triple-A Norfolk’s 7-5 win over Jacksonville. Shortstop Jordan Westburg had two hits and is batting .330 since his promotion to the Tides.

Double-A Bowie was held to four hits in a 5-0 loss to Somerset. Centerfielder Colton Cowser was 1-for-3 and is hitting .360.

Rightfielder Heston Kjerstad had three hits in Single-A Delmarva’s 12-4 loss to Salem. Kjerstad is batting .446 in his professional career.

Call for questions: I’ll be answering Oriole questions in the next several days. Please email them to: [email protected].