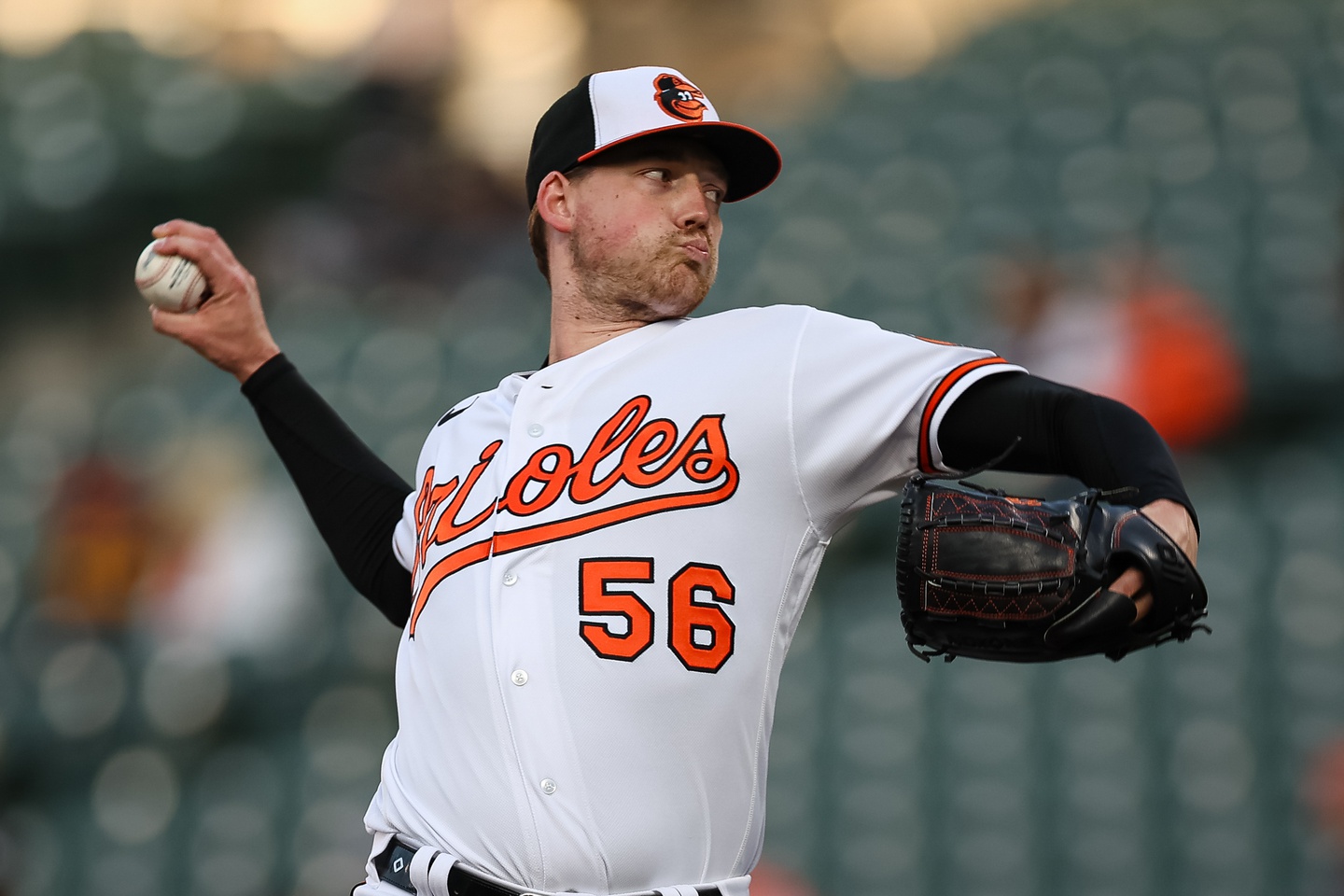 BALTIMORE—Oriole starting pitcher Kyle Bradish, who’s on the 15-day injured list because of right shoulder inflammation, will make a rehab start for Double-A Bowie at Somerset on Saturday night. It’s Bradish’s first start since June 19th, and it won’t be his last in the minor leagues, according to manager Brandon Hyde.

“We’re going to build him back up,” Hyde said. “He’s going to do two or three starts in Triple-A potentially, or in the minor leagues. I’m not sure the schedule. The first outing is going to be three to four innings and build him back up to be a full go before he comes back up here.”

“We’re not going to bring him back up here if he can’t throw five or six innings, so we’re going to build him up that way.”

Matt Harvey, whose 60-game suspension for distribution of opioids has ended, will make his first start for Triple-A Norfolk at Jacksonville on Friday night.

Ignoring trade talk: The trade deadline is August 2nd, and the Orioles might be an active team.

“Everybody’s aware of the business of the game,” Hyde said. “Everybody’s aware that players move and organizations make moves to benefit them currently and in the future. Those are decisions we have no control over. We’re going to control what we can. I want our guys to show up and get ready to play, and whatever happens, happens.

“I think we do have that mindset here. I don’t sense any sort of, ‘what if?’ But we are all professionals and know the nature and the business of the game. Right now, we’re in last place in our division. Someday we’ll be in first place in our division, but right now, it’s one foot ahead of each other, and we’ll see what happens.”

The Orioles begin Friday’s game against the Angels five games out of the final wild-card spot, trailing Toronto, but they also trail Cleveland, Seattle and Chicago.

Sulser waits: Since Beau Sulser was acquired off waivers from Pittsburgh on May 14th, he has pitched in eight games, one for the Orioles on May 27th, and eight for Triple-A Norfolk.

Sulser was on the taxi squad for part of the last road trip in Chicago and Seattle. Since Wednesday, he has been waiting in the bullpen for another chance.

“It’s definitely been hectic, but in the best way possible,” Sulser said. “I think they’re showing me that they see me helping out this team. Otherwise, I wouldn’t be moving up and down, so it’s definitely better than the alternative.

“People are throwing really well and people are staying healthy. You go on the taxi [squad] just in case something happens. When you go throw 15 pitchers and everybody throws well, you’re not going to need the guy on the taxi.”

As a member of the taxi squad, Sulser got to travel with the Orioles, and get major league meal money, but didn’t receive a major league salary or service time.

“Now that I’m activated, I can pitch here soon and earn my keep a little bit.”

Taxi squad members can’t be in the dugout or bullpen during the game.

“When you’re in Triple-A and even when you’re on the 40-man [roster], it still seems not too close because I’m still at Triple-A,” Sulser said. “Then when you’re here you throw with all the guys, you’re at the stadium, so it’s definitely bittersweet.

“The nice thing about being on the taxi squad is I try to take advantage of that aspect that you know you’re not pitching in the game, I know I’m not activated. I know I’m not pitching in a game, I can do a little bit of extra other stuff I might not be able to do if I’m in Triple-A or activated in the big leagues … Otherwise, I just go back to the hotel and try to watch the game.”

Notes: Pitcher Chris Ellis, who had season-ending shoulder surgery in May, was in the clubhouse. Starting pitcher John Means also has been on hand for this series.  … The first 25,000 fans 15-and-over at Saturday’s game receive Oriole Hawaiian shirts.