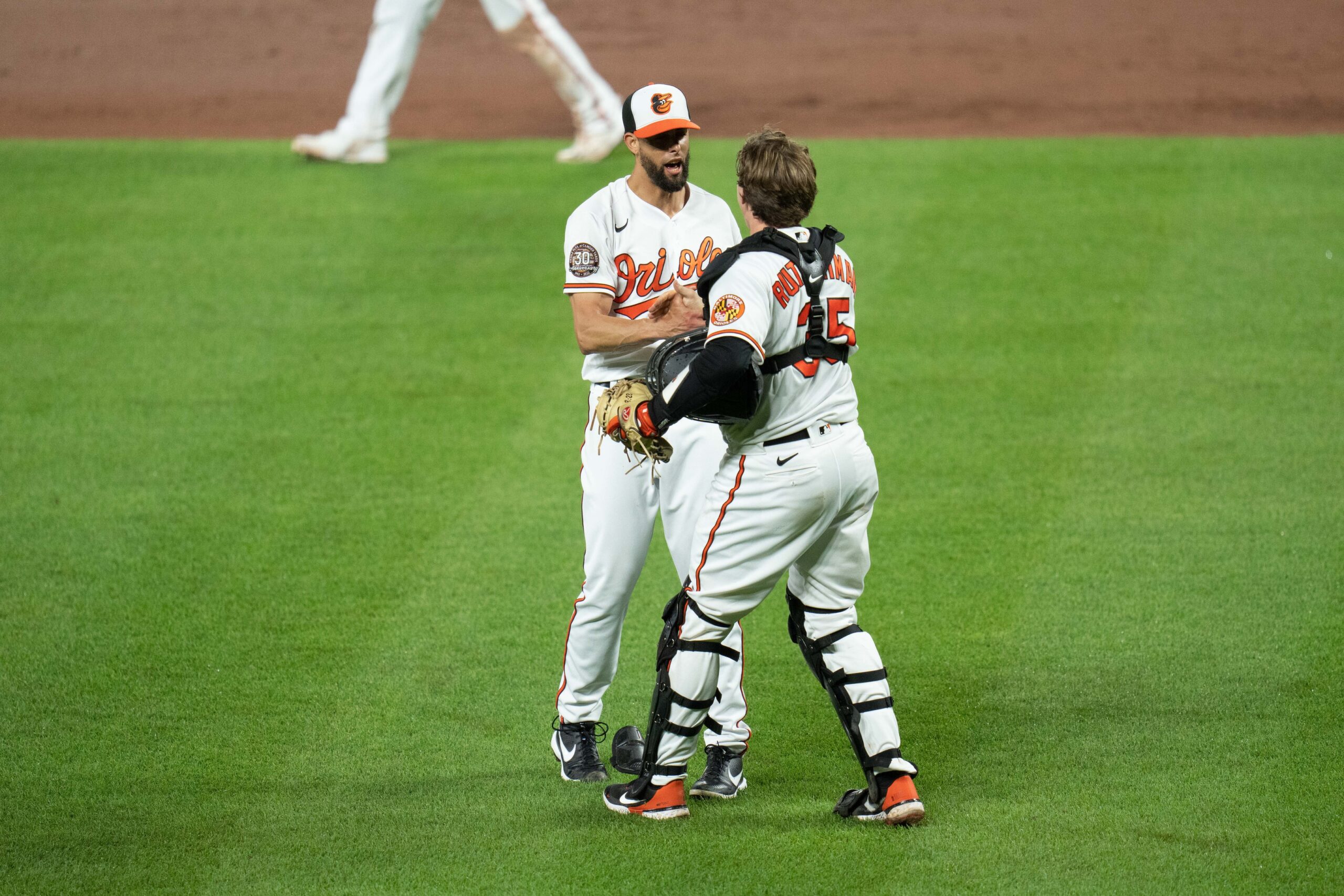 BALTIMORE—Starting pitcher Spenser Watkins has been a pleasant surprise for the Orioles. Last year, Watkins was 2-7 with an 8.07 earned-run average. This year, he is 2-1 and has allowed two earned runs on 12 hits in 17 2/3 innings in his past three starts.

On Wednesday night, in his third start since returning from the injured list after getting hit on the elbow by a line drive, Watkins threw a career high 6 2/3 innings and gave up just a run on four hits to lead the Orioles to their first series sweep of the season with a 2-1 win over the Texas Rangers before an announced crowd of 7,648 at Camden Yards.

“Any time you can push yourself is a fantastic feeling,” Watkins said. “Going into the seventh after we had a few bullpen guys used [Tuesday] night. I wanted to hold the ball as long as I could and eat as many innings as I could.”

Manager Brandon Hyde removed Watson with two outs in the seventh with Kole Calhoun at first after a walk, his only one of the game. Watkins struck out three.

Leody Taveras, who drove in Texas’ only run, singled against reliever Bryan Baker before he got Charlie Culberson to ground out to short.

Baker struck out Marcus Semien to begin the eighth and was replaced by Cionel Pérez, who got the final two outs to take the game to the ninth.

With a one-run lead, Hyde went back to closer Jorge López, who had allowed home runs in his last three outings, with blown saves in two of them. He allowed one hit and struck out two in a scoreless ninth for his 14th save, but it wasn’t without an anxious moment. After getting two quick strikes on Brad Miller, he hit a long drive to right that just curved foul. López then struck him out on a changeup for his 14th save.

“That was really close, man,” López said. “I’m still mad about the pitch.”

López was given off on Tuesday night when the Orioles’ bullpen was battered in a 10-9 win. Hyde said he asked to pitch in a save situation.

“He wanted to be in there,” Hyde said. “I would have loved to have had a three-run [lead] but, of course, it’s a one-run lead with all left-handers coming up in the middle of their order. I just wanted show him confidence.

“Great to see the emotion from him after the game. It’s not easy being in a role for the first time and having such a great start and having a couple of tough outings and to deal with that … he’s never had to deal with any of that before, and to come out tonight and pitch in a 2-1 game in the ninth and get a punchout to end it, that must have felt great.”

López, who could be the Orioles’ representative for the All-Star Game when it’s announced on Sunday, wanted the ball in the ninth.

“I feel I have to do my job, too,” López said. “Some struggles I know are going to happen. You just feel better when you come back.”

López is popular among his teammates.

The win was the Orioles’ fourth straight, and they’re 39-44.

“Good teams win in different ways,” Hyde said. “The last two games have been shootouts and then tonight we win, 2-1.”

In the bottom of the second, the Orioles scored two runs against Texas starter Greg Otto (4-5). Adley Rutschman and Ramón Urías walked with one out and moved to second and third on a wild pitch by Otto.

First baseman Nathaniel Lowe and Culberson, playing third, collided while attempting to field Rougned Odor’s popup, and Culberson managed to hold on to it.

Ryan McKenna grounded to short, and he beat Corey Seager’s throw, which skipped past Lowe, allowing Rutschman and Urías to score.

Watkins allowed doubles to Calhoun and Taveras in the fifth to cut the Orioles lead to 2-1.

Minor league update: Outfielder Colton Cowser had three hits, including his second home run, and drove in two runs as Double-A Bowie beat Somerset, 5-4. Cowser is batting .364 since his promotion to the Baysox.

Second baseman Connor Norby had two hits and drove in a run. He’s batting .394 since his promotion.

Daniel Federman (0-1) allowed three runs on four hits while recording only one out as High-A Aberdeen lost to Brooklyn, 4-2. The IronBirds were held to just four hits.

Outfielder Heston Kjerstad drove in three runs with two hits and walked twice in Single-A Delmarva’s 7-5 loss to Salem. Kjerstad is batting .429 for the Shorebirds, who scored four runs in the ninth.

Call for questions: I’ll be answering Orioles questions in the coming days. Please email them to: [email protected].