Tate's name might come up in trade talks for Orioles; Zimmermann tries to rebound in Norfolk; Minor league update - BaltimoreBaseball.com 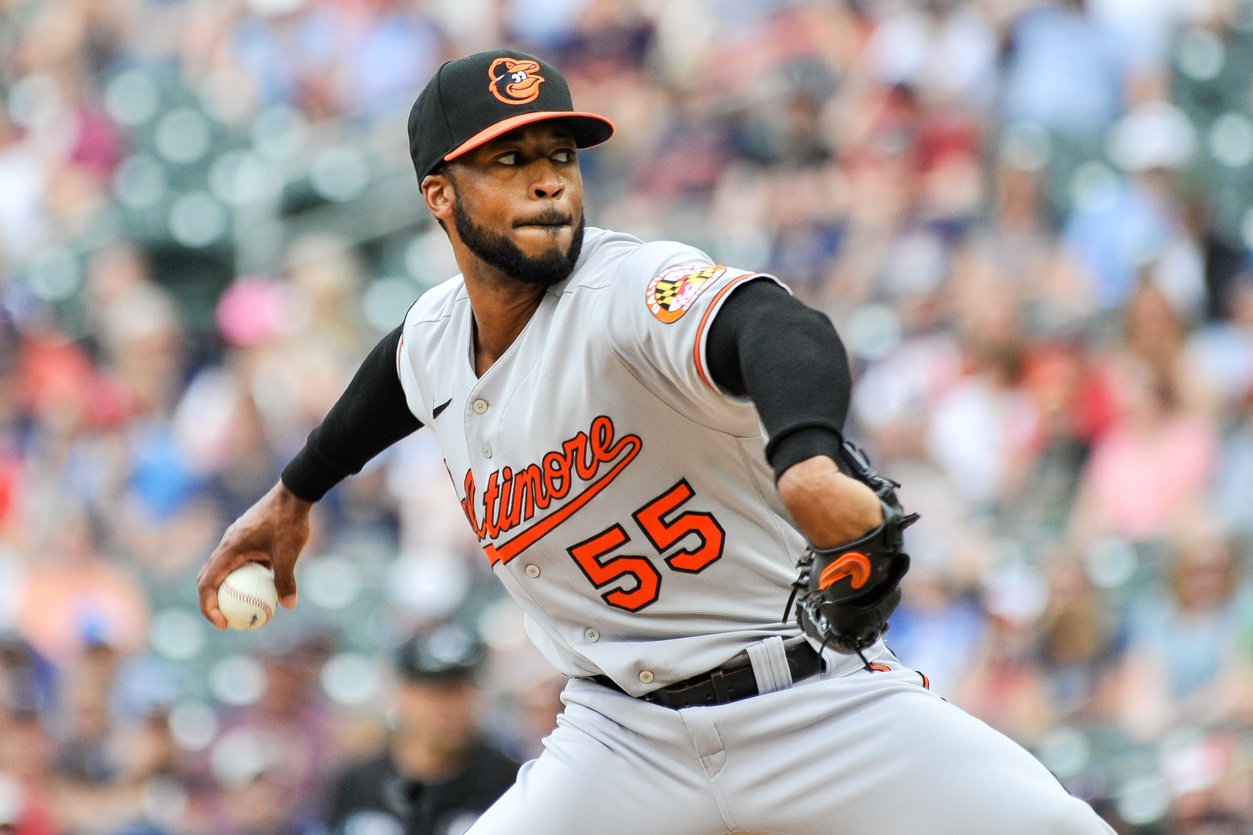 BALTIMORE—The trade deadline for Major League Baseball is on August 2nd. Between now and then, many names will be discussed. Trey Mancini and Anthony Santander are likely to be among them. Perhaps Jorge López might be, too, for teams that need a closer, even though he has struggled in his past three appearances.

Executive vice president/general manager Mike Elias has shown a willingness to trade relievers while they still have multiple years of club control. In return, he has gotten prospects.

In 2020, he traded Richard Bleier, Miguel Castro and Mychal Givens. Just before this season, he moved Tanner Scott and Cole Sulser to Miami.

Many of the prospects are young and in the lower levels of the Orioles’ system. In the trade with Colorado for Givens in August 2020, infielder Tyler Nevin came along with another infielder, Terrin Vavra, who’s playing tor Triple-A Norfolk. There was also  outfielder Mishael Deson, who’s on Single-A Delmarva’s seven-day injured list.

Relief pitcher Dillon Tate might be attractive to a contender because he’s heading into his first year of arbitration eligibility. López will be in his second.

In 34 games, Tate is 0-3 with a 2.11 earned-run average. With López unavailable on Sunday after pitching on Friday and Saturday, Tate recorded his second save of the season, retiring Minnesota’s Max Kepler on a grounder to first and striking out Kyle Garlick and Gary Sánchez. He fell behind Kepler before getting the ground ball, struck out Garlick on a sinking fastball in on the hands, and fanned Sánchez on a slider away.

“The velocity really varies,” manager Brandon Hyde said. “Some night’s he’s up there at 93, 94 and some nights he’s up there at 98, so you don’t know. The slider has been a huge improvement this year. [Sunday] he struck out  Sánchez with a couple of really good sliders in that last at-bat, and the changeup’s gotten so much better the last couple of years, also.”

Tate’s strikeout-to-walk ratio has improved this year. Last year, he struck out just over twice as many batters as he walked (49/23). This year, he’s striking out nearly 4 ½ times as many as he has walked (31/7).

Tate also has hit six batters but has allowed just one home run in 38 1/3 innings.

“Dillon gets in trouble when he gets himself in trouble,” Hyde said. “He usually doesn’t get squared up because he’s hard to hit. It’s about the hit by pitches or about the walks. He started [Kepler] out going 2-and-0. I was really hoping he’d come back and be able to find the strike zone, and he did.

“Maybe before, maybe that inning would have gotten away from him after falling behind the first hitter with a couple of good right-handers coming up — they still had [Byron] Buxton on the bench. They could pop him at any time. That first hitter was so important, if you fall behind in the count and you’re able to get him, that was the game right there.”

Two possible starters: While Austin Voth, who hasn’t thrown more than three innings in any of his first three starts, is scheduled for Tuesday night, the Orioles have two potential starters who appeared on Sunday night in the minor leagues.

Matt Harvey, who threw five scoreless innings for Double-A Bowie, will be eligible to pitch for the Orioles on Friday when his 60-game suspension for distribution of opioids ends.

Bruce Zimmermann, who was sent to Triple-A Norfolk on June 17th, allowed three runs in seven innings. He’s 2-0 with a 4.50 ERA in 18 innings for the Tides.

“I’d like Zimm to pitch down there,” Hyde said. “I wouldn’t rush a guy back up here because he had a good appearance or two down there. Zimm had some things to work on and that doesn’t mean that he isn’t going to back here in a couple of weeks, either. Anything could happen up here. Best case scenario for Zimm would be to get some starts down there, which he’s had a couple, which is great. I loved how he threw the ball [Sunday]. He threw the ball outstanding. That’s good to see. Hopefully, he can keep that going and come back up here at some point.”

Even though Voth hasn’t been extended, Hyde said he didn’t expect to add a fresh bullpen arm because Keegan Akin faced only four batters on Sunday.

Shortstop Frederick Bencosme had three hits and designated hitter Anthony Servideo and second baseman Luis Valdez had two each and drove in runs as Single-A Delmarva beat Salem, 4-3, in 10 innings.