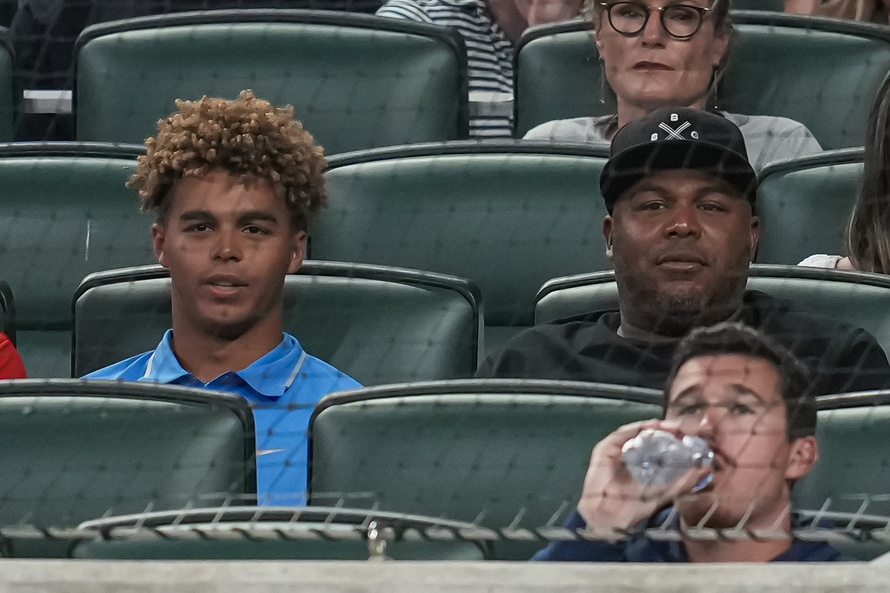 Jim Callis is a senior writer for MLB.com’s @MLBPipeline. He specializes in draft coverage. This interview has been edited for clarity and brevity.

Question: How strong are the players the Orioles are considering for the overall No. 1 pick?

Callis: “I think it’s a pretty strong group of candidates. There isn’t a Stephen Strasburg, Bryce Harper, Adley Rutschman guy in this draft, which you’re talking generational talent, but I do think Druw Jones is the best consensus player in the draft and would be the best consensus player in a lot of drafts. He can do a lot of things. He’s a pretty solid hitter. I think he’s going to be plus power. You’re talking about a Gold Glove centerfielder with  a well above average arm and well above average speed.

“I don’t think there’s a slam dunk college guy that you’d take number one, which is a little bit unusual, but I do think it’s a pretty good crop of talent.”

Q: When Mike Elias talked with reporters earlier this month, he said the Orioles were considering five, perhaps six players with their top pick. Are these four the ones you think the Orioles are going to pick from?

A: “I really feel it’s those four guys and [shortstop] Brooks Lee from Cal Poly. Those are the top five guys from our draft top 250, which just came out. I think they’re looking at the consensus top five guys in the draft.”

Q: Do you think Jones is the best pure player in the draft?

A: “Most teams would tell you that. I realize there’s more to it than who are you going to take at number one. It’s not just ability. What’s it going to cost relative to other guys? I do think he’s the best guy. You could argue that Elijah Green has the higher ceiling, but I think you feel ability about Druw Jones’ ability to hit. He’s a better centerfielder.

“This is a lazy comp, but Druw Jones reminds you of his dad [Atlanta Braves centerfielder Andruw Jones]. I saw him play last summer in the high school All-Star Game at the All-Star Game. I thought I was looking at a version of his dad.”

Q: You alluded to slotting. The Orioles last two top draft picks, Heston Kjerstad in 2020 and Colton Cowser in 2021 were signed under slot. How important do you think slotting will be with the Orioles with the overall top pick?

A: “It matters to some extent because you want to do as much damage in the draft as you can, but at the same time, you don’t want to get overly cute and sacrifice talent with the first pick. I do think it’s different than what they did the last two years when they took Kjerstad and Cowser who were both legitimate guys to go in the top 10 picks, but I don’t think by pure talent, Kjerstad wouldn’t have been the number two pick and Cowser wouldn’t have been the number five pick in the draft.

“I do think this is different. Termarr Johnson is probably the guy who comes with the biggest discount because he might last the longest of those guys. I think it may matter to him to go number one more than the other guys. He might be willing to take a little extra haircut to go number one. I don’t know that for a fact, but that chatter’s out there a little bit.

“I had Termarr Johnson as number one in my mock draft last week and Orioles fans were outraged. They were upset that I focused on the discount part of it, but Termarr Johnson is probably the best pure hitter to come out of high school in a couple of decades. Do you wish he was a shortstop? Sure. He’s not tall or rangy. He’s not a shortstop. I don’t think anybody thinks he’s a long-term shortstop, but if you put the guy at second, he’s the best hitter in the draft, and he’s going to have at least 20 home run power.

“He’s kind of like a Robinson Cano type of player and if you got Robinson Cano with the number one pick, that would be a pretty good pick.

“Termarr Johnson, I don’t know this, I’m just spitballing numbers, might cost you a million or $1.5 million less than Druw Jones.”

Q: In Elias’ first three drafts, the Orioles haven’t taken a pitcher in the first four rounds. Do you think that the Orioles might change their pattern and take a pitcher higher this year?

A: “I think it has to. Two years ago when they took Kjerstad, I think they wanted Nick Bitsko, who was a high school pitcher with their second pick and the Rays beat them to it. I know there’s attrition with pitchers. It’s risky, but you can’t ignore it forever.

“The Cubs built a World Series champion.. They had this great young lineup and they were spending all their super high picks on hitters and then in the end they were never able to develop any pitching. Then they had a couple of drafts where they went heavy on pitching, but it never panned out and it’s hard to trade for pitching. If you want to go to the free agent market, it’s expensive to buy pitching, and you’re going to have to develop it from within.

“This is a really strange draft when it comes to pitching because the best pitchers, college and high school, have gotten hurt. I can rattle off 10 guys who have had Tommy John or some kind of physical ailment at some time this season, and those guys aren’t going to go as high as they would have.

“I don’t think they’re only going to take pitchers, but at 33 and 42 could theoretically get pitchers who would have been middle of the first round types who are coming off of injuries, and if they bounce back like Lucas Giolito or Walker Buehler did, then you’re really in good shape.”

Q: A year ago, many Orioles fans wanted them to take Vanderbilt pitcher Kumar Rocker, and they were upset when they didn’t. He didn’t sign with the Mets because of injury concerns. Is there a possibility that Rocker is available at 33 or 42?

A: “It is possible [but] it’s impossible to know what’s going to happen with him. He’s pitching well in three or four inning stints [with Tri-City] in independent ball. The stuff looks good, but it’s short outings. No one’s seen medical records. Teams will get medical records of some sort at some point. We don’t know how detailed. We don’t know when and it’s great that he’s touching 99 and throwing some wipeout sliders in the early innings, but until you get some inkling of what’s going on with his arm and what caused the Mets to walk away from a $6 million deal last year…Nobody would commit a lot of money to Kumar Rocker without having some sense of what’s going on with him from a health standpoint.

Q: How do you rate Elias’ first three drafts?

A: “It’s very hard to evaluate a draft that quicky. We’re basing it on what guys might be. I think Adley Rutschman is the best catching prospect to come out of the draft, and I’ve been covering it for 30 years. Granted when you’re picking 1-1, you should get a really good player. Gunnar Henderson looks like he’s going to be really, really good, too. You might have a pair of All-Stars just with those two guys.

“I think that’s super promising. The [2020] five-round draft is a little tricky because Kjerstad’s been sick, but [Jordan] Westburg looks pretty promising. [Coby] Mayo looks promising. We’re projecting it out because those guys aren’t in the big leagues, but that looks like a pretty solid draft.

“Last year’s draft, we’ll see. They saved a lot of money on Cowser. The guy they wanted at 41 didn’t get to them. [Second baseman] Connor Norby, I like him. He could be a big league regular. I don’t think they made the best use of their money last year is a way of putting it. Had they knew that [outfielder] Jud Fabian wasn’t going to get there at 41, would they still have done a deal with Colton Cowser because Norby, he was slightly under slot and they just kind of spread it around

“I feel like the jury’s out on the 2021 draft compared to what they got. On the flip side, I think somebody could argue that if you’re picking one, two and five you should have pretty good drafts, too. You’re getting a top five pick in every draft also, but I did think they had some depth in 2020 and I really think Gunnar Henderson is going to wind up being a good second pick behind Adley Rutschman, so I think they’ve done pretty well.”