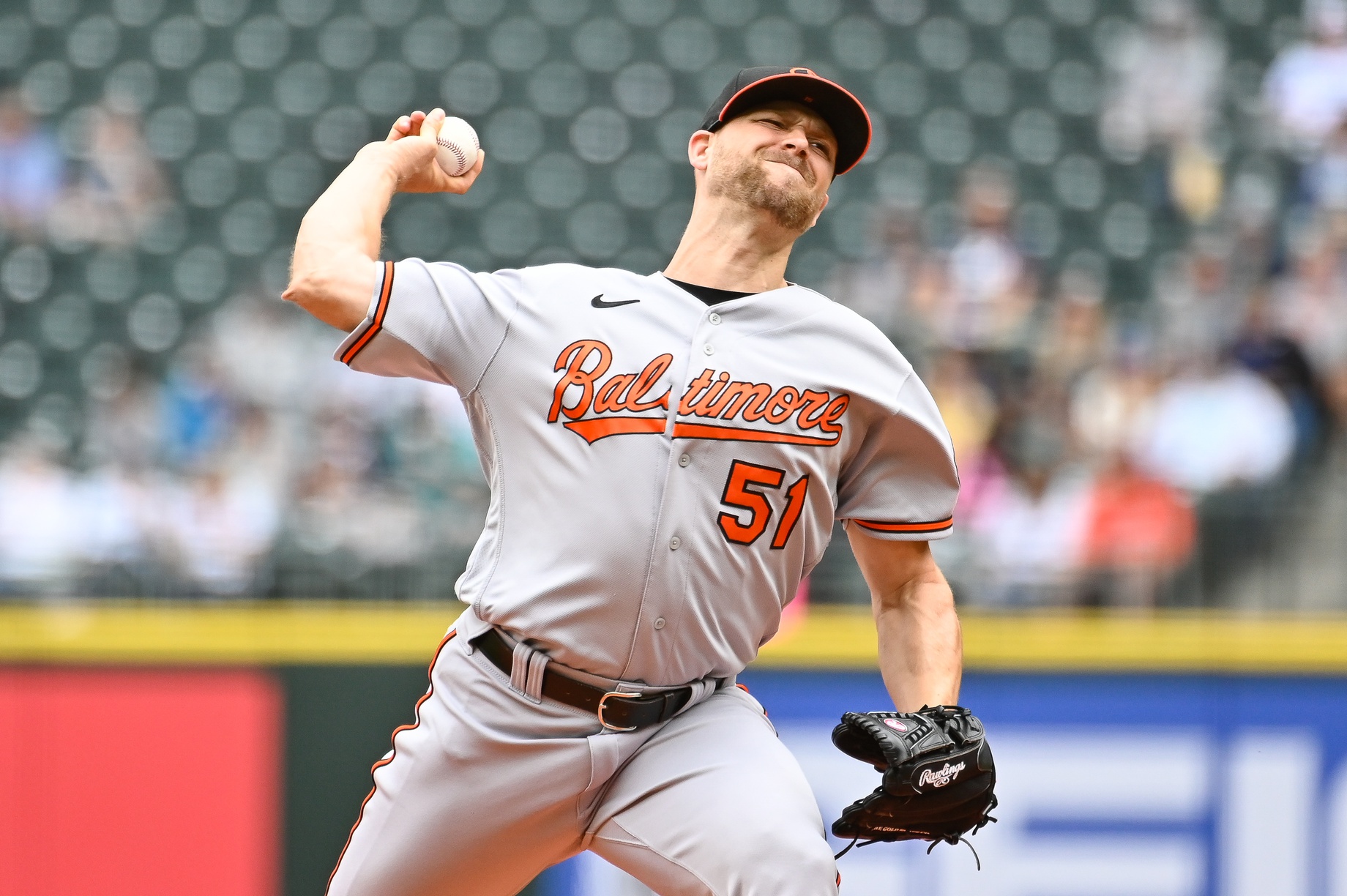 After winning five of six games, the Orioles have lost two straight for the first time since June 9th-10th.

The Seattle Mariners took two of three from the Orioles with a 9-3 win on Wednesday at T-Mobile Park.

After taking three of four in Chicago to begin their 10-game road trip, the Orioles are 4-3 with three games at Minnesota this weekend.

The Orioles struggled on defense and reliever Nick Vespi was hit hard for the first time this season, leading to the lopsided loss.

The Mariners scored three runs in the second and six in the fourth.

Third baseman Jonathan Araúz committed two errors in the second inning on consecutive plays. The first came when he booted a ground ball by Adam Frazier. The second was a throwing error on a bunt single by Sam Haggerty that allowed Abraham Toro to score. It also was poor judgment on Araúz’s part because he had no play at first after fielding the ball and threw wildly past first baseman Trey Mancini.

A single by J.P. Crawford against Oriole starter Austin Voth (0-1) and a sacrifice fly by Seattle’s sensational rookie, Julio Rodriguez, made it 3-0, although just one of the runs was earned.

It was Voth’s third start and manager Brandon Hyde had hoped to get four innings from him, but he was removed after three. Hyde thought he threw the ball well but didn’t get the defensive support the Orioles usually provide.

Nick Vespi, who had allowed just one earned run in 11 1/3 innings in his first five big league appearances, gave up six runs in the fourth and recorded just one out.

An RBI double by Ryan Mountcastle in the fourth and a two-run double by Trey Mancini in the fifth against Chris Flexen accounted for the Orioles’ three runs. Flexen (4-8) allowed the three runs on seven hits.

Baker, Dillon Tate and Jorge López combined to allow one hit in the final 4 2/3 innings, but the Orioles didn’t score after the fifth.

Notes: Centerfielder Cedric Mullins, who made another outstanding catch in the fifth, began the game with a bunt base hit, his fourth of the season. Muliins had five in 2021. Mullins reached base four times with two hits and two walks. … After a day off, the Orioles play the Twins in a three-game series beginning Friday night. Spenser Watkins (1-1, 5.14), Jordan Lyles (4-7, 4.94) and Tyler Wells (6-4, 3.23) are scheduled to pitch for the Orioles.