Could Orioles' Rutschman put himself in position for Rookie of the Year? - BaltimoreBaseball.com 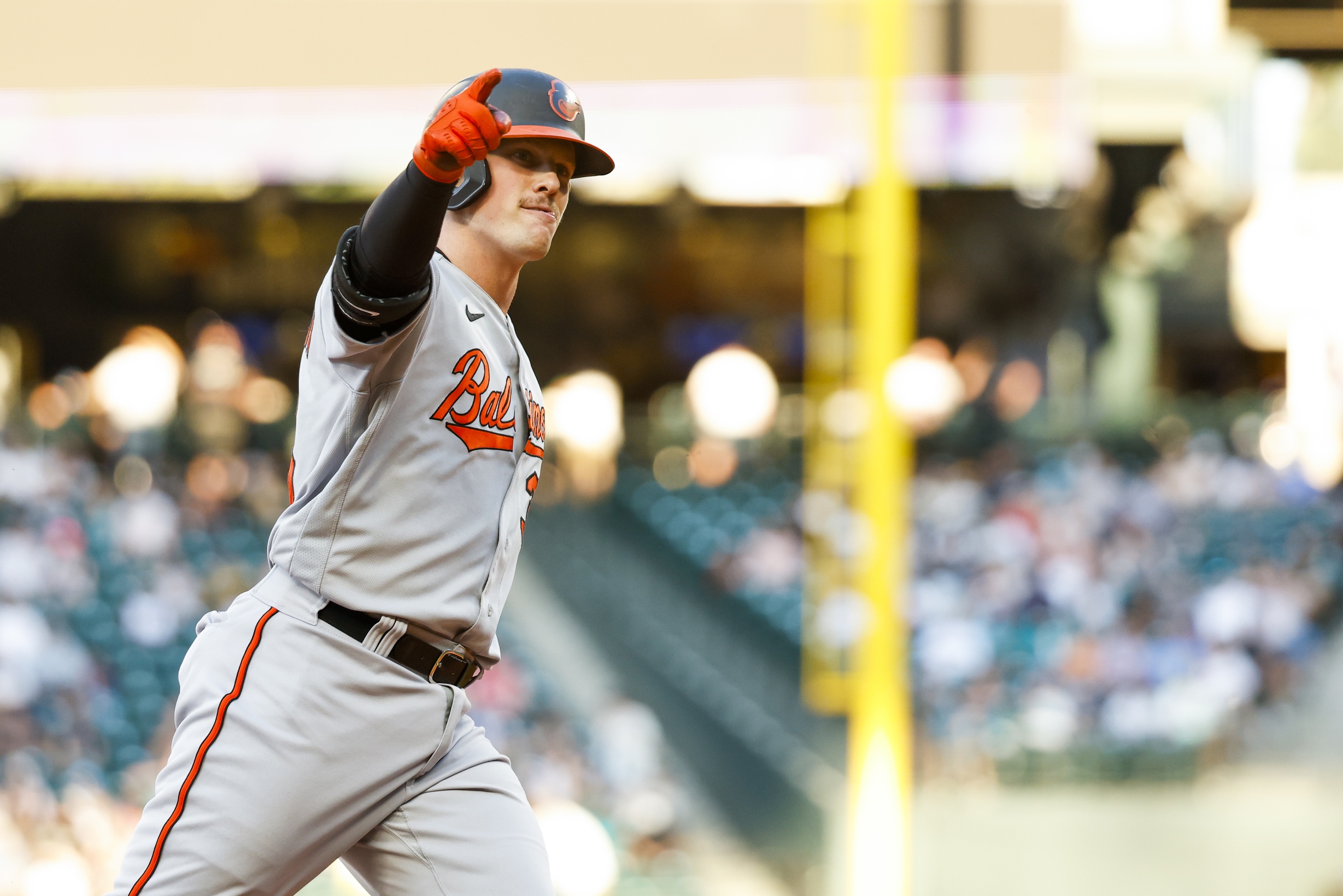 Could catcher Adley Rutschman be putting himself in line for a shot at American League Rookie of the Year? This morning, a reader wondered if Rutschman kept hitting if that was possible.

I hadn’t thought about awards yet. The season is nearly halfway over, but while new contenders could arise, it’s fine to speculate on Rutschman’s chances.

If he continues to hit well, missing the season’s first six weeks because of an injured right triceps muscle shouldn’t eliminate him. The Orioles are pitching well, exceeding expectations and have an improved lineup with Rutschman in it.

Houston’s Yordan Alvarez didn’t debut until June 9th and was the unanimous winner of American League Rookie of the Year in 2019. Oriole starting pitcher John Means came in second.

Rutschman, who made his debut on May 21st, is hitting .234 with three home runs and nine RBIs with a .730 OPS. Each of the three homers and the nine RBIs have come in the last two weeks. Rutschman’s hitting .325 in his last 11 games with a 1.097 OPS. He has walked three times and struck out four times.

He’s accumulated a 1.0 WAR (Wins Above Replacement) in 30 games and thrown out two of six runners attempting to steal.

Watching Rutschman is a pleasure. It’s fun to see him engage with his pitcher after each inning, and it’s obvious pitchers have taken to him. Dean Kremer, who’ll start on Tuesday night, said that he and Rutschman laugh and giggle when working together.

History is working against Rutschman. No catcher has won Rookie of the Year since San Francisco’s Buster Posey in 2010, and Cleveland’s Sandy Alomar Jr. was the last American League catcher to win it.

There’s an excellent crop of contenders in the American League. Rutschman might be playing against his principal competitor this week.

Seattle outfielder Julio Rodriguez is batting .269 with 11 home runs and 35 RBIs and a .775 OPS. Rodriguez has stolen 19 bases in 22 tries and is facing a three-game suspension, which is being appealed for his part in the Mariners-Angels brawl on Sunday. His WAR is 2.5.

Jeremy Peña, who replaced Carlos Correa at shortstop for Houston, has been impressive with nine homers, 27 RBIs and a .277 average with an .804 OPS. Peña’s WAR is 2.9.

Another contender could be Chicago third baseman Jake Burger, whom the Orioles saw last weekend. Burger is hitting .251 with eight home runs and 26 RBIs and a .765 OPS.

Cleveland outfielder Steven Kwan, a college teammate of Rutschman’s, is hitting .287 with a home run and 18 RBIs. Kwan has a .369 on-base percentage with a 1.7 WAR.

New contenders are likely to emerge in the second half of the season, but Rutschman’s high profile is likely to work in his favor, especially if he continues to hit well, the Orioles continue to pitch well and they keep exceeding expectations.