Orioles are exceeding expectations and expecting to win - BaltimoreBaseball.com 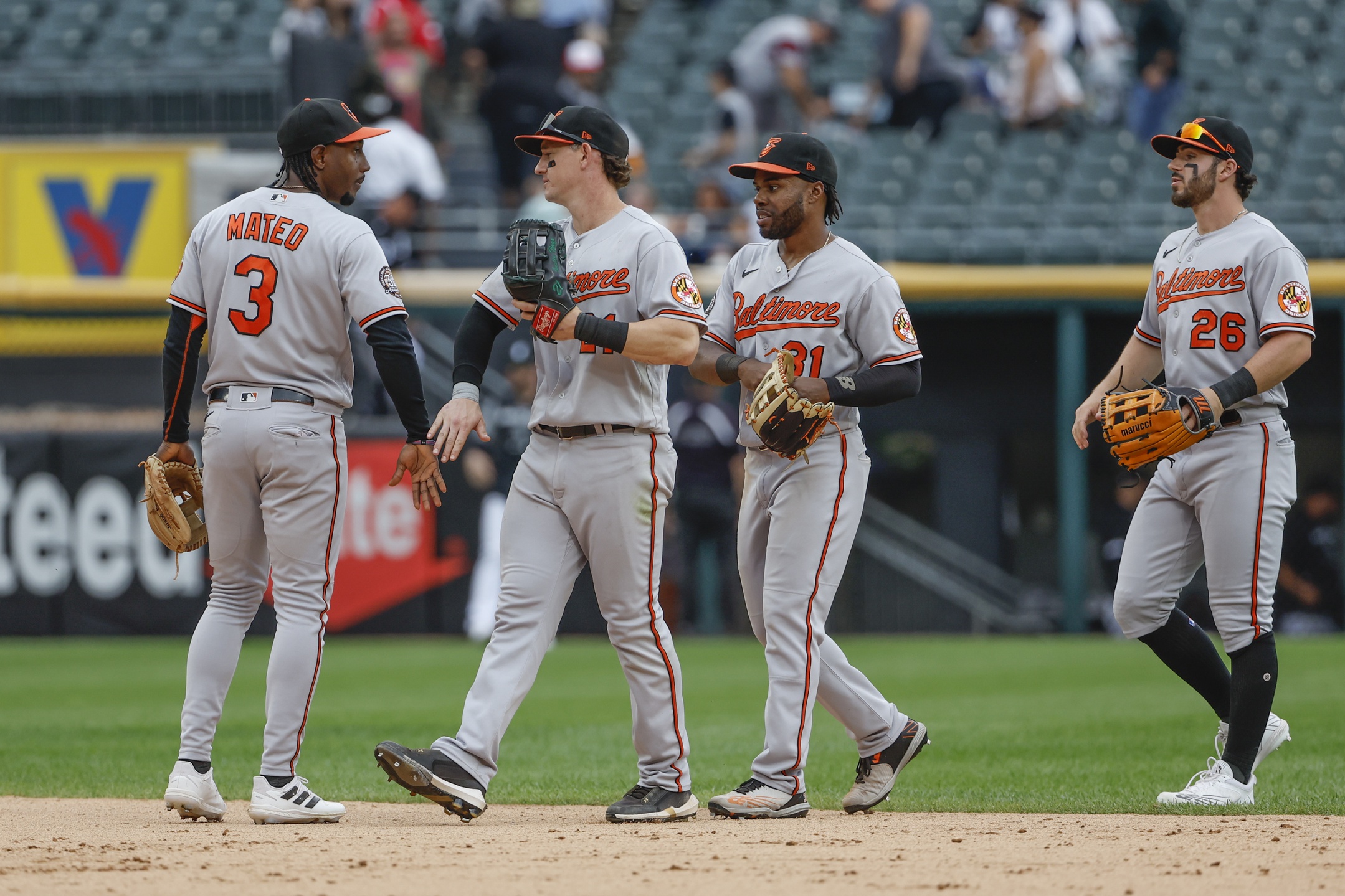 CHICAGO—The Orioles are five games under .500 and six games out of the final wild-card spot. With a win in one of their final four games in June, they’ll have their first winning month since August 2017.

They are surprising a lot of people.

A year ago, they won 52 games and lost 110. They’re currently on pace to win 75. When they began the season with 14 losses in 20 games, it appeared to be the same old Orioles — headed for their fourth 100-loss season in the last five years (a stretch interrupted only by the 60-game, 2020 season because of the pandemic).

“The first couple weeks of the season we got off to a slow offensive start, and we’ve really come around and hit our stride,” Trey Mancini said. “Everybody’s playing together, trusting the guy behind them to get the job done and it’s just so fun to be a part of.”

“We come to the park every day, and we expect to win, and that’s not a feeling we’ve had here in a long time,” Mancini said. “It’s just been so much fun, and I’ve just really been enjoying the guys and myself out there this year. It’s just been great to be a part of.”

Manager Brandon Hyde has been through seasons of 108 and 110 losses. He’s enjoying what’s happening.

“I’ve seen guys that are playing with a ton of energy, playing to win,” Hyde said. “I think [we’re] playing with some confidence right now. I think when you pitch, your team gets confidence. When your starting pitchers keep you in the game, and your bullpen’s been doing what they’ve been doing all year, it’s a great mentality because you feel like you can finish games off. That’s a good feeling in the dugout.”

The Orioles’ presumed top two starters aren’t available. John Means might not pitch until a year from now after having Tommy John surgery, and top prospect Grayson Rodriguez is out indefinitely because of a lat strain.

Their starting rotation currently includes Austin Voth, who was a waiver claim earlier this month, and Spenser Watkins, who has won only three of 19 major league starts.

Watkins suffered a bruised elbow on May 22nd, the day after catcher Adley Rutschman made his major league debut, and he’s noticing a different vibe in the clubhouse on his return.

“Early on, there was always that sense of this team can really come together and be something special,” Watkins said. “Once Rutsch was added, it brought another energy aspect that really helped fuel everything. You see it from the outside. When I was down there, I was able to watch the games and see how much fun everybody has. This team has really come together and it’s a really fun thing to be a part of.”

The Orioles’ bullpen is full of pitchers who, like Voth, were claimed on waivers — Bryan Baker, Joey Krehbiel, Jorge López and Cionel Pérez.

“Guys who get claimed off waivers [are] looking for a second chance,” Hyde said. “We’ve talked about opportunity here for four years. There have definitely been opportunities for guys, but I think there are certain guys that are really taking advantage of a second opportunity, a second chance, guys with good stuff.

“Sometimes things don’t work out your first time through … The bullpen guys, they have great stuff. It was just maybe one guy, command was missing, maybe changing a role, maybe hearing a different voice. Those are all things that come into play.”

Baker is one of those guys. Before this season, he pitched just one major league inning for the pitching-rich Toronto Blue Jays, and he’s bonded with this group.

“It’s really fun to feed off each other’s energy,” Baker said. “To see guys go out there and have success and go right at guys and make the other team beat us, it’s really cool.”

Mancini has admired their work, too.

“I think the bullpen stands out a lot, the way that they have performed, every single one of them, most of them waiver claims,” he said. “Our staff has done an unusual job of utilizing their strengths and those guys are coming in there and commanding the strike zone, going after guys. They’re not afraid.”

The Orioles’ starting shortstop, Jorge Mateo, is also a waiver claim. He has been exceptional on defense and has 19 steals, offsetting a .203 average that included a home run and a double on Saturday.

A year from now or perhaps sooner, the Orioles might have a better all-around shortstop in prospects Gunnar Henderson and Jordan Westburg, but Hyde sees Mateo’s value.

“He’s brought defense,” Hyde said. “He’s played incredible defense at a premium position. Anything he gives us offensively is a big-time bonus. He’s got 19 stolen bases on the year. If he was hitting 40 points higher, he’d probably have 25 or 30. He’s a game-changer on the bases. He’s been playing outstanding defense, and I know he’s been grinding in the cage to get out of that little bit of a funk. Great to see him rewarded with two big hits today.”

Wilmington scored four runs in the first and five in the ninth as the Blue Rocks defeated High-A Aberdeen, 11-1. The IronBirds had 10 hits, but left 10 on base and were just 1-for-10 with runners in scoring position. Outfielder Isaac Bellony had three and third baseman Coby Mayo had two.