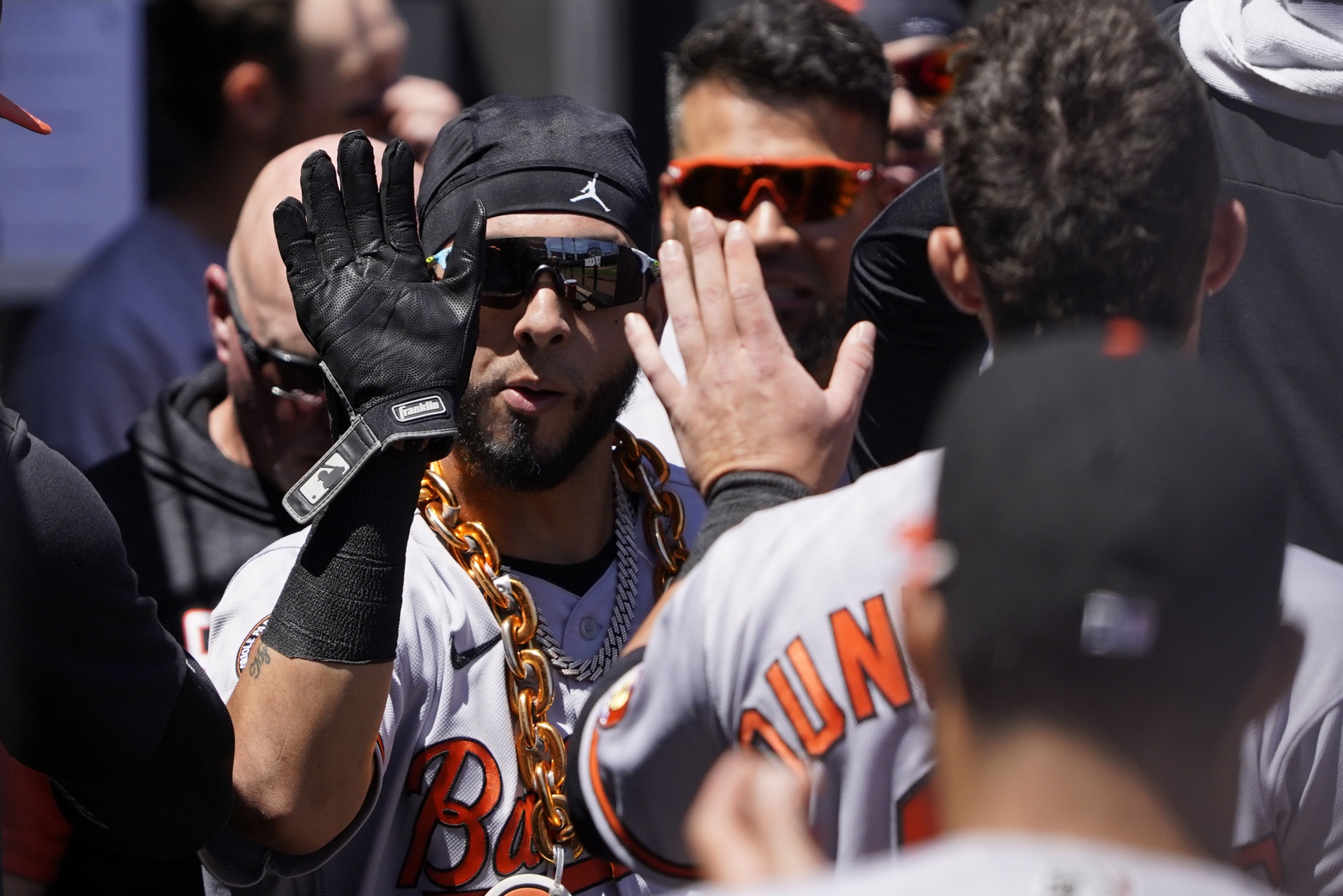 The 26-year-old right-hander struck out 13 Orioles in seven innings as the White Sox ended the Orioles’ four-game winning streak, their longest since 2020, with a 4-3 win before an announced crowd of 29,191 at Guaranteed Rate Field.

Cease (6-3) struck out six of the first seven Oriole batters, two of three in the fourth and the side in the fifth.

The Orioles (34-40) won the first three games of the 10-game road trip. They’ll play three each in Seattle and Minnesota before returning home on July 4th.

Cease allowed four hits and walked one. His fastball hit 100-mph, and his curve and slider were even more effective.

“That’s elite stuff,” manager Brandon Hyde said. “I was happy we got four hits off him. It’s three plus-plus pitches. It’s 100 [mph]. It’s a bright day, so it’s tough to see. He’s throwing 100 with a nasty slider and a nasty curveball … Very difficult to hit against.”

After he struck out six of seven, Jonathan Araúz homered, his first hit as an Oriole. It was the first home run off a Cease slider this season. Watching Cease put away the first seven batters didn’t intimidate Araúz.

“I got more motivated. I wanted to get on base. I wanted to help my team,” Araúz said through a translator. “I wanted to be able to decipher him and be a contributor.”

Gilman grad Gavin Sheets hit a two-run home run, his fifth of the season, against Oriole starter Jordan Lyles in the second.

Lenyn Sosa led off the third with his first major league hit, a double, and moved to third on Tim Anderson’s fly to center and scored on Andrew Vaughn’s sacrifice fly to center for a 3-1 lead.

Chicago (34-47) increased its lead to 4-1 in the fourth on an RBI single by catcher Seby Zavala.

“After those couple of shaky innings, three consecutive innings of them scoring, being able to come back out and put a couple of zeroes up for our bullpen and keep our guys in the game, proved vital,” Lyles said.

Centerfielder Cedric Mullins prevented more damage when he made a phenomenal diving catch on a drive by Vaughn in the fifth. Mullins was running full speed when he left his feet and caught the ball with a full-body extension. All Vaughn could do was tip his batting helmet, which he did.

“He’s got really good stuff. He’s got some of the best stuff in baseball,” Lyles said. “When you have that velocity and those two breaking balls with location, you’re going to get through lineups quickly … Unfortunately, I was pitching against him today. He was much better than I was .”

Eleven of Rutschman’s 24 major league hits are doubles. He also walked in the fifth, and thought he had a walk in the second when he was called out on a 3-2 pitch that appeared low.

Mullins and Trey Mancini singled against Joe Kelly in the eighth, but Santander grounded to first and Austin Hays struck out.

“This is a team that’s very confident in themselves,” Lyles said. “A lot of people on the outside aren’t as confident as we are … We’re talented. We’re young. That learning curve is starting to show up and show its face.”

The Orioles made it close in the ninth thanks to White Sox first baseman José Abreu, dropped a throw and then dropped the ball after fielding it. The errors allowed the first two batters, Ryan Mountcastle and Rutschman, to reach. Chicago reliever Kendall Graveman walked Jorge Mateo to load the bases.

A single to center by Araúz scored Mountcastle. Rougned Odor, who hadn’t played since Wednesday because of a sore back, struck out as a pinch-hitter. Mullins hit a deep fly to center to score Rutschman, making it 4-3, but Graveman struck out Mancini on pitches inside to end it.

“We stay in it and guys are hitting on the line, putting pressure on defense. I like how we’re running the bases hard,” Hyde said. “We gave them a run there at the end.”

Bradish optimistic: Starter Kyle Bradish, who is on the 15-day injured list because of right shoulder inflammation, is eligible to return on July 6th, and he thinks he’ll be able to. “No doubt,” he said.

Bradish said his shoulder felt tight on June 20th. He threw a bullpen session the next day, but it still felt tight. “It didn’t get better from there, but right now it’s feeling good,” he said. “We’re on some treatment.”

Hyde on .500: The Orioles are six games below .500, but Hyde thinks reaching the break-even point is a reachable goal.

“Where we are and where we started this year, what we’ve been through, that would be a great accomplishment,” Hyde said before the game. “Our team is playing competitively. I like the confidence in how we’re playing. We’re in one-game mode, so I don’t want to look too far ahead and try to reach an end number right now.

“I just want to continue to play the way we’re playing. If we do that, good things will happen.”

Heston Kjerstad had two hits and drove in a run in Single-A Delmarva’s 6-4 loss to Lynchburg. Kjerstad is hitting .422 with a 1.091 OPS. Second baseman Noelberth Romero had a three-run home, his seventh. Centerfielder Luis Valdez had three hits.