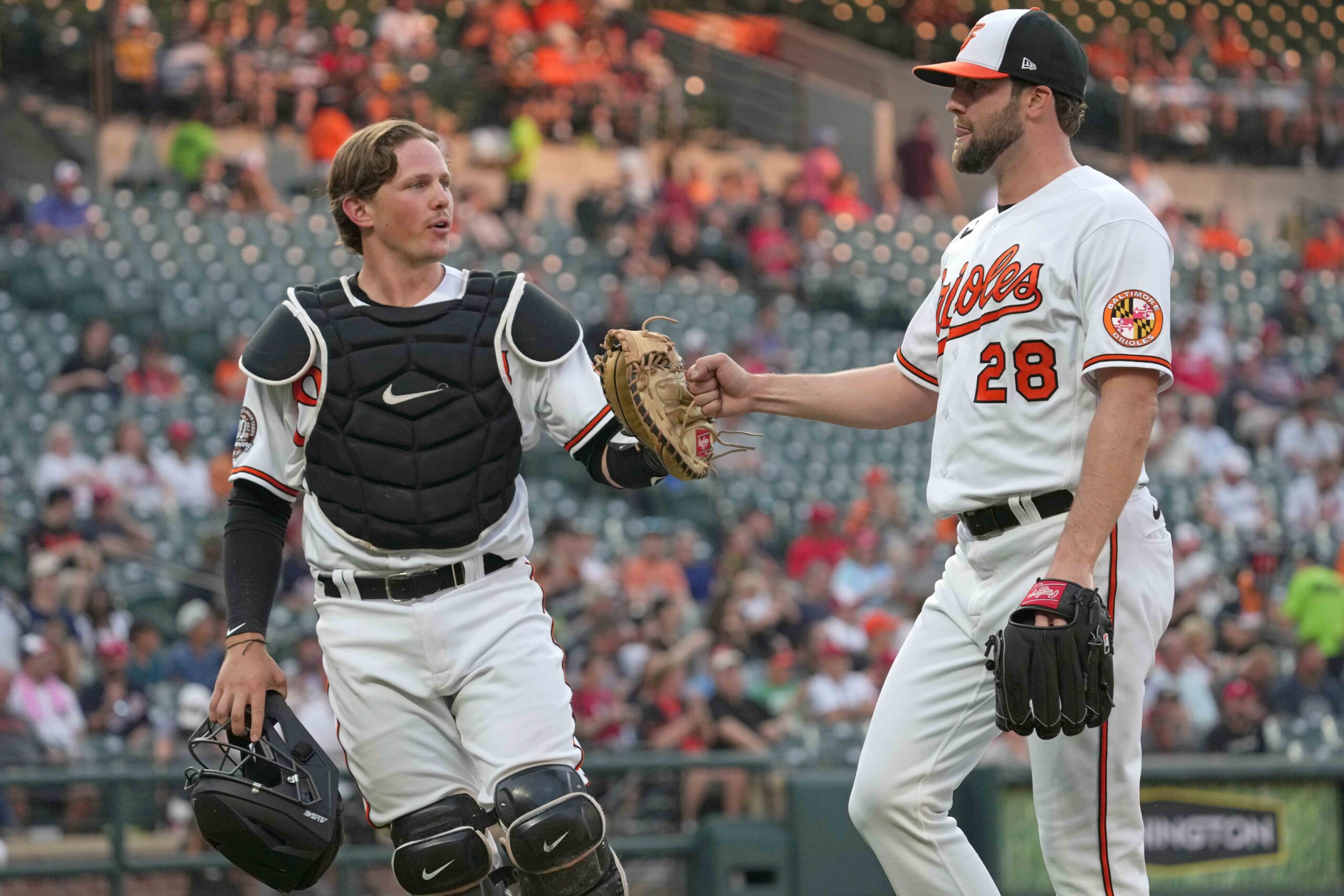 BALTIMORE—The Orioles, who had played crisp baseball in recent weeks, came out flat on Tuesday night. Against the Washington Nationals, who lost eight of their last nine, the Orioles got only four hits and lost, 3-0, before an announced crowd of 15,197 at Camden Yards on Tuesday night.

It was the fifth time this season the Orioles have been shut out.

“We had an off night offensively, and I’m going to leave it at that,” Orioles manager Brandon Hyde said. “We’re working the right way, and guys have been improving. Tonight, collectively, we just didn’t do a whole lot offensively.”

Starting pitcher Jordan Lyles, who was scratched from his Sunday start because of a stomach virus, had a slow start before coming on strong.

Lyles’ first pitch was hit for a double by César Hernández, who scored on a two-out double by former Oriole Nelson Cruz.

Kelbert Ruiz doubled leading off the second, and Lyles walked Yadiel Hernandez and Maikel Franco to load the bases. After striking out Lane Thomas, César Hernández grounded to second. It looked as if the inning would end without damage, but Rougned Odor’s relay throw was wild, and Ruiz scored.

“I felt good enough to go out there and pitch,” Lyles said. “We came away with a quality start. We kept the guys in the ballgame, but anytime we put on a uniform it’s go time. Things that happened in the past, you don’t really think about it. We’re competing against a major league lineup on the other side. Too many variables to think about. I was fresh.”

After the second run scored, Lyles allowed just two singles in his final five innings. Lyles (4-6) allowed two runs on six hits in 6 1/3 innings, his longest start since May 23rd.

“The final stat line was obviously better than the previous handful,” Lyles said. “Couple of bad pitches here and there, but I felt like we did a good job of staying in the game. It was one of those situations that could have gotten out of hand. We got the ground ball; we didn’t finish the play. We minimized damage overall and we were able to settle down. Fortunate to get into the seventh for the guys out there, and hopefully continue to build on the last start or two.”

Because of Lyles’ illness, he didn’t receive the starting staff’s gift to him on Father’s Day. Tyler Wells, who says Lyles is like his dad in the clubhouse, got shirts for his colleagues that read “Best Dad Ever,” and Lyles received one, two days late that read: “Number One Dad.”

Instead of Lyles pitching on Father’s Day, seven pitchers combined for a 2-1 win against Tampa Bay.

“Tyler sent me a picture of the guys in them,” Lyles said. “That’s just a joke. He said I talk to him all the time like his dad. I said: ‘Father’s Day is coming up. You’d better have me something.’ He showed up and gave me another gift. I thought I wasn’t cool, but personally, I wasn’t here to laugh with them, but they’re a bunch of good young guys I enjoy being around.”

The Orioles (30-39) got just two hits in six innings against Erick Fedde (5-5). Trey Mancini singled with one out in the first and Ryan Mountcastle with two outs in the fourth. Fedde walked one and struck out four. No batter reached second against him.

Kyle Finnegan struck out Austin Hays and Mountcastle to begin the seventh. Adley Rutschman doubled, and Odor struck out to end the inning.

Mountcastle singled with two outs in the ninth, and Rutschman lined out to first to end the game. Tanner Rainey collected his eighth save.

“I thought Fedde threw the ball extremely well,” Hyde said. “We helped him out by chasing. We just didn’t square many balls up tonight. I think our at-bats for the most part these past few weeks have been really good. He threw a lot of pitchers there through six. We just didn’t have whole lot of hard contact. Fedde had that good cutter, that cutter/sinker mix. We just didn’t barrel many balls up.”

Yusniel Diaz went 2-for-2 and homered in his first rehab game for High-A Aberdeen as the IronBirds lost to Wilmington. Diaz, who is recovering from a hamstring injury, played right field.

Romero had a two-run home run, his fifth and Wilkin Grullon hit his first. Rightfielder Heston Kjerstad was 1-for-4 and played the entire game. He’s batting .400.