Hyde isn't sure about Oriole starter for Saturday; Mullins sits against left-hander - BaltimoreBaseball.com 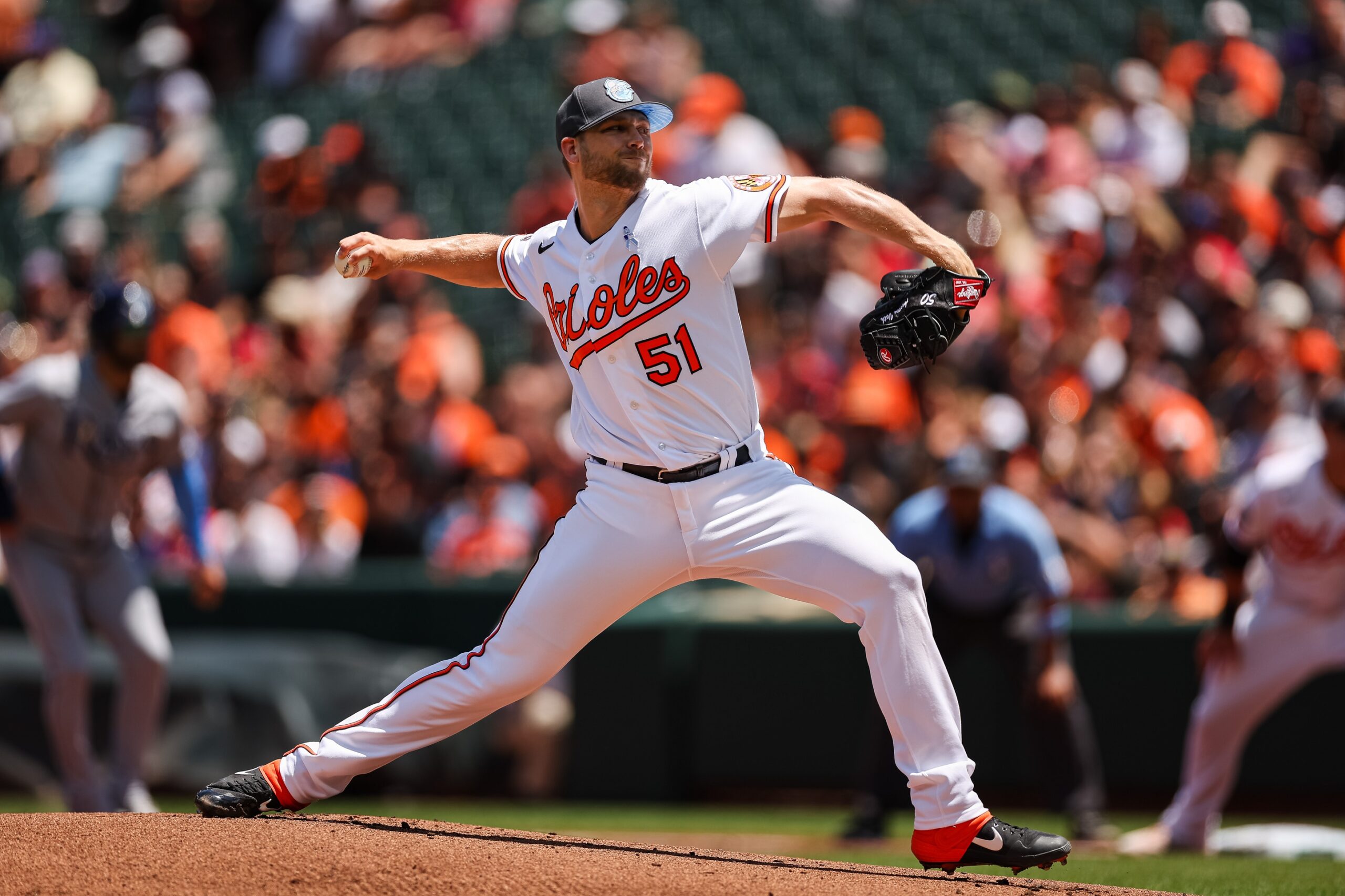 BALTIMORE—Orioles manager Brandon Hyde isn’t sure who will start for the Orioles on Saturday in Chicago against the White Sox, or if the pitcher is with the team.

“It could be here or it could be in Norfolk,” Hyde said. “As the week goes along, we’re going to evaluate where our bullpen is.”

It could be Austin Voth, who started on Sunday against Tampa Bay when Jordan Lyles was scratched because of a stomach virus. Voth, who has started 23 major league games, worked 2 2/3 innings in the Orioles’ 2-1 win.

“Voth made that spot start for us the other day and did a great job,” Hyde said. “He threw as much as he’s thrown. He threw 41 pitches. He is a possibility, but I might use him Thursday or Friday also, so [then] he’s not a possibility. We’re going to wait until last minute on this one and go from there.”

The Orioles need a fifth starter because they optioned left-hander Bruce Zimmermann to Norfolk last week. Zimmermann will be a piggyback starter for the Tides, Hyde said.

If the Orioles decide to promote a pitcher from Triple-A, it won’t be DL Hall, who threw 92 pitches on Tuesday night. Spenser Watkins, who is on the 40-man roster, is scheduled to start Wednesday night for Norfolk.

Right-hander Denyi Reyes, who started on May 28th at Boston and worked 3 2/3 innings, is on the 40-man roster. Reyes has a 2.35 ERA in three games for the Orioles this season.

Chris Vallimont, a right-hander who was claimed on waivers from Minnesota on May 21st, is also on the 40-man roster. Vallimont threw 13 innings for Double-A Bowie with a 1-0 record and 1.69 ERA before he was promoted to Norfolk this week.

Voth, who was claimed on waivers from Washington on June 7th, is eager to start again but also enjoys the bullpen.

“They’re different jobs,” he said. “One, you have your own routine and you pitch every five days, and the other is you’re pitching more often, but less capacity. I enjoy doing both.”

Voth was at the ballpark early Sunday when he found out he’d be starting.

“I came to the field knowing that I was probably going to pitch that day probably just because of the bullpen situation,” Voth said. “I figured that I would throw. It happened that I started the game.”

Mullins sits: Centerfielder and leadoff hitter Cedric Mullins was not in the starting lineup for Wednesday’s game against Nationals left-hander Patrick Corbin. Hyde wanted to give him a day off. The White Sox are starting four consecutive right-handers — Johnny Cueto, Michael Kopech, Lance Lynn and Dylan — in the series that begins Thursday night. “We’ve got a string of right-handers we’re going to be facing. We’re rotating guys around a little bit,” Hyde said. “I feel like whenever I give Cedric a day off, he’s in the game in the fifth, so he never gets one anyway.”

Notes: Infielder Ramón Urías, who’s on the 10-day injured list because of a strained left oblique muscle, is making progress, Hyde said.  “Today he’s going to start a little bit of baseball activity, some light swings, get him moving around outside a little bit. This is the first day getting him going back on track.” … Left-hander Zac Lowther, who was designated for assignment on June 15th, cleared outright waivers and was assigned to Norfolk.