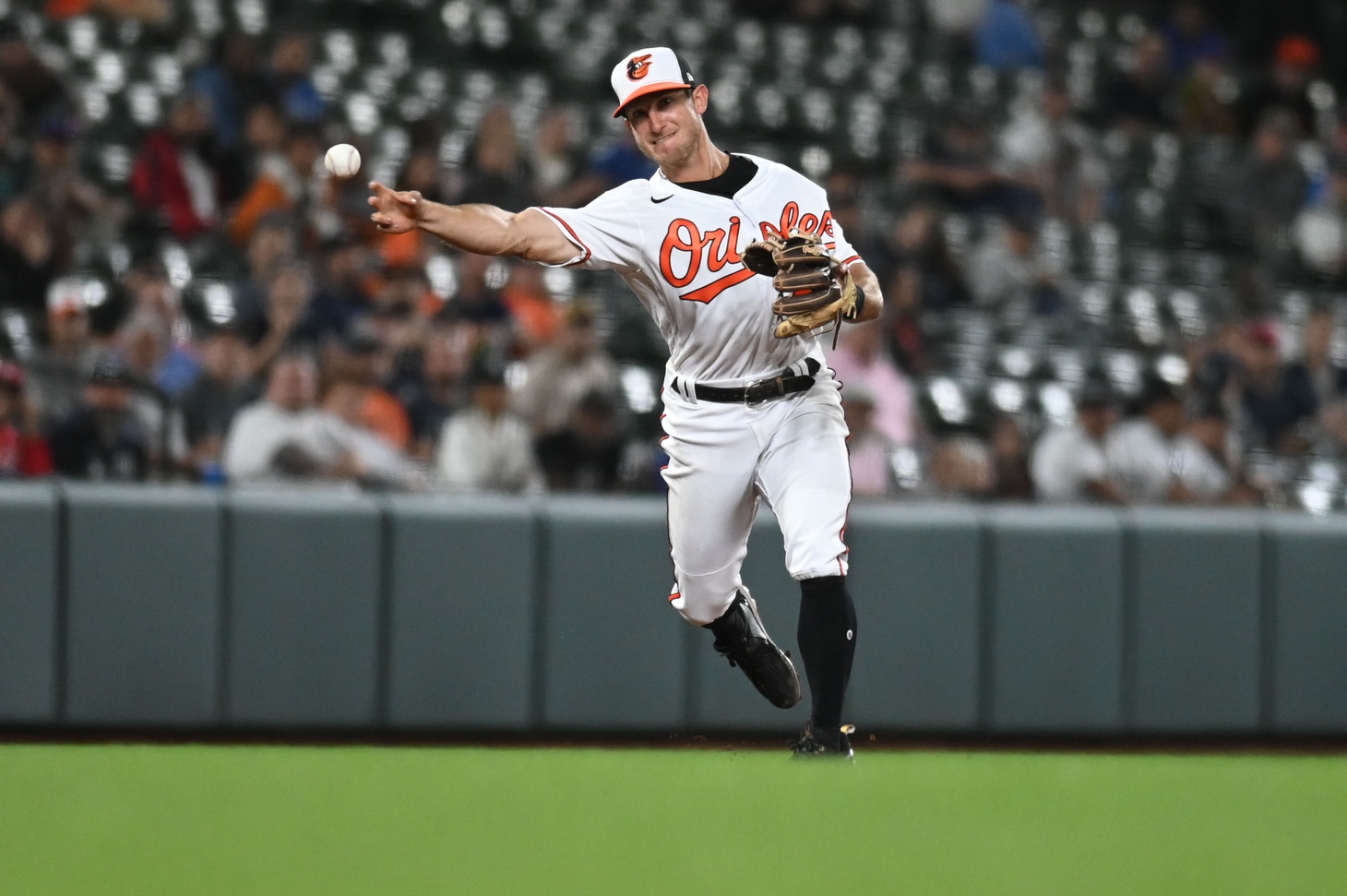 BALTIMORE—The Orioles were required to add a 13th position player, and they filled that need with infielder Rylan Bannon, whom they recalled from Triple-A Norfolk on Tuesday.

Bannon was with the Orioles last month when they were short of infielders and hit 2-for-14 (.143) in four games.

“When you get up, you get one pitch to hit,” Bannon said. “If you don’t take care of it, the rest of the at-bat is pretty tough, and I think that’s what I took being up here the first time. I went down there with the approach to work on handling the pitches that I need to be hitting, and I had some success doing that.”

A recent power surge boosted Bannon’s numbers at Norfolk to .232 with eight home runs and 32 RBIs.

“I wasn’t thinking about it too much,” Bannon said about the possibility of being recalled. “I just went down there with an approach and kind of struggled through a couple of weeks and something clicked. I started looking closer with the hitting coaches. I started swinging the pretty well.”

Bannon said he got good advice at Norfolk.

“I got into the hitting cage one day, and they set up a fastball machine and my coach told me to pull the ball as hard as you can four times, and then try to hit it normally,” Bannon said. “Something clicked for me there, and it was kind of like, ‘Don’t guide the bat to the ball.’ It was a refreshing feeling. I was swinging the ball with some intent. That’s where things took off from there.”

“He’s on the 40-man, an extra infielder. We feel pretty comfortable where we are outfield-wise,” Hyde said. “We just wanted to add an extra infielder in case of something happening. Rylan’s been showing some recent power there in Norfolk He’s swining the bat fairly well. He gives us a bat off the bench.”

Injury updates: Trey Mancini, whose sore right hand kept him out of Sunday’s game, is back in the lineup as designated hitter for Tuesday’s game against the Washington Nationals.

“Still a little bit sore,” Hyde said. “Felt better waking up this morning, gradually getting better. Going to take batting practice out there right now and see how that goes.”

Pitcher Jordan Lyles, who was scratched from Sunday’s start because of a stomach virus, is better and will start on Tuesday night.

“I saw him yesterday afternoon,” Hyde said. “He felt good yesterday. He’s even better today. Just a quick stomach bug and, fortunately, he’s able to start for us tonight.”

Infielder Ramón Urias is eligible to come off the 10-day injured lis, but his strained left oblique hasn’t healed.

“Still getting treatment, still rehabbing,” Hyde said. “We’re hoping he’s going to start swinging the bat sometime soon. He’s improving a little bit every day, but still not to the point of him going out and taking batting practice.”

All-Star voting update: In the first voting update, Trey Mancini received 91,751 votes and is seventh among designated hitters. Austin Hays has 128,430 votes, 19th among outfielders. Mancini and Hays are the only Orioles among the leaders.