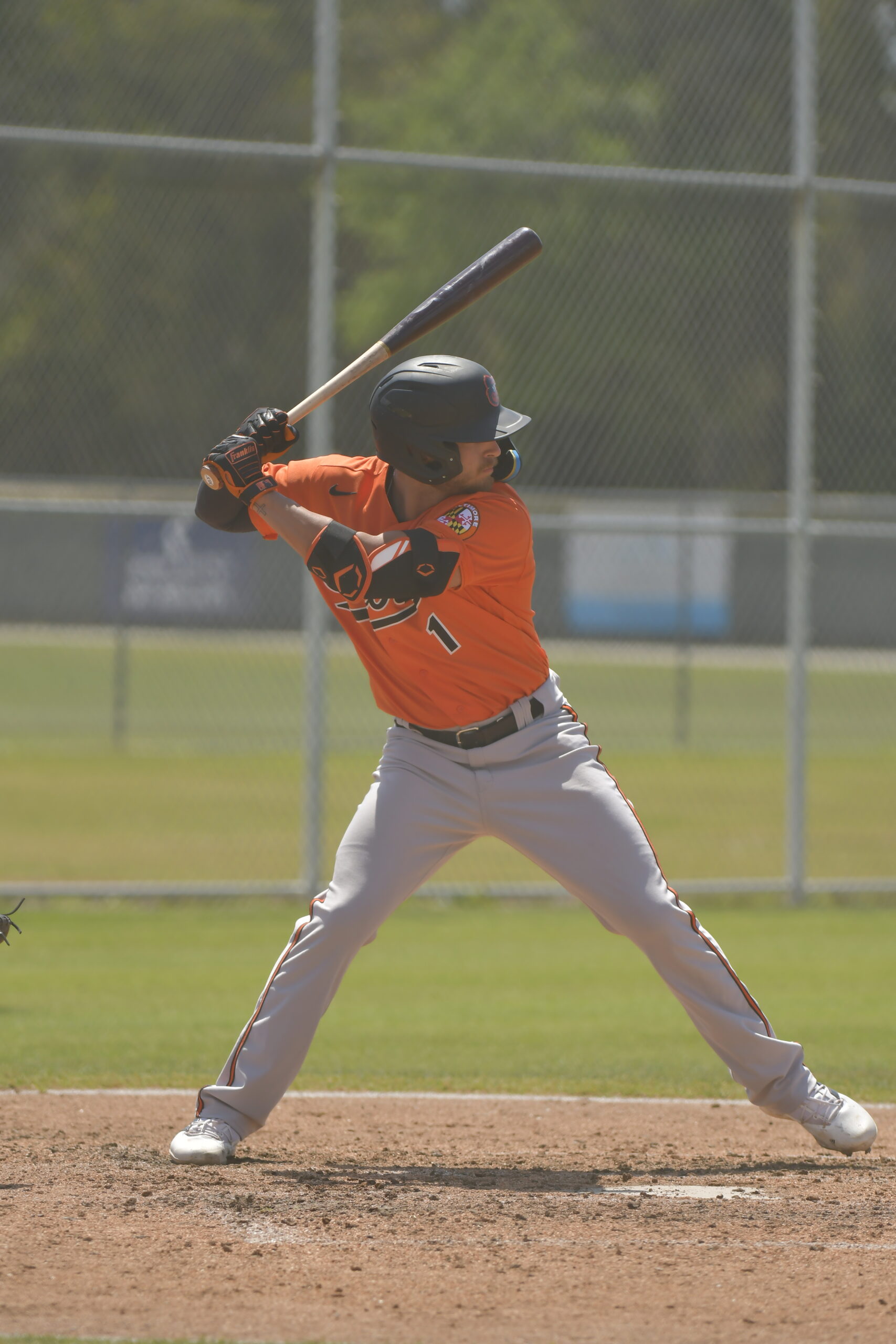 Connor Norby is showing impressive power for High-A Aberdeen. The second baseman, ranked as the Orioles’ 10th-best prospect according to MLB Pipeline, has seven home runs, including a pair on back-to-back days earlier this month. That power makes him an intriguing figure as the Orioles consider their infield of the future.

Norby has bat speed and strength that should help the 22-year-old move up the minor-league ladder.

“It’s something I started to unlock last year,” Norby said. “It’s all about figuring out your swing and how to use it to your advantage. Home runs come from putting big swings on good pitches to hit.”

Norby is part of a hard-hitting Aberdeen squad that has the best record of all the Orioles minor-league affiliates. With a 7-6 victory over the Jersey Shore on Sunday, the IronBirds are 43-20, and there is talent on the way from Single-A Delmarva.

The chemistry among the Aberdeen players has been a key, according to Norby.

“I think we enjoy being around each other and knowing how to play with one another,” Norby said. “It’s not one guy every single night taking over. It’s a magnitude of guys every single night. We’ve had a lot of guys go down, and come up. We have new pieces every week it seems like. It’s just finding ways to win. That’s baseball. You have to win in many different ways.”

The Orioles selected Norby in the second round (No. 41 overall) of the 2021 draft from East Carolina University. He made his professional debut with the Florida Complex League Orioles before earning a promotion to Delmarva, where he finished the season slashing .283/.413/.434 (28-for-99) in 26 games. Norby also participated in the team’s Fall Instructional League camp at the Ed Smith Stadium complex in Sarasota, Florida.

He has been more successful as a hitter, so he focused his offseason work on his defense. He has been solid at second base for IronBirds, committing just one error in 34 games.

“I worked hard on my defense this year,” Norby said. “I want to be a lockdown second baseman. I started working on the outfield because I want to increase my versatility. My hitting has always kind of been there.

“It’s just having the confidence in myself no matter who is on the mound, acting as if you’re 5-for-5. You have to have that same confidence. Everybody is learning about how to deal with familiarity and how you can learn from it.”

The next stop for Norby is Double-A Bowie. The Baysox have a track record for getting players ready for the next level.

The Orioles have been shifting players around, and perhaps Norby could be next.

“It’s always in the back of your mind that you want to move up,” Norby said. “You can get frustrated when you’re not moving up, but it’s not about that. It’s about being in the moment, taking it day-by-day, and taking care of your business. You can’t control what happens. If you can’t control it, don’t worry about it. I am learning from my bad days and I am learning from my good days. That’s my mindset.”

Norby thinks he’s benefiting from the talent in the Orioles’ farm system.

“It’s crazy how competitive it is in the entire organization, top to bottom,” Norby said. “You want everyone to succeed. You push guys on your left and right the same way you want them to push you. That’s what this culture is. You have a lot of guys making their major league debuts this year that we were at early camp with and talking all the time. You’re figuring out how to get in that spot? It’s an awesome thing to be part of.”

Norby valued his time at ECU and followed the Pirates all season before they lost to Texas in the Super Regional of the NCAA Division I tournament.

“I have nothing bad to say ever about East Carolina and [coach] Cliff Godwin,” Nordby said. “They molded me into who I am today and they’re the sole reason why I’m here. I’m proud to be a Pirate.”

Strong starts for Henderson, Westburg: Jordan Westburg and Gunnar Henderson are another pair of intriguing prospects for the Orioles. Both were recently promoted to Triple-A Norfolk, where they have continued to thrive.

“It seems like there’s been no adjustment necessary so far. I’m sure they’ll cool off,” Elias said. “They’re not going to have a 1.000 OPS forever. That’s awesome to see. Those are two exciting guys. I think it’s cool to watch them play together basically the whole way up the chain. You never like to get out ahead of yourself with guys that are still in the minors, but those two have a very good chance of locking down our infield for a while, and I hope they stay healthy and have consistent at-bats.”

IronBirds no-hitter: Three pitchers for Aberdeen — Peter Van Loon, Daniel Lloyd and Xavier Moore — combined for a no-hitter in a 6-0 victory over Jersey Shore on Saturday. It was the second no-hitter in franchise history.

Van Loon (7-0, 2.66 ERA) allowed two walks and had six strikeouts in five innings. Lloyd threw three innings and Moore closed out the ninth. Outfielder Colton Cowser, the Orioles’ No. 4 prospect, had a home run and three hits to lead the IronBirds’ offense.

More Aberdeen: The IronBirds qualified for the 2022 South Atlantic League playoffs by winning the North Division first-half championship with seven games remaining. Aberdeen has not been to the playoffs since 2013 when the team featured Trey Mancini, San Francisco Giants outfielder Mike Yastrzemski and catcher Austin Wynns and Miami Marlins pitcher Jimmy Yacabonis.  Reliever Steven Brault and catcher Chance Sisco played in the major leagues in 2021. All were 2013 Orioles’ draft picks.

Craig’s streak ends: Delmarva outfielder Trendon Craig had a nine-game hitting streak end on Tuesday — the longest a Shorebird has produced this season. Craig went 15-for-34 (.441) with a homer, two doubles, and a triple with 11 RBIs over that stretch. The streak bumped his average from .153 to .258.