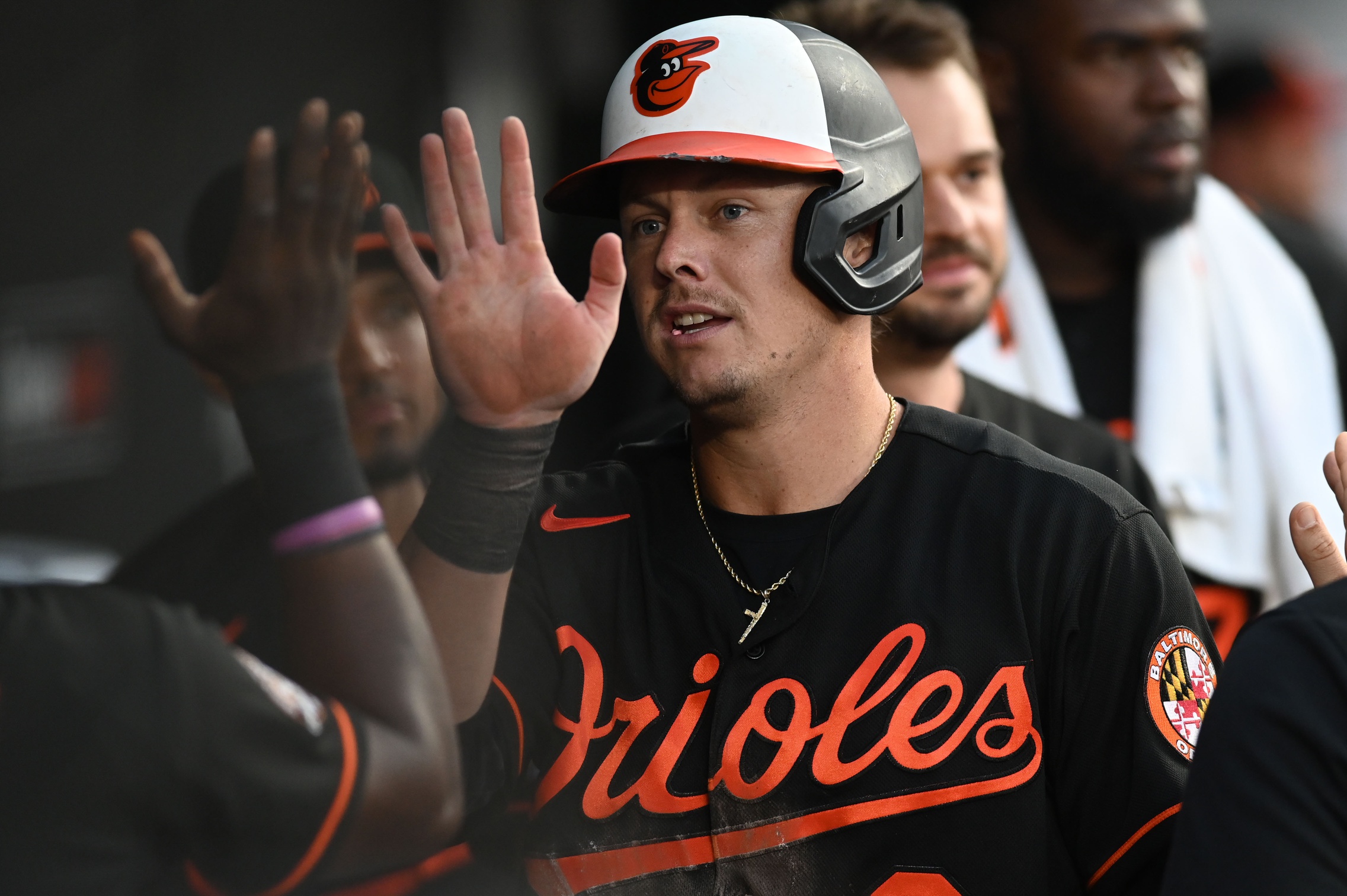 BALTIMORE—The Orioles continue to play well against American League East opponents. After splitting four games against the Toronto Blue Jays, the Orioles beat the Tampa Bay Rays, 1-0, before an announced crowd of 13,140 at Camden Yards on Friday night.

Four pitchers, led by starting pitcher Dean Kremer, combined on the Orioles’ fifth shutout this season. Kremer was helped by some excellent defense in the sixth and dominant bullpen work from Félix Bautista and Jorge López. Eight of Tampa Bay’s last nine outs was by strikeout. It was the Rays who dominated the Orioles last season, winning 18 of 19.

The Orioles (29-37) scored the game’s only run in the seventh. Ryan Mountcastle doubled with one out to left against Calvin Faucher (0-1) and scored on Adley Rutschman’s single to center. It was Rutschman’s first RBI at home.

“It was a matter of time,” manager Brandon Hyde said. “He’s doing a great job behind the plate. The at-bats are improving every game. Got a huge hit for us.”

Kremer, who was 0-7 last season, threw six scoreless innings, tying his career high. He allowed five hits, striking out five and walking one.

It was just Kremer’s third start of the season. He strained his left oblique warming up at Tampa Bay on April 10th during the Orioles’ third game.

“Numbers-wise, that’s probably one of my better outings in my career,” Kremer said. “Different approach coming into this year, especially after the injury. I think the injury is what made it better. It sounds weird, but I had time to reflect. I had some down time to myself and went from there.”

Rutschman caught Kremer at the end of last season at Norfolk.

“It’s always great to catch pitchers throughout the years and see them develop,” Rutschman said. “A guy like Dean, who is so analytical and such a hard worker … just to see the strides that he’s made. The way he goes about his business, the things he does before the game, before he ever steps on the mound, it’s cool to see. A fun day to catch him.”

Two of the Rays’ hits came in the top of the sixth. Vidal Bruján singled and was thrown out trying to steal second by Rutschman. Ji-Man Choi singled to right with two outs, and Anthony Santander’s throw to second was in time to get Choi. Shortstop Jorge Mateo made quick tags on both plays, continuing to show his value in the field.

Bautista (3-2) took over for Kremer in the seventh and struck out the side. He retired Isaac Paredes on a soft liner to second to begin the eighth.

“Once they come here and see that they have success, that their pitches and their locations work, I think there’s a sense of confidence that comes with that. I think knowing their plan works at this level is a huge confidence booster for them. I’m just glad to see them succeeding right now.”

Taylor Walls and Manuel Margot singled against Cionel Pérez. He struck out Bruján for the second out, and Hyde summoned closer Jorge López , who struck out Yandy Diaz to end the inning.

López struck out Choi and Randy Arozarena to begin the ninth before Harold Ramirez singled to center. López struck out Brett Phillips to secure his 10th save. All four of his outs were strikeouts.

“They’ve been very impressive this year, our whole bullpen has thrown really, really well. We have a lot of confidence in handing it off to them, and them closing out the rest of the game,” Kremer said.

The Orioles had just two hits in six innings against Shane Baz. Trey Mancini doubled with one out in the first, and Rutschman singled to lead off the fifth. Rutschman made it to the third but didn’t score.

Notes: The 1-0 win was the Orioles’ first at home since July 14th, 2018 against Texas. … Tyler Nevin was hit by pitches twice, and Santander was hit, too. The Orioles have been hit 41 times, second in the majors. … Choi was originally ruled safe at second, but Mateo tagged him before his foot hit the bag. The Orioles successfully challenged the call. They lead the major leagues with a 78.9 percent success rate. … Kyle Bradish (1-4, 6.86) will face Jeffrey Springs (3-2, 1.45) on Saturday at 4:05 p.m.

Minor league update: Double-A Bowie scored four runs in the bottom of the 10th inning to beat Binghamton, 9-8. The Rumble Ponies scored three runs in the top of the 10th to take an 8-5 lead. Catcher Cody Roberts drove in four runs, including the game-winner on a single. He hit a three-run home run, his third. Designated hitter Adam Hall hit his first home run. Shortstop Joey Ortiz hit his fourth homer.

Rightfielder John Rhodes returned from the injured list and hit a three-run home run and leftfielder Isaac Bellony also hit a three-run shot as High-A Aberdeen beat Jersey Shore, 9-5. It was Rhodes’ fourth home run of the season, and Bellony’s first since he was promoted from Delmarva. Connor Gillispie (3-1) allowed three hits and an unearned run in six innings. He struck out seven without walking a batter.

Norfolk outfielder Yusniel Diaz, who has been sidelined by a hamstring injury, and Tides catcher Brett Cumberland have begun rehab assignments with the Florida Complex League Orioles. … IronBirds catcher Connor Pavolony was hit by a pitch on Thursday nigh and fractured his left hand.