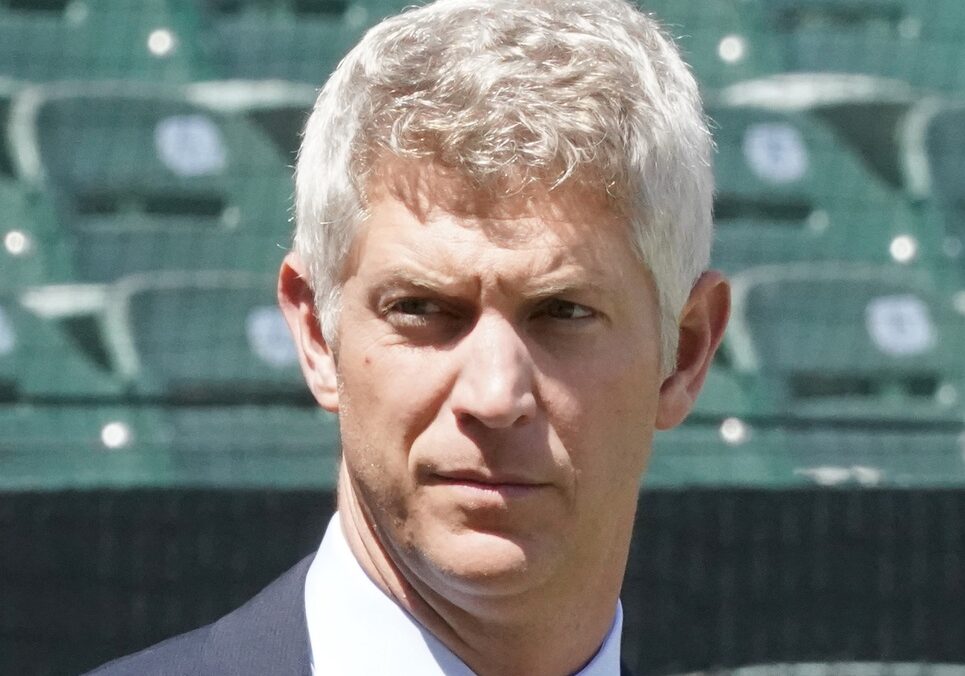 BALTIMORE—The Orioles will pick first in the amateur draft, which begins on July 17th, and executive vice president/general manager Mike Elias, who attended the draft combine in San Diego this week, said the team is considering five or perhaps six players with that pick.

“We are working with a group of five, maybe six, but probably five players at this point,” Elias said. “I don’t expect to name any of those players. I do expect to carry that group all the way into the draft meetings.”

Some of the players the Orioles have been linked with are high school outfielders Dru Jones and Elijah Green, high school infielders Jackson Holliday and Termarr Johnson and college infielders Jacob Berry and Brooks Lee.

“There’s a lot of information that comes in late leading up to the draft,” Elias said. “It’s not responsible to pair the list down until you get all that.”

It’s the second time in four years that the Orioles had the top pick. In 2019, they chose catcher Adley Rutschman with the first selection.

“It’s a very good group of players I’m very excited about,” Elias said. “That does not make the decision any easier. In fact, it makes it harder. It’s always a high stakes decision, a lot of unknowns, luck involved. It’s a tough thing. It’s a huge opportunity for us, and I hope we do well.”

Elias said he thinks his choices are “above average for a No. 1 pick. I feel good about that. There’s not a slam dunk A-Rod, Bryce Harper kind of thing, but beyond that it’s a really good thing. I would equate it to what we faced in 2019 when there were three players that I think in any given year you would have taken No. 1 and been very happy that they were there and you had to choose among those guys, and it feels similar to that.”

“I don’t know they affect one another,” Elias said. “DL Is making great progress at Norfolk. You see his outings, the pitch counts are going up. He’s had an outing where he’s covered five innings, a couple where he’s run out of bullets in the fourth, but the stats are getting better and better. I think the efficiency is getting better.

“He’s really on a good path and doing what we want to see him do. On the other hand, this is a kid because of [elbow] injury and the pandemic that’s really not thrown that many minor league innings since signing so he’s still learning a lot there, but very excited about where he’s at coming off the injury last year, what we’re seeing at Triple-A Norfolk.

“I think where his head is at is good and it’s at the point where we’re watching his outings very carefully, and doing so not just from a player development standpoint, but from a major league relevancy standpoint and we’re going to be looking for the right time to possibly see what we’ve got there.”

On ownership feud: Elias endorsed the leadership of Orioles Chairman and CEO John Angelos, who has been sued by his brother Louis.

“It’s unfortunate and definitely something you don’t like to see,” Elias said. “This is a tough business. There’s always kind of crazy stuff going on in this business. We’ve had our challenges the last few years. We’re going to stay focused on the tasks at hand, work diligently, work smartly and keep doing the right thing for the Orioles, and I don’t think that this is going to have any impact on the play on the field or the team that you see.

“I obviously can’t talk about the legal situation … I think I’ve been very consistent about the stuff that I’ve said since being hired in 2018.

“The support and relationship that the baseball ops department has had with the ownership group with John leading the team and leading the ownership group has been phenomenal. It’s been nothing but constructive. It will continue to be so and we’re set up with a very talented and stable management team, both in terms of the baseball ops department and the business side. John’s added a lot of depth to the organization. We’ve had to make a lot of tough changes and necessary changes to the way that the Orioles have done business and it’s been a difficult few years. It’s been a difficult process.

“I continue to have nothing but good things to say about the way he’s been running the company since taking the helm … I’ve got very high standards having worked with the Cardinals with Bill DeWitt and Jim Crane with the Astros. When I came here, I had other options. John was a big part of why I came. We’ve got things moving in the right direction. It’s been a tough couple of years. We’ve had a lot to navigate. There’ve been a lot of unique challenges to the Orioles. We’ve still got a lot of challenges ahead of us.