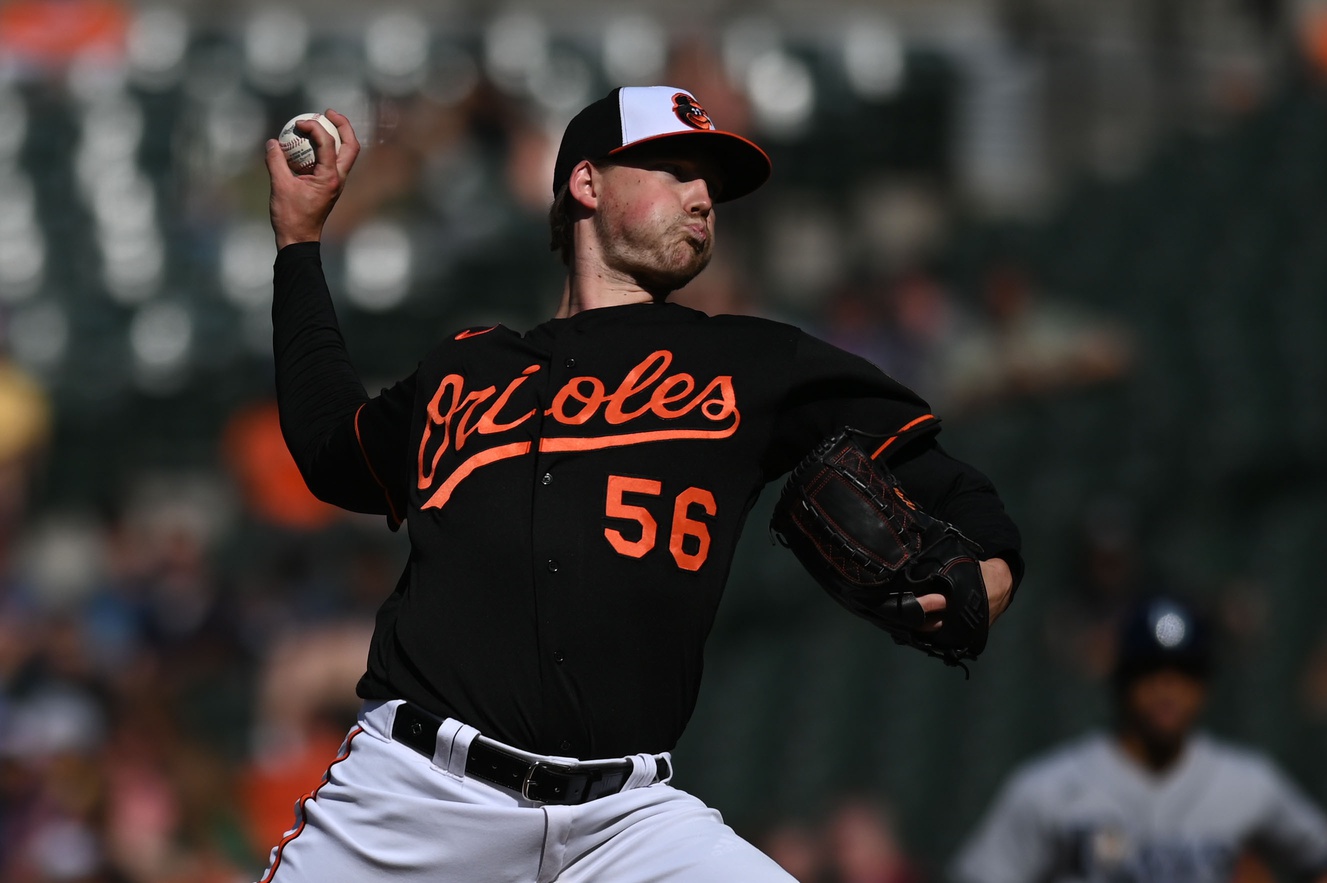 BALTIMORE—After starting pitcher Kyle Bradish allowed six runs in another short start, the Orioles fought back and tied the Tampa Bay Rays. In the ninth, reliever Dillon Tate faltered and allowed a run, and the Rays escaped with a 7-6 win before an announced crowd of 15,426 at Camden Yards on Saturday.

Calvin Faucher (1-1) pitched a spotless eighth, and Colin Poche a perfect ninth for his fourth save, spoiling the Orioles’ comeback bid.

The Orioles (29-38) scored two runs in the second on a two-run double by catcher Robinson Chirinos.

Bradish didn’t allow a hit in the first or second. In the third, Bradish allowed hits to the first four Tampa Bay (36-29) batters, and all scored. Manuel Margot and Ramirez each hit two-run doubles, and the Rays led, 4-2.

“Those guys found a way to extend the inning, and I think it was the difference in the game right there,” Chirinos said.

In the fifth, Choi hit a two-run home run to give Tampa Bay a 6-2 lead.

“It’s probably one of the first times it’s happened to me in my career,” Bradish said. “It’s definitely a learning experience, and I’m learning at the highest point of baseball. I’ve just got to keep grinding through it, keep working in between starts.”

On May 10th, Bradish pitched seven sterling innings against the St. Louis Cardinals, allowing two runs on four hits and striking out 11 for his only win.

“I am capable of pitching in the big leagues,” Bradish said. “I try to think back to my debut and then the St. Louis start. Those were the two good ones that I’ve had out of 10. That’s kind of time to start putting up some results.”

On Thursday, the Orioles optioned struggling starter Bruce Zimmermann to Triple-A Norfolk. Manager Brandon Hyde said there’s been no thought of doing the same with Bradish, whose ERA is 7.38.

“It hasn’t been talked about,” Hyde said.

The Orioles scored three in the fifth on an RBI single by Ryan Mountcastle and a two-run single by Chirinos.

“Today, I figured out something in the cage,” Chirinos said. “And I think it’s going to make a difference in my season, so that was good to see that in the cage and see the results in the game right away.”

Trey Mancini reached on an error by shortstop Taylor Wells with two outs in the sixth, Mountcastle walked, and Anthony Santander’s single scored Mancini to tie it at 6.

Santander’s hit was the last one the Orioles had. Tampa Bay pitchers retired the last 10 Oriole hitters.

“Good fight from our guys,” Hyde said. “Down early to a starter who we’ve struggled against and had a tough time against. We got some big hits and clawed back in the game. I thought our bullpen did a good giving us a chance. We just had a tough time scoring there in the last few innings.”

Krehbiel back, Gillaspie down: Relief pitcher Joey Krehbiel was activated from the 15-day injured list. He retired the two batters he faced in the seventh.  Right-hander Logan Gillaspie, who had a 4.35 ERA in 11 games, was optioned to Triple-A Norfolk after Friday night’s game. “Tough decision because except for one or two little hiccups, Logan’s been great for us. I think that as you start getting more talented, you get tougher decisions,” Hyde said. “Logan’s not somebody we wanted to send down by any means. I like his stuff. He’s just getting his feet wet in the big leagues. It’s an amazing story how far he’s come, but I’m sure you’ll see him up here soon. It’s one of those roster decisions you have to make at times.”

Elias on Matt Harvey: Matt Harvey is nearing the end of his 60-day suspension for distribution of opioids.

“I believe he’s throwing in Sarasota today, a sim game,” Orioles executive vice president/general manager Mike Elias said. “Then we may start to see him moved up through the minor league levels as soon as next week. Even though his suspension is not over, you’re allowed to pitch at the lower levels. Ultimately, at the time his suspension ends, which is early next month, he’s a normal member of the Norfolk rotation. That’s kind of the plan.”