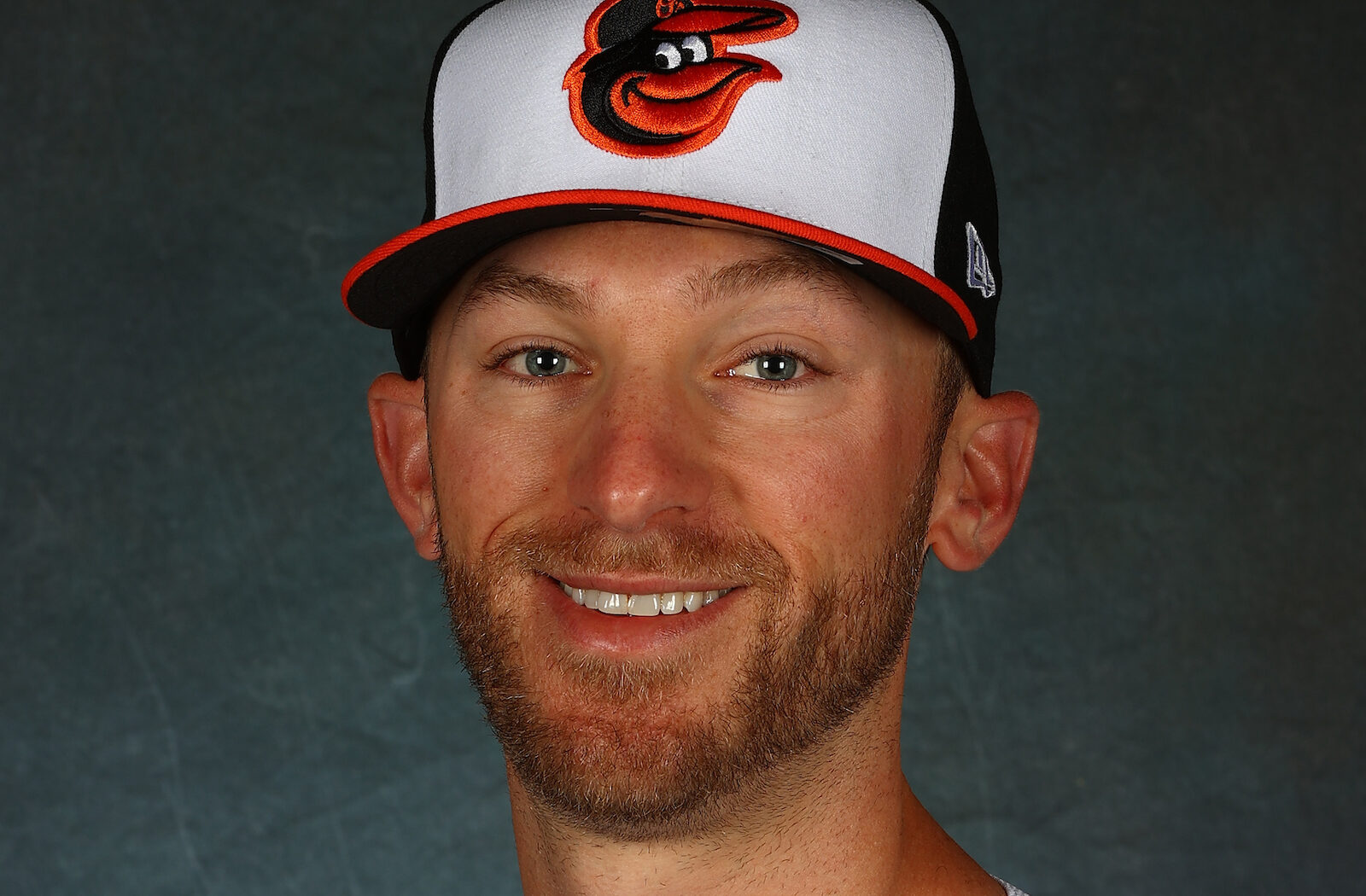 Fuller, who played one season in the Arizona Diamondbacks organization, was the hitting coach for Double-A Bowie last season and the organization’s full season hitting coordinator. The 32-year-old joined the organization after spending four seasons coaching baseball and teaching English at Haddam-Killingworth High in Higganum, Connecticut.

This interview has been edited for clarity.

Question: How are you adjusting to the major leagues and the lifestyle?

Ryan Fuller: “I love it. It’s been great. Double-A last year, being with Buck Britton kind of showed me the ropes, being with a great staff there. Definitely different in the big leagues, going from city to city where in the minor leagues, you’re playing for six games. You’re stationed a little bit. You get every Monday off. I just love the routine of this every day. Even though you might be in a different city, you’re still doing the same work. There’s still going to be cage time with guys. The consistency is something I enjoy.”

Question: How do the hours and intensity compare with the minors?

Fuller: “There’s definitely more here. Being with 13 different guys, working with strength and conditioning staff every single day, it’s been awesome. It hasn’t felt like a grind at all. This is something that hitting coaches in the [organization] enjoy doing anyway. We go home. We look at video. We prep for the pitchers. There’s always work to do. Being here hasn’t felt like a grind at all.”

Q: Do you feel the players have been receptive?

Fuller: “Borgs and I, I think we’ve done a great job of showing these guys first and foremost. We listen to them. We care about them, and the comfortability between coach and player has been outstanding. The environment in the cage every day has been great. The guys know clearly what they’re working on. When they come in, they have their programs and progressions to go through. We have great conversations every day. There’s not a guy in here I don’t feel like we can have a really good conversation and speak the truth with.”

Q: Do you talk to every guy after every at-bat, after every game? Do you have to hold yourself back?

Fuller: “Definitely, it depends on the player. There are some players who’ll come up after every [at-bat] and say: ‘Here was my approach. It worked. It didn’t work. Let’s adjust for next time, and then there are some other players you stay back and let them approach you and maybe it’s every two weeks they come and we circle the wagons, and say: ‘That worked, let’s adjust [or] Hey, we need to reassess here.’ It’s really dependent on the player and their appetite on how often they want to do a little bit more of a deeper dive, whether that be mechanically, approach-based, but I think the guys know that we have a program for each guy, and we’re going to let them know, ‘Hey, we’re on track or we need to adjust.’”

Q: Adley Rutschman has had more adjustments to make offensively in the major leagues than defensively. You had him at Bowie for a few months last year. How do you handle him?

Fuller: “Luckily we’re working with one of the best people in the organization, too, and we know Adley is going to be fine coming up here in terms of prep as a coach. Preparing for the Yankees, the Rays, major league teams is certainly different than Double-A, and Adley is seeing the quality of the pitching. There’s no one guy you can beat up on every single night. With him, it’s the same kind of work we’ve been working on in the minor leagues in terms of mechanical work, and then refining his approach and say, ‘Here’s a pitch we can eliminate to really circle in on this one before two strikes’ and then we’ll go do work with two strikes. He’s been great, and we’re trying not to overwhelm him too much. Certainly, coming up to the major leagues, there’s a lot of voices in your ear. He knows the things he needs to work on, and we’re going to chip in on it every single day. We’re not worried about one game doing well, the next game not doing so well. We’re have a program that’s going to be process-driven so he’s going to have success the more games he has up here and the more comfortable he feels.”

Q: The biggest story around the club offensively the first few weeks of the season was the wall and the changed dimensions in left field. You didn’t coach here with a shorter left field. How much did you talk to players like Trey Mancini and others about getting the wall out of their minds?

Fuller: “We didn’t talk really at all about it. We’re going to go to any park, no matter how it’s structured and still focus on making great swing decisions, hitting the ball hard on a line and Trey’s been doing a great job of that regardless of whether we’re playing at Camden Yards, Fenway. Going up there, looking for the pitch to drive and hitting it hard. He’s done that all year, certainly. Maybe he wishes a few more went out of the park, but they’re going to go out of the park now. The ball’s jumping a little bit more. The weather’s warming up and really just focusing on the things we can control. If we can pinpoint the direction and where the ball is going to land, we’d certainly do that, but we know we can control swinging at good pitches and hitting it hard.”

Q: What’s been your biggest surprise?

Fuller: “I think just the quality of the people in the cage and the dugout everybody that’s surrounding us. There really hasn’t been issues of: ‘You’re young, you’re inexperienced.’ They see we’re here to provide value. We’re not here to say we have all the answers. We’re here to uncover, learn and experience with them, so I think the guys here just have been pleased with how they all get along and we’re really grinding together every day and learning and adjusting as we go.”

Q: You’re a pretty cerebral guy. Do you get into the home run chain?

Fuller: “I absolutely love it. I love hitting, but I love creating good cultures and environments, and we have that here every single day. Guys coming in the cage, we’re blaring music, we’re having great competitions in the cage between guys. The home run chain is amazing. We have little things after the game for player of the game. The more we can do to make guys feel that they’ve bought into what we’re doing and be a part of this family, I love that stuff.”

Q: What do you take from teaching high school English to students who aren’t necessarily athletes into working with professional athletes?

Fuller: “I think that’s one of my biggest strengths. I wouldn’t be here if I weren’t a teacher for four years in Connecticut. When you walk into an English classroom, you have 25 kids who would probably [want to] be anywhere in the world but your classroom, and I try my best to make it engaging and a fun environment that these guys when they came into my classroom, they knew they had a really good hour of having fun, but also learning as well, and we try to do that in the cage with guys as well. It can be monotonous if you do the same thing every single day. But coming in, making it fun, challenging and engaging, knowing that the work is meaningful is super important and then when it comes to educating the guys it comes to a lot of data points, a lot of analysis that goes into it, but how can we break it down to something meaningful where I go, ‘Boom, this is the one thing we need to work on,’ [and] they automatically get it. Taking some tough information at times, condensing it down to something tangible that they understand. Those are some of the things that translate really well from my teaching career to coaching.”

Q: Have you been able to read any good books this season?

Fuller: “I’ve circled the wagons back to Ryan Holiday’s ‘Stillness is the Key.’ [Third base coach] Tony Mansolino read it and it inspired me to reread it. I’m currently reading that now, which is a great one, especially during the season with so much going on. You have find to an hour, a half-hour of your time to recenter, to focus on the things you can control, so that’s been a good one. Another one that Manso’s reading that I’ve gone back through is “The Coach’s Guide to Teaching,” by Doug Lemov. That’s more centered on soccer, but really perception, creating good environments, culture, all that kind of stuff.”

Q: Do you have any favorite authors?

A: “Ryan Holiday is my favorite. He’s written “Obstacle is the Way” and “Ego is the Enemy,” a lot of stoic, principled books. Those are by far my favorites and the hitting coaches in the [organization] know I talk about him a lot, so he would definitely by my favorite.”