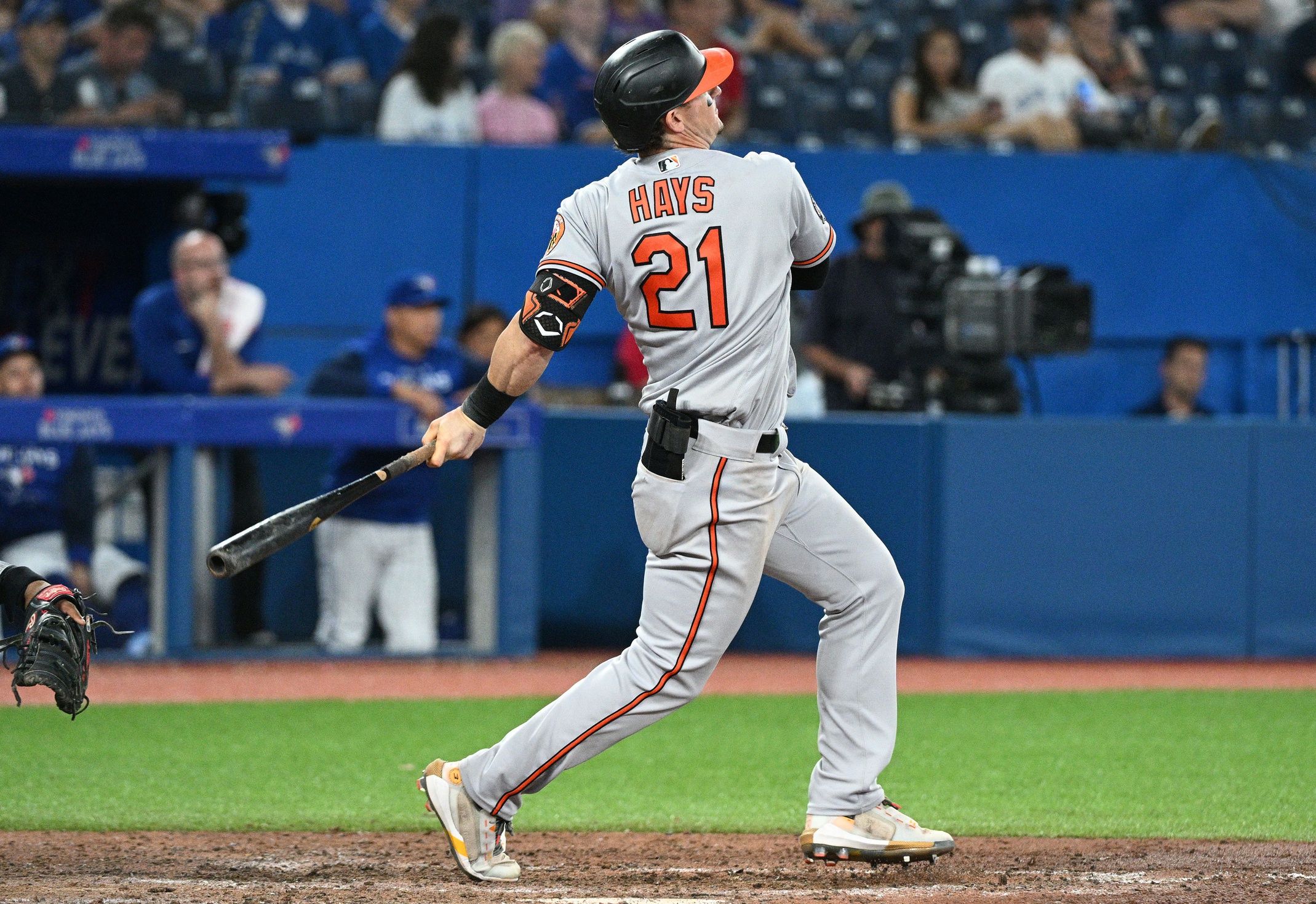 The Orioles scored six runs in the third inning against former Oriole Kevin Gausman and Tyler Wells pitched six strong innings as the Orioles defeated the Toronto Blue Jays, 10-2, at Rogers Centre on Thursday. The win gave the Orioles a split of their four-game series.

Ryan Mountcastle had a two-run single and Ryan McKenna hit two-run double in the sixth. Tyler Nevin also had a run-scoring double and Rougned Odor hit a sacrifice fly. The six-run inning equaled their biggest of the season.

Wells (4-4) allowed one run on five hits in six innings, striking out three and walking one. It was Wells’ third win and third quality start in his last four.

In the seventh, Odor had an RBI triple and scored on a sacrifice fly by Nevin. Austin Hays hit his ninth home run in the eighth.

The split with the Blue Jays (37-26) gave the Orioles a 4-4 record on their road trip to Kansas City and Baltimore. The Orioles return to Camden Yards on Friday night, beginning a three game series with the Tampa Bay Rays.

Hall’s latest effort came on the same day that the Orioles demoted a struggling Bruce Zimmermann to Norfolk. Zimmermann’s turn comes up on Tuesday when the Orioles face the Washington Nationals.

With an offday, the Orioles could skip over Zimmermann’s spot, but that doesn’t seem likely. The obvious choice would be Hall, who has thrown 38 1/3 innings in the minor leagues this season after being shut down after seven starts last season because of an elbow injury. The Orioles are monitoring his innings carefully.

If Hall starts next Tuesday, it would be in the Orioles’ 69th game. It will be interesting to see if they think he can pitch through the season. Pitching every five games and averaging five innings, which might be ambitious, could give Hall 65-to-70 major league innings.

AL East: Thursday’s win gives the Orioles a 12-18 record against the American League East. A year ago, the Orioles were 20-56 against the Blue Jays, Rays, Red Sox and Yankees.

The Orioles are 4-9 against New York, and play just six more games against them, three in the final week of the season. They’re 2-4 against Tampa Bay. They lost their first three games of the season at Tropicana Field,and won two of three against the Rays at Oriole Park May 20th-22nd. They lost 18 of 19 to Tampa Bay in 2021.

The Orioles were 5-14 against Toronto last season. After splitting the four games, they have 14 games left. The Blue Jays don’t play in Baltimore until August 8th. Toronto was supposed to open the season at Oriole Park, but those games were rescheduled because of the lockout. Those games won’t be played until October 3rd-5th.

The Orioles have won five of eight against Boston.