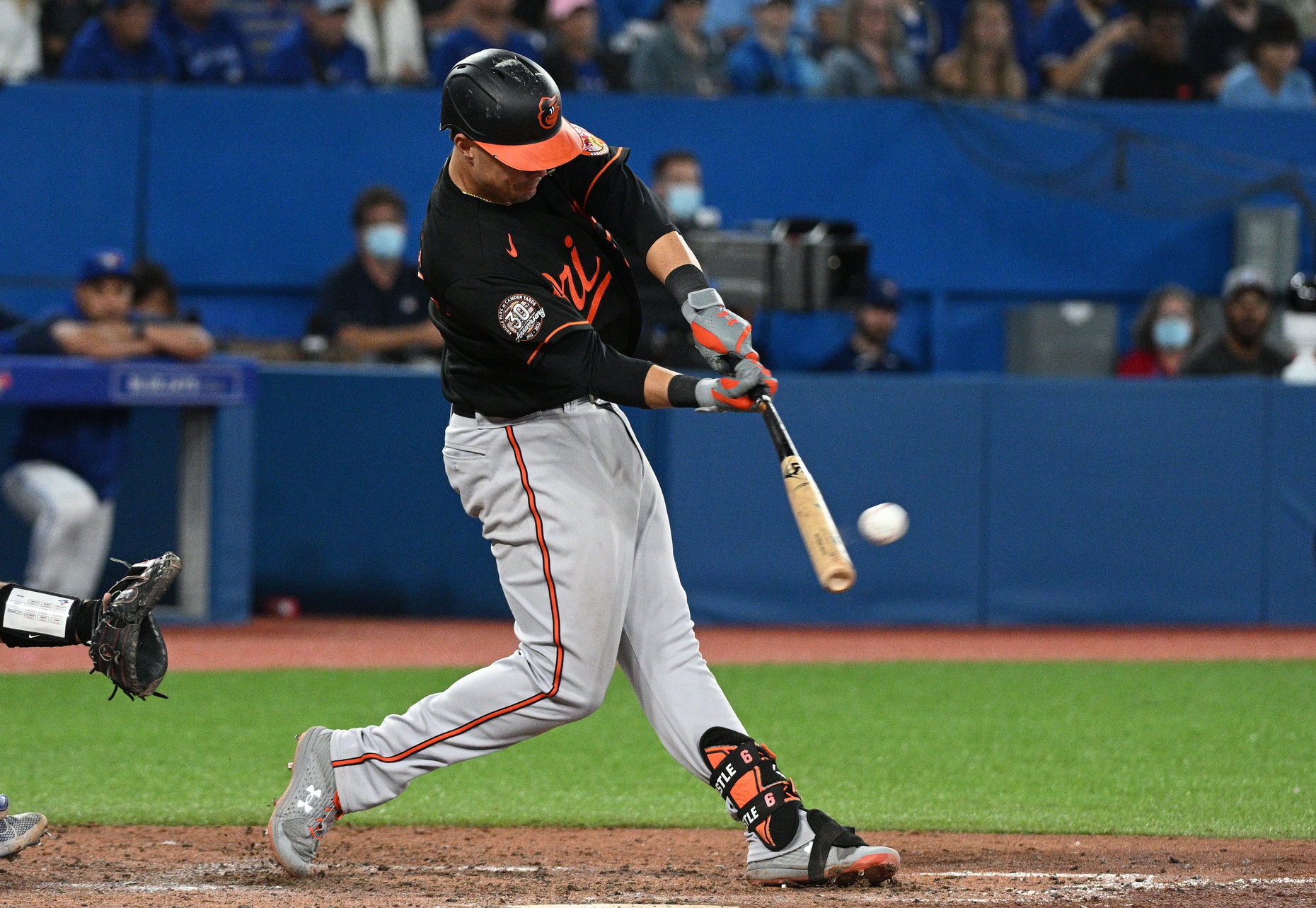 It’s been nearly four years since the Orioles made a series of trades that signaled the start of their rebuild. Perhaps the most interesting was the most surprising at the time.

O’Day was on the injured list at the time, and general manager Dan Duquette wanted to unload his 2019 salary.

Four years later, O’Day is still in the major leagues in his second iteration with the Braves at 39. Gausman, who pitched for Atlanta in 2018 and 2019, moved on to Cincinnati and San Francisco before signing a five-year, $110 million contract with Toronto just before the lockout began on December 1st, 2021.

The other players traded away in the fire sale — O’Day, Brad Brach, Zack Britton and Jonathan Schoop have played against the Orioles multiple times, but Gausman hasn’t faced them.

That will change on Thursday afternoon when he’ll pitch against an Oriole lineup that will won’t contain a single player who was with the Orioles when he was traded.

Trey Mancini, who was on that 2018 team, likely be on the bench because his right hand was injured by a pitch on Monday night.

At the time of the trade, Zimmermann was considered a fringe prospect and was of interest principally because he was from Ellicott City.

Zimmermann worked his way to the major leagues, and through his first six starts this season, was 2-1 with a 2.67 ERA. He allowed just one home run in those six starts.

On Wednesday night, Zimmermann was on the verge of losing his fifth straight. He allowed six runs and a career-high 11 hits in 4 2/3 innings. Zimmermann left with the Orioles trailing, 6-2.

The Orioles rallied to tie the game in the eighth inning, only to fall, 7-6, in the 10th on a game-winning hit by Vladimir Guerrero Jr.

It was the third straight start Zimmermann allowed 10 or more hits, and he allowed three home runs. In his last seven starts, Zimmermann has given up 17 home runs, and his ERA has risen to 5.94.

It remains to be seen if the Orioles will allow Zimmermann to stay in the rotation or if they demote him. Two options to join the rotation are prospect DL Hall, who is expected to be promoted sometime soon, and Spenser Watkins, who threw three innings in his first start for the Tides since he was put on the 15-day injured list after he was hit by a Ji-Man Choi line drive on May 22nd.

Toronto prevails: The Orioles fell behind 5-0 and 6-2 but rallied behind two home runs by Ryan Mountcastle and Adley Rutschman’s first as an Oriole before Guerrero’s RBI single in the 10th against Félix Bautista won it for the Blue Jays.

Mountcastle was practically a one-man force, hitting home runs in the seventh and eighth. His second home run was a two-run shot. It was his 12th against the Blue Jays and his 12 of the season, tops on the Orioles.

Kyle Stowers was the automatic runner to begin the 10th. Jorge Mateo bunted him to third, but Ryan McKenna struck out and Cedric Mullins popped out to third.

Guerrero drove in Bo Bichette, the automatic runner from second, on the second pitch from Bautista (2-2).

Rutschman’s home run: In Rutschman’s first 75 major league at-bats, he hadn’t driven in a run. In the 76th, Rutschman hit a two-run home run. It was the Orioles’ first hit.

Rutschman showed plenty of power in the minor leagues. Last season, he hit 23 in 123 games with Bowie and Norfolk.

Carter Baumler started and allowed three runs, two earned, on three hits in 2 2/3 innings. Ryan Long allowed an unearned run and a hit in four innings to earn his first save.