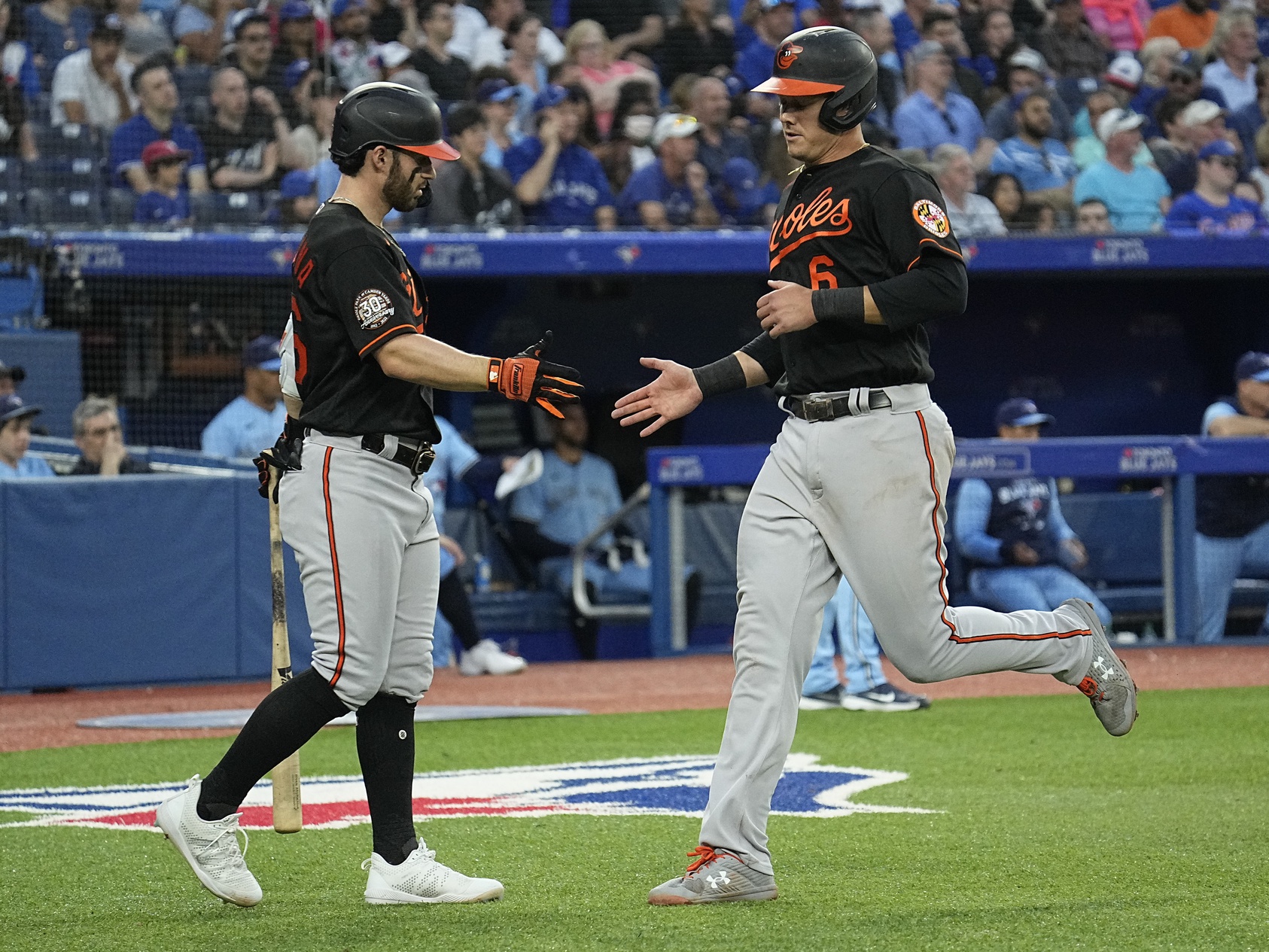 Starting pitcher Jordan Lyles turned in a gritty effort, Ryan Mountcastle had two doubles and a two-run home run, and closer Jorge López got the last five outs as the Orioles defeated the Toronto Blue Jays, 6-5, at Rogers Centre on Tuesday night.

The win ended a seven-game losing streak against the Blue Jays (36-25).

Mountcastle’s home run was his 10th. He trails Anthony Santander, who has 11, for the team lead. Santander is not with the team in Toronto because he’s not vaccinated against Covid-19. Austin Hays also homered, his eighth.

Lyles (4-5) won for just the second time since May 1st. He allowed four runs on five hits in 5 1/3 innings. Orioles manager Brandon Hyde praised Lyle’s effectiveness against the Blue Jays’ lineup a night after the Orioles had been walloped, 11-1.

Felix Bautista gave up a hit that allowed Lyles’ fourth run to score but recorded the final two outs of the sixth. Dillon Tate pitched a scoreless seventh.

Cionel Pérez allowed two hits and recorded just one out in the eighth before Hyde called on Lopez, whose sinker was outstanding.

López retired each of the five batters he faced for his ninth save. His ERA dropped to 0.88. He was helped in the ninth by a sensational play by shortstop Jorge Mateo, who charged a slow ground ball by leadoff hitter Bo Bichette, made a bare-handed grab and a strong throw to first as his momentum carried him toward the plate. Hyde singled out the athleticism and importance of the play at that point.

Matt Chapman scored on an infield out by Bichette in the bottom of the third. An RBI double in the fourth by Robinson Chirinos put them ahead, 3-1.

Chapman hit a hanging slider by Lyles for two-run home run in the fourth to tie the score, 3-3.

A home run to center by Hay and a sacrifice fly by Tyler Nevin put the Orioles ahead, 5-3. in the fifth.

An RBI single by Mullins in the sixth gave the Orioles a 6-3 lead.

Gabriel Moreno had RBI singles in the sixth and eighth to cut the Orioles’ lead to 6-5. López came on after Moreno’s hit, and needed 17 pitches to record the five outs.

Mancini’s injury: Trey Mancini was out of the lineup on Tuesday night after he was hit by a pitch on his right hand in the sixth inning in Monday night’s game.

After a lengthy replay review, it was ruled that Mancini struck out on the pitch.

Mancini told reporters in Toronto that he hoped to be back in just two or three days and thought he would avoid the 10-day injured list.

The Orioles played with just two healthy players on their bench, outfielder Kyle Stowers and second basemen Rougned Odor. Hyde had Chirinos catching and Adley Rutschman as the designated hitter.

Besides Mountcastle, Nevin and Rutschman can play first.

After Sunday’s game, the Orioles will have to play with a four-man bench since teams will be limited to 13 pitchers on their rosters.

Mateo’s speed: Mateo was caught stealing second in the second inning. It was just the third time this season he’d been unsuccessful stealing. In the sixth, he stole second and third, and scored the Orioles’ sixth run.

Last season, Cedric Mullins stole 30 bases. It was just the 21st time in team history that an Oriole stole 30. If Mateo stays healthy, he should exceed 30.

Chris Vallimont allowed two hits in five scoreless innings as Double-A Bowie defeated Binghamton, 9-0. Vallimont (1-0), who was claimed on waivers from Minnesota last month, struck out three and walked one.