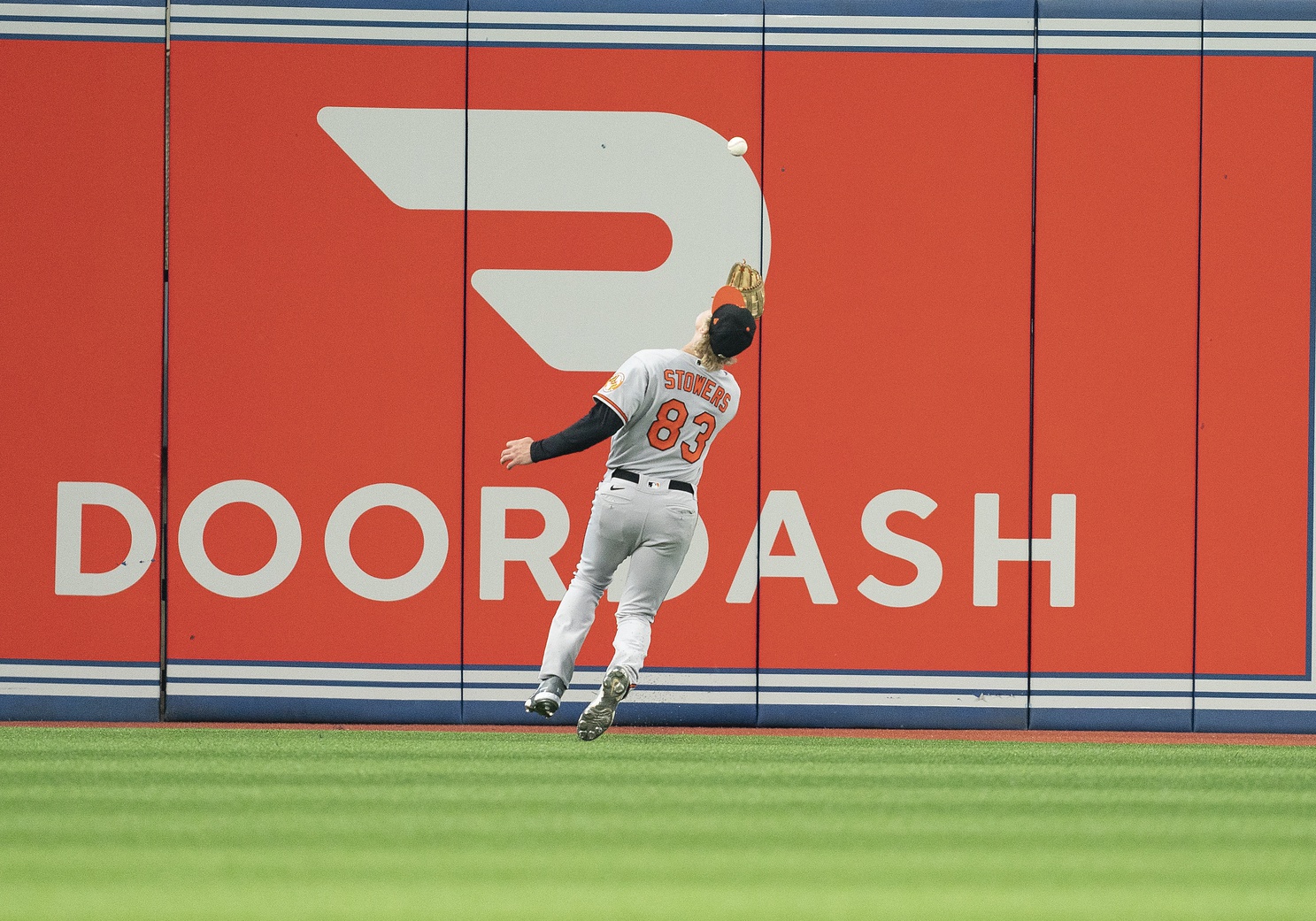 It took an unusual situation for outfielder Kyle Stowers to make his major league debut against the Toronto Blue Jays on Monday.  MLB Pipeline has Stowers rated eighth and Baseball America ninth among Orioles’ prospects.

He’s the ninth Oriole to make his debut this season, and the third high-ranking prospect. Adley Rutschman, and Monday night’s starting pitcher, Kyle Bradish, were the others.

Stowers got his opportunity because Anthony Santander has refused to get a Covid 19 vaccination, and players without the vaccine are prohibited from playing in Canada.

Stowers was 1-for-3 in the Orioles’ 11-1 loss to the Blue Jays. He doubled and drove in Rutschman in the seventh inning and was hit by a pitch in the ninth.

While Stowers hasn’t had the publicity that Rutschman, and pitchers Grayson Rodriguez and DL Hall have had, he’s put up solid minor league numbers.

In 2019, Stowers was the third selection of the Orioles behind Rutschman and infielder Gunnar Henderson, who was promoted to Triple-A Norfolk last week. Stowers was selected 71st overall in the competitive-balance round.

Stowers, who went to Stanford, played against Rutschman when he was at Oregon State, and he was a teammate of his in Aberdeen, Bowie and Norfolk.

Stowers played at three levels last year, beginning the season with the IronBirds at High-A, moving on to the Baysox, and finally to the Tides.

It was thought that Stowers’ opportunity would come if the Orioles made a trade of one of their outfielders or designated hitters, but Santander’s status made the four-game trial tempting.

The Orioles have become more aggressive in promoting their younger players, and it will be interesting to see if they keep Stowers in the majors or send him back to Norfolk after the series to make sure he plays regularly.

There is no penalty for using Stowers. He’s not on the 40-man roster and can be returned to the minor leagues without an option.

Even if he doesn’t stay beyond Thursday, Stowers is likely to get an extended trial in the coming weeks.

The Orioles will have to add a position player to the roster next week. They have 14 pitchers, and after Sunday’s game won’t be able to keep more than 13. Perhaps Stowers will be that player.

Toronto scored seven runs in the fifth, the most the Orioles had allowed in any inning this season.

Austin Voth gave up a run on three hits in 1 1/3 innings and Garcia gave up a home run to Vladimir Guerrero Jr., his 15th.

The Orioles lost their seventh straight game against the Blue Jays. They lost their last six in 2021. This was the first meeting this season. Toronto was supposed to play a season-opening series in Baltimore, but it had to be rescheduled because of the Major League Baseball lockout. It will be played October 3rd-5th.

Notes: High-A Aberdeen right-hander Carlos Tavera was named the South Atlantic Pitcher of the Week for the week of June 6th-12th. … Jordan Lyles (3-5, 4.97) will face Yusei Kikuchi (2-2, 4.44) on Tuesday night. … The Orioles released minor league right-handers Ofelky Peralta, David Lebron, Kyle Martin, infielder Leonel Sanchez and outfielder Josue Cruz. Peralta had been with the organization since 2014 and was invited to major league spring training this year. He was 1-2 with a 10.34 ERA in nine games for Triple-A Norfolk this season. … The Orioles have used 48 players this season.