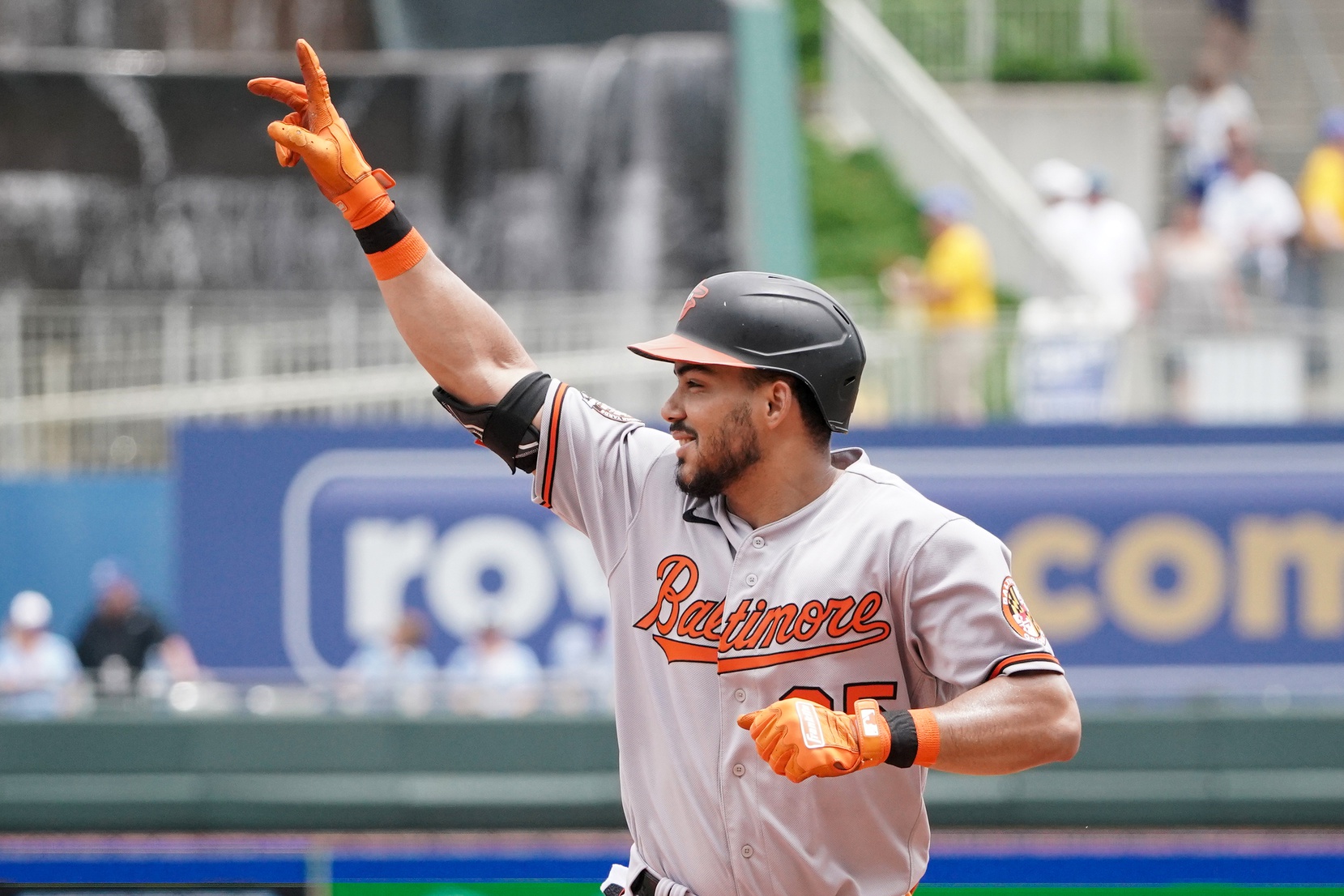 It’s time for the second part of our monthly mailbag. We received a number of excellent questions. Questions are edited for clarity, length and style.

Question: When do you think the Rays and Jays will hit their next ebb because of cost constraints and aging?  How about the Yankees and Red Sox, even though they can buy their way out of any prolonged down cycles? Any chance that will coincide with the Orioles reaching the peak of their rebuild? From: Tom Paullin via email

Answer: That’s an interesting question, Tom. I think the Orioles need to concentrate on building up their team. If they have a better team, they’ll become more competitive with the other American League East teams.

While the Yankees have the financial wherewithal the Orioles don’t, they’ve also made good moves. Their drafting of Aaron Judge and Jordan Montgomery, and trades for Jameson Taillon, Clay Holmes and Michael King were good baseball moves.

They can afford huge contracts for Gerrit Cole and Giancarlo Stanton, but without good scouting and good management, they wouldn’t contend.

The Red Sox have greater resources than the Orioles do, and while their farm system is one of the better ones in baseball, it’s not quite as good as the Orioles’.

Toronto also has an ownership that’s not afraid to spend along with an excellent core of young players while Tampa Bay has both a strong major league roster and a strong minor league system.

The financial environment isn’t that different from 10 years ago when the Orioles began their five-year run of contending teams. If they have good enough players, they can do that again.

Question: When do you think DL Hall will be called up. Do you think it will be soon? From: @rachelkatzenbe2

Answer: Rachel, I think DL Hall’s time with the Orioles is fast approaching. I’ll guess he’ll be with the Orioles sometime next month. With his innings being limited this year, I hope they’d want to use as many of those innings in the major leagues as possible. He’s been stretched out at Norfolk recently, so I think he should be in Baltimore soon.

Question: Despite the fact that the Orioles’ minor league teams are rated highly in terms of their talent, my understanding is that their won/loss records are not that impressive to date. Can you recap their records and offer any thoughts on why they might be underperforming? From: Glenn Fuller via email

Answer: Glenn, according to @DownontheFarm12, the Orioles have the 10th-worst cumulative record in minor league baseball (108-120), a .474 percentage.

While Aberdeen has one of the best records in baseball (38-18), a .679 winning percentage, Bowie, Delmarva and Norfolk have losing records.

The Orioles have some of the top talent in the minor leagues, but the organization doesn’t have the depth necessary at every level.

Delmarva is just 19-37, and the average age of the Shorebirds is 21.8. Many are young international players who are playing their first full season of affiliated ball in the United States.

Question: Have you heard any reports about who the Orioles might take with their first draft choice? From: Brad Kreger via email

I don’t know who the Orioles will take with the top pick of the draft, but a few of those that they’re considering are high school prospects — outfielders Elijah Green and Druw Jones and infielders Jackson Holliday and Termarr Johnson. Johnson recently worked out for the Orioles in Baltimore. Cal Poly shortstop Brooks Lee is also a possibility.

The draft is considered a strong one, but not for pitchers. In Mike Elias’ three drafts, they haven’t selected a pitcher before the fifth round, and I’m guessing this is the year that changes.

Question: How long can the Orioles keep 14 pitchers on their roster? From: David Evans via email

Answer: David, major league teams can keep 14 pitchers on their rosters through Sunday. After that, they’ll be limited to 13, and the Orioles will have 13 position players and a four-man bench.

Question: Why is it the Orioles don’t seem to do any better against teams with losing records? Haven’t checked the stats fully, but seems like their W-L record is virtually the same no matter which team we play. From: Bob Stier via email

Answer: Bob, the Orioles are 9-12 against teams that have losing records, and 17-24 against teams with winning records. Their winning percentage against losing teams is .429 and .415 against winning teams, so you’re right about the record being the same. There’s no logical explanation.

Question: Why are players allowed to wear a hand protector while on the basepaths?  It seems like an unfair advantage to have your hand length extended by the protector when diving into a bag. From: Kevin Chaney via email

Answer: Kevin, I don’t see a size limit on sliding gloves in the major league rule book, but they’re supposed to snugly fit on a player’s hand and not provide an advantage.

Question: Jorge Mateo has emerged as a top defensive shortstop in MLB.  He is leading MLB with a defensive WAR of 1.6, good range and great arm. His past MLB stats, though limited, never approached this year’s numbers. Is he doing the Brooks thing and just taking extra infield?  Or was he that good in the minors, too? From: Neal Mather via email

Answer: Neal, I think the answer is that Mateo is getting a chance to play. He was a top prospect when he signed with the Yankees. Before the 2016 season, Mateo was ranked as the 26th-highest prospect in all of baseball by Baseball America and was in their top 100 the next two years as well.

Mateo was part of a deal with Oakland that brought Sonny Gray to the Yankees, and while his numbers were still pretty good in the Oakland organization, he was sent to San Diego.

With the Padres having Jake Cronenworth, Manny Machado and Fernando Tatis in the organization, there wasn’t any room for Mateo, and the Orioles had an opening.

Question: Will Jordan Lyles be the answer in the O’s rotation? With Bradish, Rodriguez, Hall, and a healthy Means will there be a spot for Lyles? I like the guy as a pitcher and think he is a veteran guy that the young players can look up to and learn from, but will his spot be pushed out by a rookie/free agent signing or will he be in the future plans? From: Dillon Gordon via email

Answer: Dillon, Lyles has an $11 million option for 2023. He receives $1 million if the option isn’t exercised. While Lyles has been a good mentor and, at his best, works deep into games, I think the Orioles picking up that $11 million option for 2023 isn’t a sure thing. I wouldn’t rule out him getting traded at the deadline this year, either, though that would really strain the starting staff. I don’t see Lyles as a long-term starter.

Question: How many bunt attempts/hits does Cedric Mullins have this year? I don’t catch every game, but I don’t recall seeing any attempts. From: Rob Ewing via email

Answer: Rob, Mullins has bunted twice for base hits this season. He bunted for five hits last season.

Question: Do you see another Houston Astro story as this team develops? Mike Elias and crew were brought here for that, and I personally see that story developing. What do you see coming together in the near future? From: William Warfield via email

Answer: William, the Orioles are still in the early stages of the rebuild. If the Orioles are as successful as the Astros have been since 2015, that would be a marvelous achievement.

I don’t know how successful the team will be. The American League East is tougher than the American League West, and their best prospects have either just arrived and are learning the big leagues or are still in the minor leagues. We should know more a year from now.

Question: Is there a reason why there are fewer rotator cuff issues and more ulnar collateral ligament injuries of the elbow now?  Does it have to do with pitchers being pulled from games quicker now than in the past, thus lowering the number of pitches a pitcher throws in a season?  Does it have something to do with every pitcher now trying to throw 100 mph fastballs every pitch instead of using an assortment of pitches (and location) to get batters out? From: Warren Brock via email

Answer: Warren, the causes of pitchers’ injuries are a subject of great speculation. Many people in the game think it’s because there’s such an emphasis on throwing harder, as you suggest. You see more pitchers throwing harder than in the past.

Most of the top pitchers in baseball have had serious arm injuries at some point. It’s a hazardous profession.

Question:  In 2001 the Orioles reconfigured the dimensions of the park by moving home plate a little and re-angling it.  It drastically cut down on the home runs. They only did it for one year, but it had the desired effect. One of these days we’re going to be good again and those seats are going to be missed. Did Elias do this on his own and do you think we should have tried something like that again instead of zapping 20 rows of seats in left field? From: Allen File via email

Answer: Allen, I think changing the park’s dimensions has helped make the games more watchable. As the weather has gotten warmer, you’ve seen more balls fly out of the ballpark, but not to the extent of recent years.

Mike Elias says the dimensions were changed to benefit Oriole pitchers, and their hitters have now adjusted. I don’t think they’ll be reversing the decision. I think it was a good one.

Yes, they lost about 1,000 seats, and they can only hope that those seats will be missed.

Question: What are the chances of Shelton Perkins making the Orioles? From: Jack Bayliss via Facebook

Answer: For those of you who aren’t as familiar with Shelton Perkins as Jack is, he was drafted by the Orioles in the 16th round in 2019 from James Madison University. Perkins is a right-handed reliever and is 0-2 with a 4.15 ERA and one save for Bowie in 14 games.

His biggest issue is control. Perkins has walked 16 batters in 17 1/3 innings this season. He has struck out 17 and hasn’t allowed a home run. In order for Perkins to become a major league prospect, his control must improve.