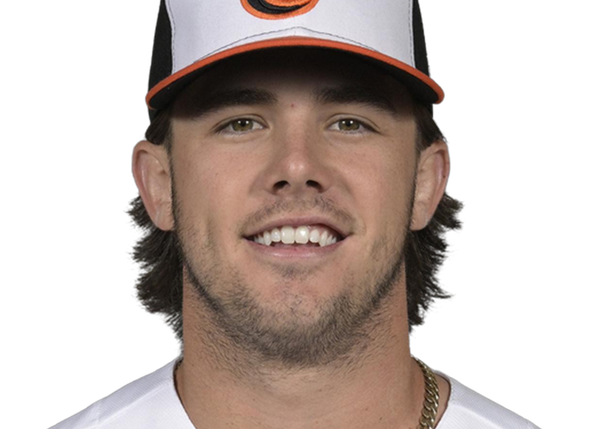 Triple-A Norfolk pitcher DL Hall believes in himself. He’s confident in his pitches, preparation and composure. He knows he’ll be ready when he gets the call from the Orioles at some point this summer.

“Just believing in myself,” Hall said. “I think I can do it tomorrow. As long as I’m built up, I feel like I am ready to go.”

That buildup is the only roadblock to the 23-year-old left-hander’s promotion to the Orioles. He is already on the 40-man roster and is the Orioles’ No. 5 prospect, according to MLB Pipeline.

Hall, who was selected by the Orioles in the first round (No. 21 overall) of the 2017 draft, was shut down last season after being diagnosed with a stress reaction in his left elbow. He didn’t begin throwing again until November.

“I was throwing pretty well last year, it was definitely a disappointment being shut down like that,” Hall said. “I was trying to get into the big leagues.”

Hall spent the offseason getting the elbow ready for 2022. The Orioles held him back in spring training to monitor his progress.  He has been ramping up his innings over the past two months.

“It gave me a lot of time to work on things and have a stretched-out throwing program,” Hall said. “It kind of helped me get into a slower buildup, and just get into the rhythm with all of the pieces of my delivery. It was big for me and helped me out a lot.”

In his most recent start on Friday, Hall allowed three runs, two unearned, in Norfolk’s 7-0 loss to Nashville. Hall gave up four hits in 4 2/3 innings, walked three and struck out eight. He threw 82 pitches.

“I think just mixing all of my pitches and trying to stay through the zone,” Hall said. “Now that I can stretch deeper into games I can cruise and be a real starter. For the main thing, getting my timing up out of the stretch has been a big thing for me right now. But it’s going well. We’re moving in the right direction.”

Orioles executive vice president/general manager Mike Elias is monitoring Hall’s progress. The club has already lost two of its most valuable pitchers — John Means and Grayson Rodriguez — to injuries. Elias wants to ensure that Hall is healthy and ready when he gets the call to report to the Orioles.

“We just want to see him build up and cover innings and get his pitch counts into a more efficient space, so he’s able to work into the fourth, fifth, and beyond,” Elias said. “He knows that and he’s doing that. The flashes of what he’s showing in Triple-A is very exciting, but the level of experienced hitters that he’s facing there is teaching him a lot about how to pitch at that level, too. But I am very pleased with where he’s at.”

As  part of Hall’s preparation for the next step, he asks questions of players with major league experience.

“I always ask guys who have been up there what’s the difference, what’s worse about it, what’s better about it, harder about it or whatever,” Hall said. “A lot of guys tell me it’s the same game. It’s not so much of a talent difference but more so just consistency and day-in and day-out. That’s what they get paid for.”

Honors: The Orioles named Norfolk pitcher Grayson Rodriguez Minor League Pitcher of the Month for May and Gunnar Henderson, who joined the Tides last week, Player of the Month.

Rodriguez started six games and went 3-1, recording a 2.25 ERA. He limited opponents to a .177 batting average and a 0.97 WHIP with 48 strikeouts and 11 walks. He has been shut down because of a Grade 2 right lat strain.

Kjerstad debut: Heston Kjerstad, the Orioles’ ninth-rated prospect, was 1-for-4 with a single and RBI in his professional debut as Single-A Delmarva lost to Fayetteville, 7-1, on Friday night.

Kjerstad was the second overall pick in the 2020 draft. Later that year, he was diagnosed with myocarditis — an inflammation of the heart muscle — that ended his season before it began. Kjerstad was shut down again in 2021 because of continued concerns with the condition.

He was expected to make his debut out of spring training this year, but he suffered a strained hamstring on March 11th in a minor league intrasquad game that held him out at the start of the season.

The Shorebirds will ease Kjerstad into the lineup. He won’t play every inning and game and will be taken out mid-game as part of his rehab.