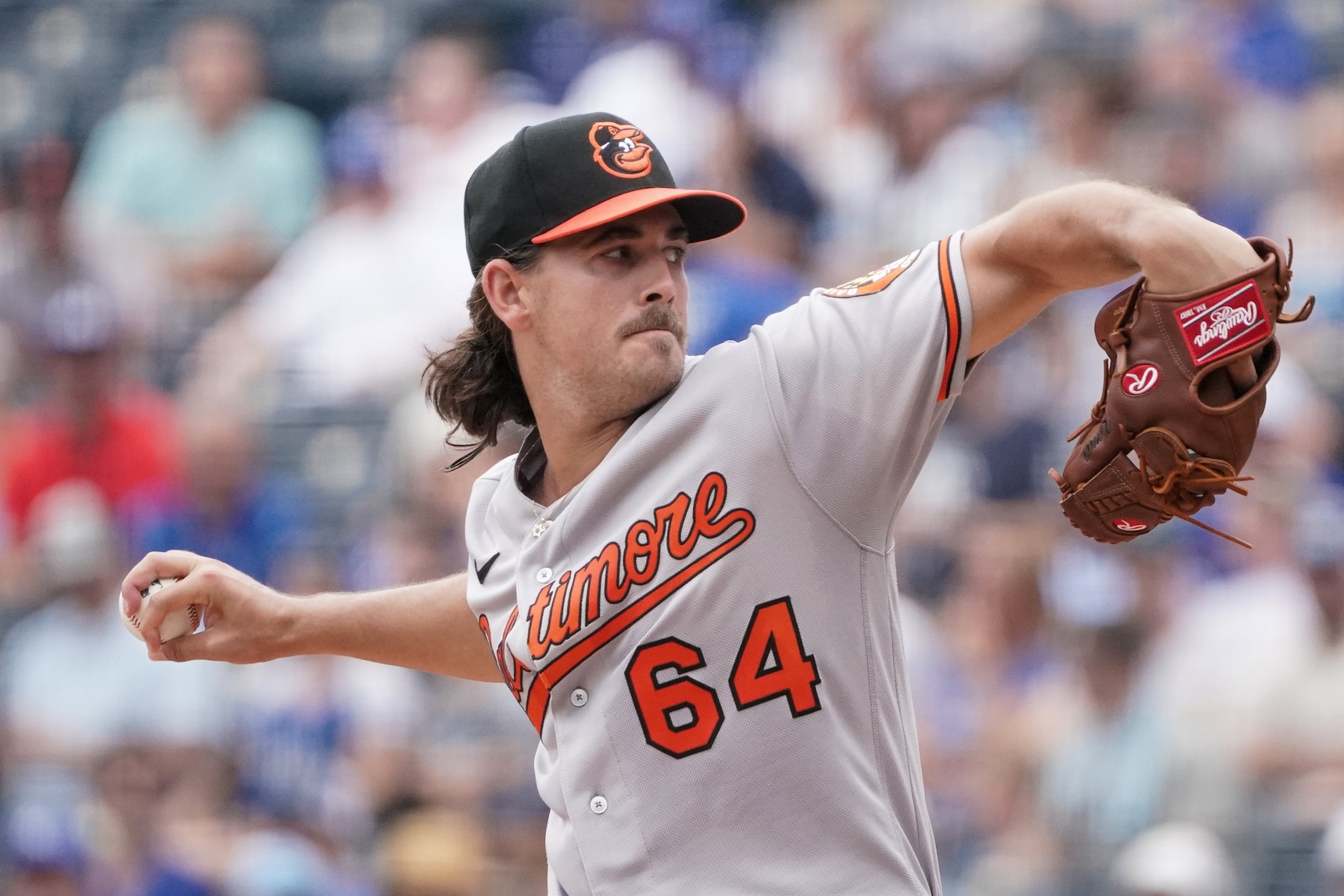 Kremer (1-1) allowed two runs, one unearned, in five-plus innings. He gave up four hits, walked two and struck out two. Had it not been for a throwing error by shortstop Richie Martin on a potential double play ball that led to three Kansas City runs, Kremer might have gotten through six. Orioles manager Brandon Hyde said he was “really impressed” with Kremer.

The Orioles took leads of 7-0 and 10-3 before holding on for the 10-7 victory. Hyde wasn’t happy with the defense, citing two double play balls that were mishandled. He was happy with an offense that totaled 15 hits. Cedric Mullins had four hits, Austin Hays and Martin had three — two of Martin’s were triples — and Anthony Santander, Ryan Mountcastle and Rougned Odor hit home runs.

It’s the second straight game won by an Oriole starter. That’s the first time that has happened since Bruce Zimmermann, Tyler Wells and Kyle Bradish won on May 8-10th. The first two of those wins also came against the Royals.

The Orioles (26-35) won consecutive games for the first time May 22nd-23rd and split a four-game series with the Royals.

On Saturday, Tyler Wells worked six innings in a 6-4 win in Kansas City.

The wins from Wells and Kremer were vital after Oriole starters were scuffling.

With John Means out for the season after Tommy John surgery, Jordan Lyles assumed the top starting role. While the Orioles hoped that top pitching prospect Grayson Rodriguez would join the rotation, his lat strain is expected to keep him out until at least September.

After Lyles beat the New York Yankees on May 23rd, allowing three earned runs in 6 2/3 innings, his ERA was 4.10. After he allowed six runs, matching a season high, in five innings on Thursday night against the Royals, Lyle’s ERA had risen to 4.97.

Zimmermann had a 2.67 ERA after six starts. He allowed only one home run in those starts. In the six starts since then, Zimmermann has allowed 14 home runs, and his ERA has more than doubled to 5.52.

The Orioles hope that Kremer, whose 2021 was disastrous with an 0-7 record and 7.55 ERA, can realize the promise he showed in September 2020.

It’s expected that DL Hall, another top prospect who is pitching well at Triple-A Norfolk, soon will be joining the Orioles.

There’s also Spenser Watkins, who had a 6.00 ERA in eight starts. In his eighth start on May 22nd, he was forced to leave the game against Tampa Bay when Ji-Man Choi, the third batter of the game, lined a ball off his elbow. After his stint on the 15-day injured list, Watkins was optioned to Triple-A Norfolk. In his first start on Saturday, he allowed one hit in three scoreless innings.

Zac Lowther is just 1-4 with an 8.33 ERA in nine games with the Tides. Denyi Reyes, who has allowed two runs in 7 2/3 innings in three outings with the Orioles, has a 7.54 ERA in six games for Norfolk. Cody Sedlock, the Orioles’ top draft choice in 2016 who finally received a major league chance on May 29th, gave up five runs on six hits in three-plus innings and was outrighted to Norfolk on June 10th.

The lack of depth was one of the reasons the Orioles signed Matt Harvey to a minor league contract. Harvey’s 60-game suspension for distribution of a banned substance ends near the end of this month. He’ll have to pitch in some minor league games before he’s ready for the majors. Harvey led the Orioles in starts last season with 28, but was 6-14 with a 6.27 ERA.

The Orioles could add another starting candidate through a trade or waivers, but more success by Kremer could make a difference.

Notes: Hyde told reporters in Kansas City that outfielder Kyle Stowers will be on the taxi squad for the four-game series in Toronto that begins on Monday night. Catcher Anthony Bemboom and pitchers Mike Baumann and Rico Garcia also be on the taxi squad. … Hyde said he would reveal the players who’ll be placed on the restricted list for the series on Monday. Players who are not vaccinated for Covid-19 are ineligible to play in Toronto. … Kyle Bradish (1-3, 6.45) will face Alex Manoah (7-1, 1.81) on Monday night. Jordan Lyles (3-5, 4.97), Bruce Zimmermann (2-5, 5.52) and Tyler Wells (3-4, 4.86) will face Yusei Kukichi (2-2, 4.44), Jose Berrios (5-2, 4.73) and Kevin Gausman (5-5, 2.67) on Tuesday, Wednesday and Thursday. Thursday’s game begins at 3:07 p.m. … Infielder Chris Owings has been placed on unconditional release waivers.