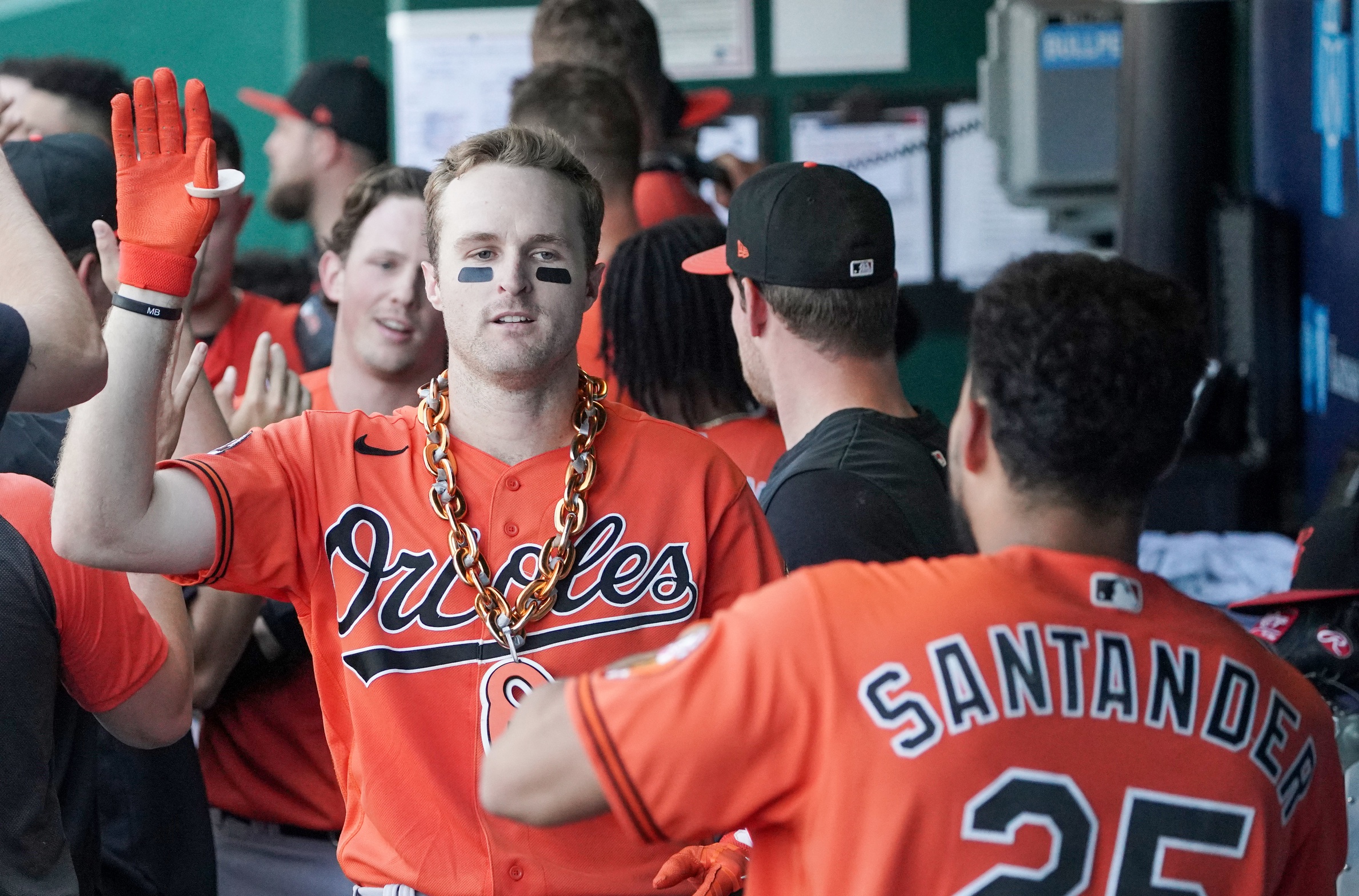 KANSAS CITY—Oriole starters had been in a rut, and Tyler Wells, a Rule 5 pick who surprised in relief last season, wanted to get them out of it. Ever since Wells threw six scoreless innings, allowing just two hits, on May 30th in a 10-0 win at Boston, Oriole starters hadn’t won a game or recorded a quality start.

On Saturday, Wells did both, allowing three runs on five hits in six innings. He held off the Royals after they had jumped out to a 3-0 lead, and the Orioles scored six unanswered runs in a 6-4 win over the Kansas City Royals before an announced crowd of 15,134 at Kauffman Stadium.

It was the third quality start for Wells (3-4), and he’s won each of them. It took a while for the offense to support him, but the Orioles (25-35) scored six runs from the fifth inning on in a game that was encouraging on a number of fronts.

“It certainly felt good to be able to go deep into a game, give the bullpen a break,” Wells said. “I didn’t feel like I had my best stuff, best control, but I was able to keep us in the game, give us some length.”

Third baseman Tyler Nevin, who is trying to establish himself as a major league player at 25, had the biggest hit, a three-run home run in the sixth that put the Orioles ahead, 4-3. Catcher Adley Rutschman, who was the designated hitter, began the game with a .153 average and had his first three-hit game, raising his average to .190. Richie Martin, another Oriole Rule 5 pick who was called up from Norfolk to replace the injured Ramón Urías, had a hit and made an athletic play at second to end the game.

“Every day’s a learning experience, and the more days you’re in the big leagues, the more you learn about yourself, about the pitchers and what guys are trying to do to you,” Rutschman said. “It definitely gets a little better as you go.

“What adjustments do I need to make at the plate? Am I getting sped up on my timing? Is it kind of being in the big leagues that’s beating me up or is it something in my swing? Those are tough questions to answer so you just try to learn as you go.”

“He hit four balls right on the screws,” Hyde said. “He had some big hits for us. It was just a matter of time. I’m sure it was a big relief … having a game like he had today.”

Whit Merrifield led off the first with a single and advanced to second on a fly to center by Andrew Benintendi. Merrifield scored on a double by Salvador Perez.

Kansas City took a 3-0 lead when Michael A. Taylor bunted for a base hit with one out in the fourth. Taylor scored on a triple to right by Kyle Isbel after Ryan Mountcastle lost a foul popup by Isbel in the sun. Emmanuel Rivera lined a hit past shortstop Jorge Mateo with the infield playing in.

In the top of the fifth, Mateo walked with one out against Daniel Lynch (2-6) and moved to second on a single by Martin. Mateo scored on a single by Cedric Mullins to right, but Martin was tagged out in a rundown between third and home.

Ryan Mountcastle’s one-out infield single in the sixth was followed by a single by Rutschman. Nevin followed with a three-run home run to center, his second, and the Orioles took a 4-3 lead.

“I think we just locked it in,” Nevin said. “We might have come out a little flat, picked up the intensity in that inning for sure.”

Mullins walked with one out against Jose Cuas in the seventh. He stole second and advanced to third on a wild throw, scoring on a two-strike single by Austin Hays for a 5-3 lead.

Rutschman doubled with one out in the eighth, moved to third on a fly ball to right by Nevin and scored on a wild pitch by Dylan Coleman to pad the Orioles’ lead to 6-3.

Rutschman also doubled with two outs in the fourth. A sprawling play by Benintendi in left on a liner by Nevin kept Rutschman from scoring.

Félix Bautista and Cionel Pérez combined for a scoreless seventh.

Perez, MJ Melendez and Hunter Dozier began the eighth with singles to load the bases against Dillon Tate. Taylor’s sacrifice fly to left scored Perez, but Kyle Isbel grounded to Mateo, who stepped on second to force Dozier and threw to first to complete the double play.

Jorge López pitched a scoreless ninth for his eighth save.