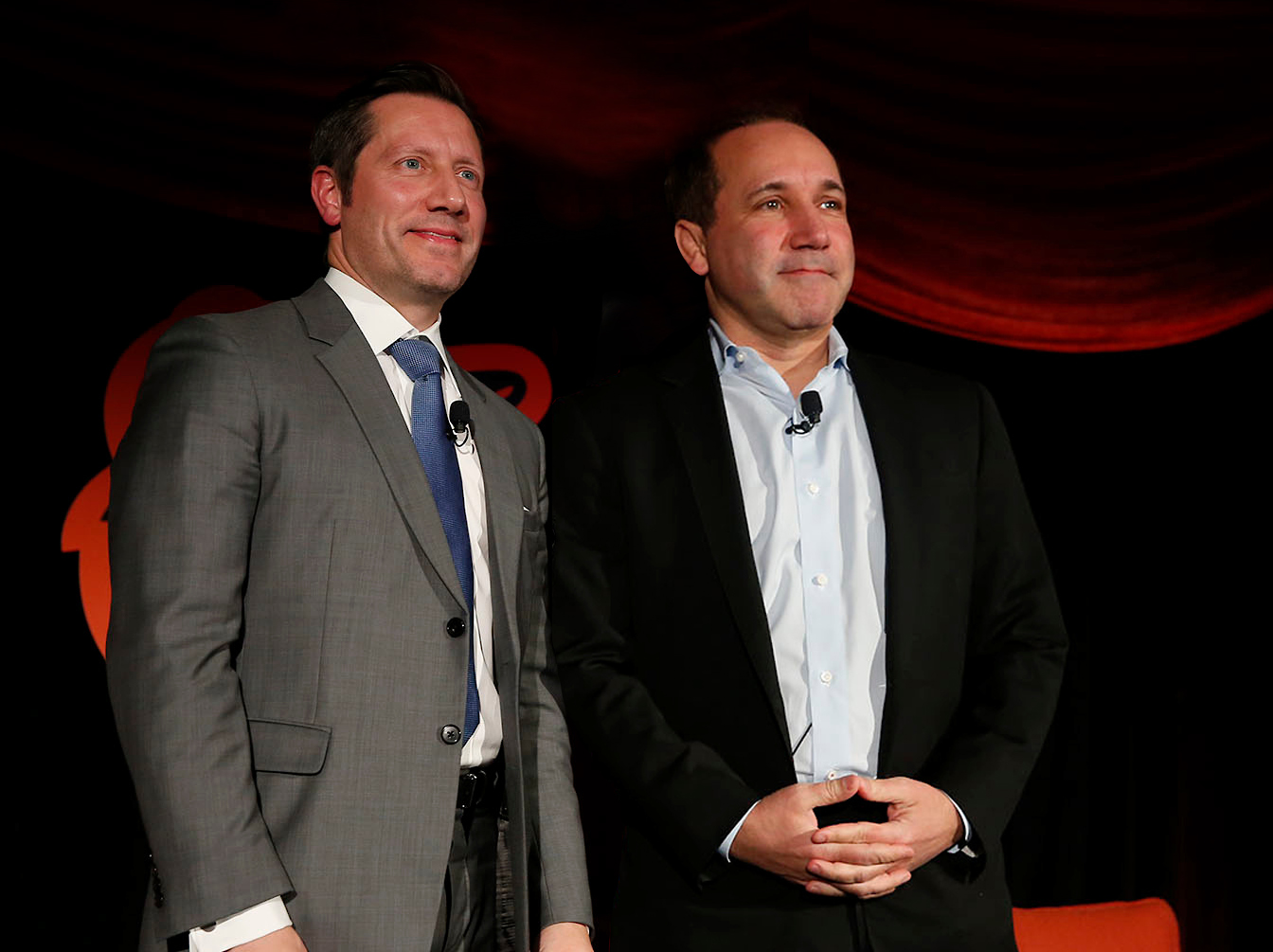 For decades, patriarch Peter G. Angelos presided over one of the most prominent Greek families in America. Now, one of the great rags-to-riches success stories is beginning to look more like a Greek tragedy.

When news broke on Thursday that son Louis Angelos had filed a lawsuit against his older brother John and his mother, Georgia Angelos — charging that John has moved to take control of the massive family trust of which both sons are co-trustees  — it shattered the long-standing image of an insular family that regularly stood united against any perceived enemy.

And there have been many, which is not surprising considering that the Angelos business empire included the Orioles, a huge law firm that made hundreds of millions from class-action settlements and – according to the lawsuit — $90 million in real estate holdings.

The brothers were on the same page as they fought along with their father against Major League Baseball’s attempt to change the terms of the deal that allowed the Montreal Expos to move to Washington in exchange for a greater portion of the shared profits from the Mid-Atlantic Sports Network. That legal fight is ongoing.

Louis Angelos, in particular, has always been extremely protective of the image of his outspoken dad, who never shied away from controversy and was frequently the target of media criticism for both his controversial public outbursts and the way he ran his oft-struggling baseball franchise.

I found that out first-hand during the years I was the Baltimore Sun’s national baseball writer and designated Peter Angelos beat reporter from 1994 through 2004. My relationship with him was largely positive, but when I focused on the failings of the team and its ownership, I not only invoked the wrath of the father but also occasionally got an earful from the younger son.

Fair enough. Louis was passionate about his father’s contributions to the city of Baltimore, and I got the full measure of it when I was included in the delegation that traveled to Cuba in January of 1999 to organize the historic goodwill series between the Orioles and a team of Cuban all-stars. During dinner one night in Havana, he spent a big chunk of the evening lecturing me on the unfair treatment his father regularly got from me and my media colleagues.

From my regular conversations with Peter Angelos back then, it was obvious that he intended for his sons to carry on his legacy and seemed to be grooming John to run the baseball operation, but there were times during John’s early incarnations as a club executive when he seemed reluctant to go all in and others when he was nowhere to be found.

So, I was not surprised to read in accounts of the lawsuit that it was Louis who appeared to be trying to carry out his ailing father’s wishes. Whether the charges in the filing are true will be determined in court, but the suit has opened a window into the dealings of the team over the past five years and there could be more revelations forthcoming.

Rumors have been circulating since 2019 that the Orioles might be sold and the suit reportedly alleges that John Angelos blocked an attempt by a credible group to make an offer for the team. There’s little doubt that there would strong interest if the club was put up for bids, but scant logic to completing a sale while Peter Angelos is still alive.

Under current tax law, the family would be subject to a huge capital gains hit, since Angelos paid $173 million for the team and it is now valued at more than $1.3 billion. If the team is sold after Angelos passes, the cost basis steps up to the actual value of the asset at the time of death.

There’s nothing unusual about a wealthy family squabbling over an estate, but it’s newsworthy when that family is one of the richest and most powerful in the Mid-Atlantic region. And when the lawsuit reveals micro issues like the alleged reason why former O’s star and club VP Brady Anderson was quietly fired, it’s going to pique the interest of Oriole fans.

That said, don’t expect it to have much of an impact on the management of the team going forward. John Angelos is the controlling partner as designated by Major League Baseball, so he will remain in charge of the ballclub and Louis Angelos will continue to run the law firm until this latest legal drama plays out.

Just a hunch, but I’m guessing it won’t play out very long. Neither son is particularly comfortable in the media spotlight, so they’ll probably take this back behind closed doors and work something out.