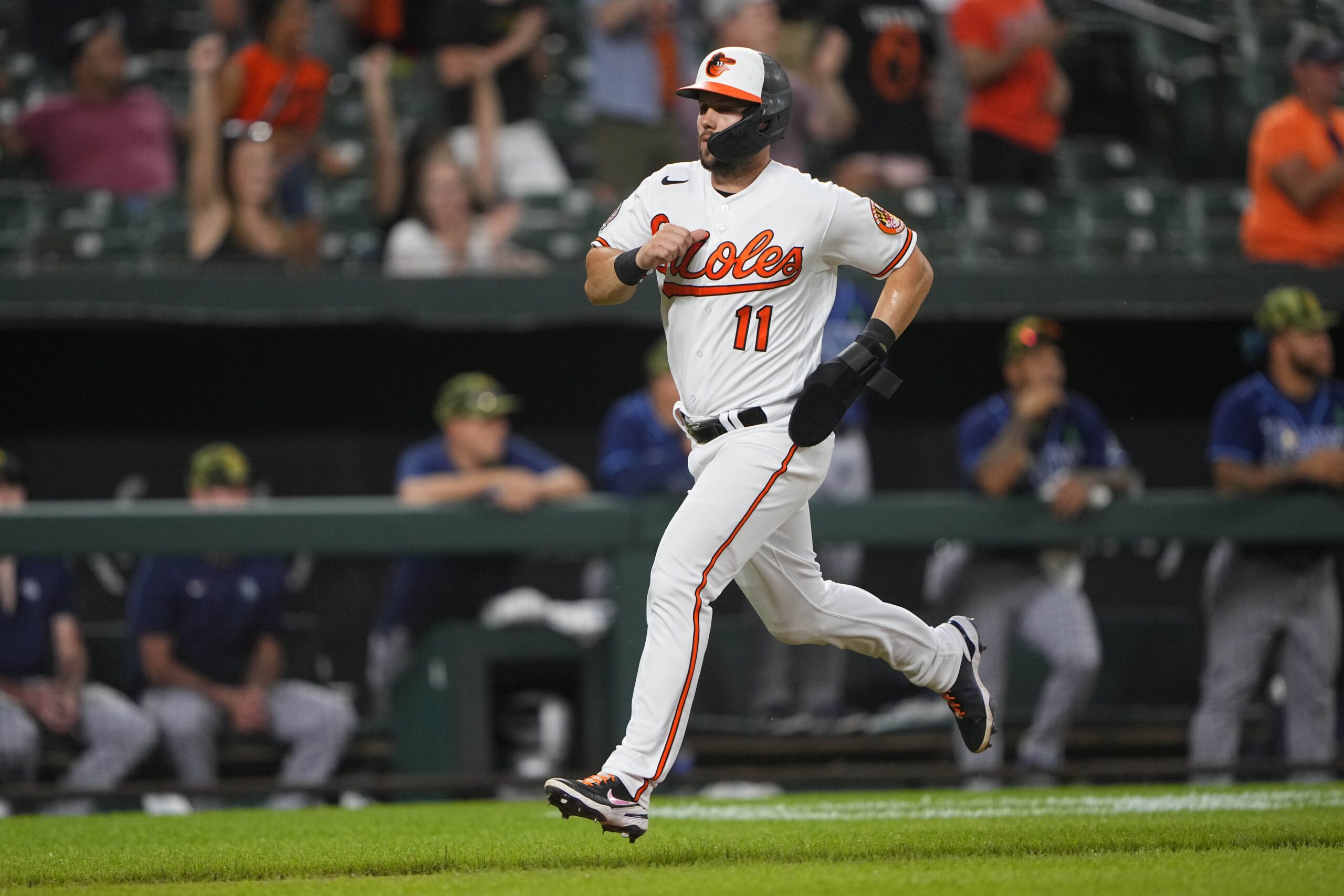 Owings, who missed the weekend series with Cleveland because he was on the bereavement list, was just 6-for-56 (.107) in 26 games. He did not have an RBI.

The 30-year-old, who was signed to a minor league contract on March 15th, had been just 1-for-25 since May 14th, but Orioles manager Brandon Hyde said it was still tough to let him go.

“That was a tough morning,” Hyde said. “There was a lot of value to what Chris was doing here, even though he wasn’t hitting much and had some offensive struggles. He was one of our only veteran guys. What he brought to our young players in meetings and in the clubhouse and in the dugout is invaluable.

“He was a really good leader and a great guy, and he was open to share. Tough to see him go. He also adds versatility and he added a guy you could run with off the bench, and a guy who could shore up some spots off the bench … These are tough decisions to me, but fortunately we’re starting to get more talented, and we’re starting to get some younger players here. That’s what happens sometimes.”

Owings played second base, shortstop, third base and left field and pitched the ninth inning of the Orioles’ 10-0 loss to Seattle on May 31st, allowing a run on two hits.

The designation of Owings leaves 39 players on the 40-man roster.

Voth reported to the team and was added to the active roster on Wednesday, but Hyde said he doesn’t plan to use him immediately.

“We just discussed where he’s at physically right now,” Hyde said. Voth last appeared in a game for the Washington Nationals on May 30th.

“He’s going to slide right into our bullpen when he’s ready in the next day or two,” Hyde said. “Then he’ll be able to come into the game, but right now … we’re going to give him a day or two to get acclimated.”

The Orioles reinstated right-handed pitcher Spenser Watkins from the 15-day injured list and optioned him to Triple-A Norfolk. Watkins was on the injured list because of a bruised right elbow. He was injured on May 22nd when Tampa Bay’s Ji-Man Choi lined a ball off the elbow, forcing him out of the game.

Vaccination question: The Orioles leave after Wednesday night’s game for a four-game series in Kansas City and another one in Toronto. Players who are not vaccinated for Covid-19 can’t play in Toronto. Those players would be placed on the restricted list and not be paid or receive service time for games missed. The Orioles would be able to replace those players

Hyde declined to discuss the situation in detail.

“I think it’s possible [some players will land on the restricted list],” he said. “I’ll just kind of end it at that. Right now, I can’t disclose.”

He said the team had an idea of how many players would be ineligible.