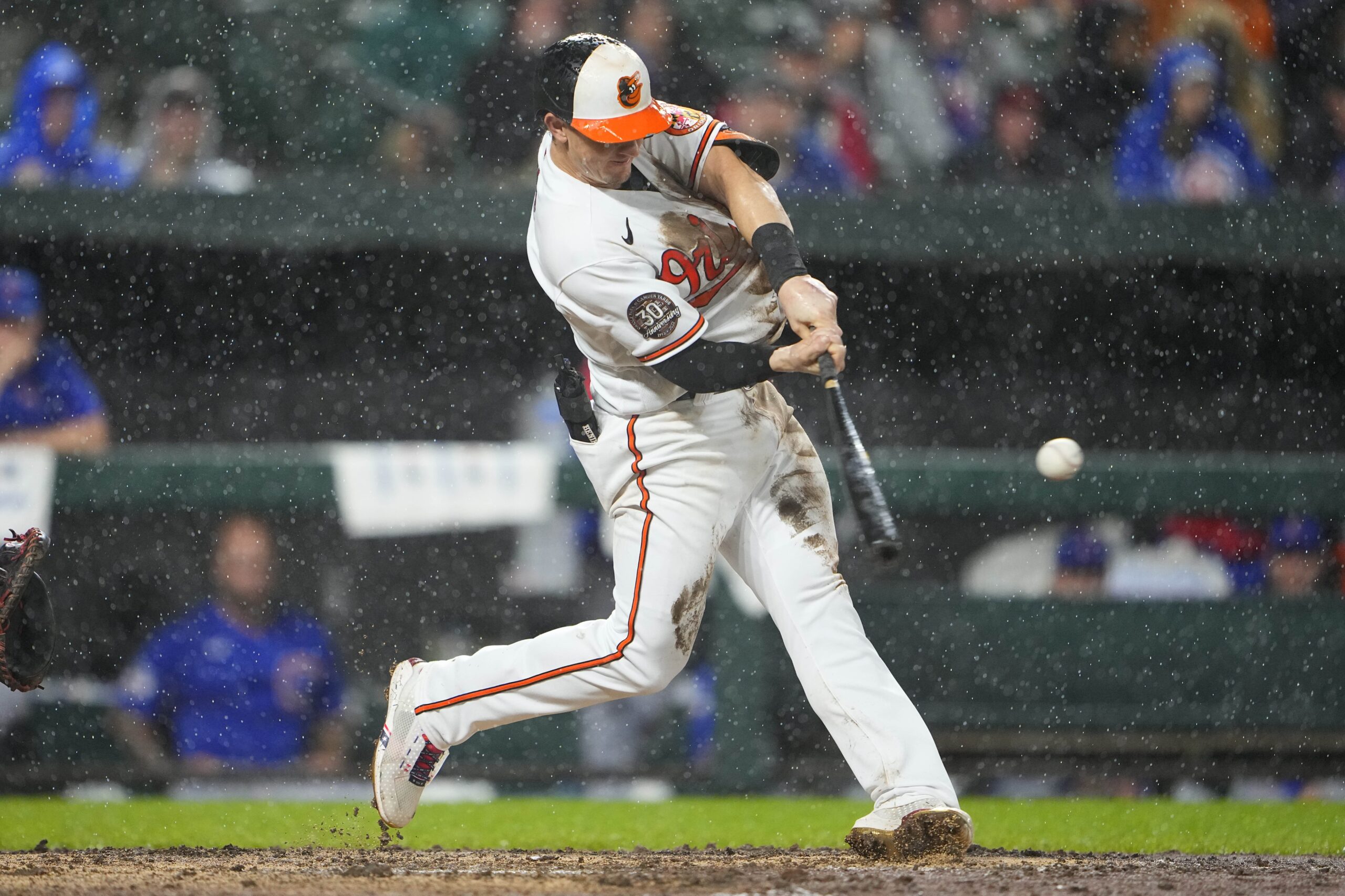 BALTIMORE—For the first several weeks of the 2022 season, the new dimensions in left field — nearly 30 feet deeper and 6 feet higher — had an impact on Orioles game. Balls that would have been home runs in previous years were staying in the park.

Lately, though, the Orioles and their opponents have been talking about the wall less and tagging the ball over it more.

On Tuesday night, the Orioles slammed five home runs, including one by Austin Hays that landed in the second deck in left, just the seventh in the 30-year history of Oriole Park at Camden Yards.

Those five homers, which equaled a season high, propelled the Orioles to 9-3 win over the Chicago Cubs before an announced crowd of 11,509.

“I think we noticed it in the Seattle series [last week]. I felt like balls were carrying a little bit more,” Orioles manager Brandon Hyde said. “I thought the ball was really carrying tonight.”

Kyle Bradish’s first pitch was hit for a home run by the Cubs’ Christopher Morel. Orioles leadoff hitter Cedric Mullins matched that with a homer against Keegan Thompson (6-1). Mullins’ home run landed on the right field flag court, his sixth. A year ago, Mullins became the first Oriole to hit 30 home runs and steal 30 bases in the same season.

“That was his best swing in a long time,” Hyde said. “I think it’s unrealistic to repeat a 30-30. It’s hard enough to do it once. Ced’s probably putting too much pressure on himself.”

Trey Mancini followed Mullins’ homer with his sixth, hammering it into the Orioles’ bullpen.

It was the first time the Orioles and their opponents hit leadoff home runs since August 16th, 2016 when George Springer (Houston) and Adam Jones did it.

It was also the first time the first two Orioles batters homered in a game since Seth Smith and Manny Machado did it in Minnesota on July 7th, 2017.

Jorge Mateo, Hays and Ramón Urías each homered. Mateo’s fourth and Urías’ sixth were both to left-center field. Hays’ seventh home run made him the fourth Oriole to reach the second deck.

“I didn’t even know it went in the second deck until they told me when I was in the dugout,” Hays said. “I’ve never sniffed the second deck before. I don’t know if there was a gust of wind or what happened, but all the stars aligned for me to get one up there.”

Statcast measured his home run at 464 feet, his longest of the season, and the longest by an Oriole.

Bradish labored through 4 2/3 innings, and Hyde allowed him to throw a career-high 105 pitches. He was removed after his fifth walk to Patrick Wisdom.

“When you’re up by [six], I feel the need to get deeper into the game to save the bullpen for those closer games,” Bradish said.

He struck out five and allowed two runs on four hits.

Willson Contreras led off the fifth with his 10th home run to left-center field.

The Orioles (24-33) also scored two runs in the third on an RBI double by Hays and a sacrifice fly to right by Ryan Mountcastle.

Adley Rutschman broke an 0-for-20 streak with a bloop single to right in the eighth. He had grounded out twice and popped to third in his first three at-bats.

Starter Zach Peek allowed a run on three hits in four innings. Peek struck out six and walked one. Connor Loeprich pitched four scoreless innings for his first save. He struck out four.

Daniel Federman, who was just promoted from Single-A Delmarva, struck out nine in four scoreless innings, allowing just two hits, for his first save.

Triple-A Norfolk’s game at Nashville was rained out. The Tides and Sounds will play a doubleheader on Thursday.