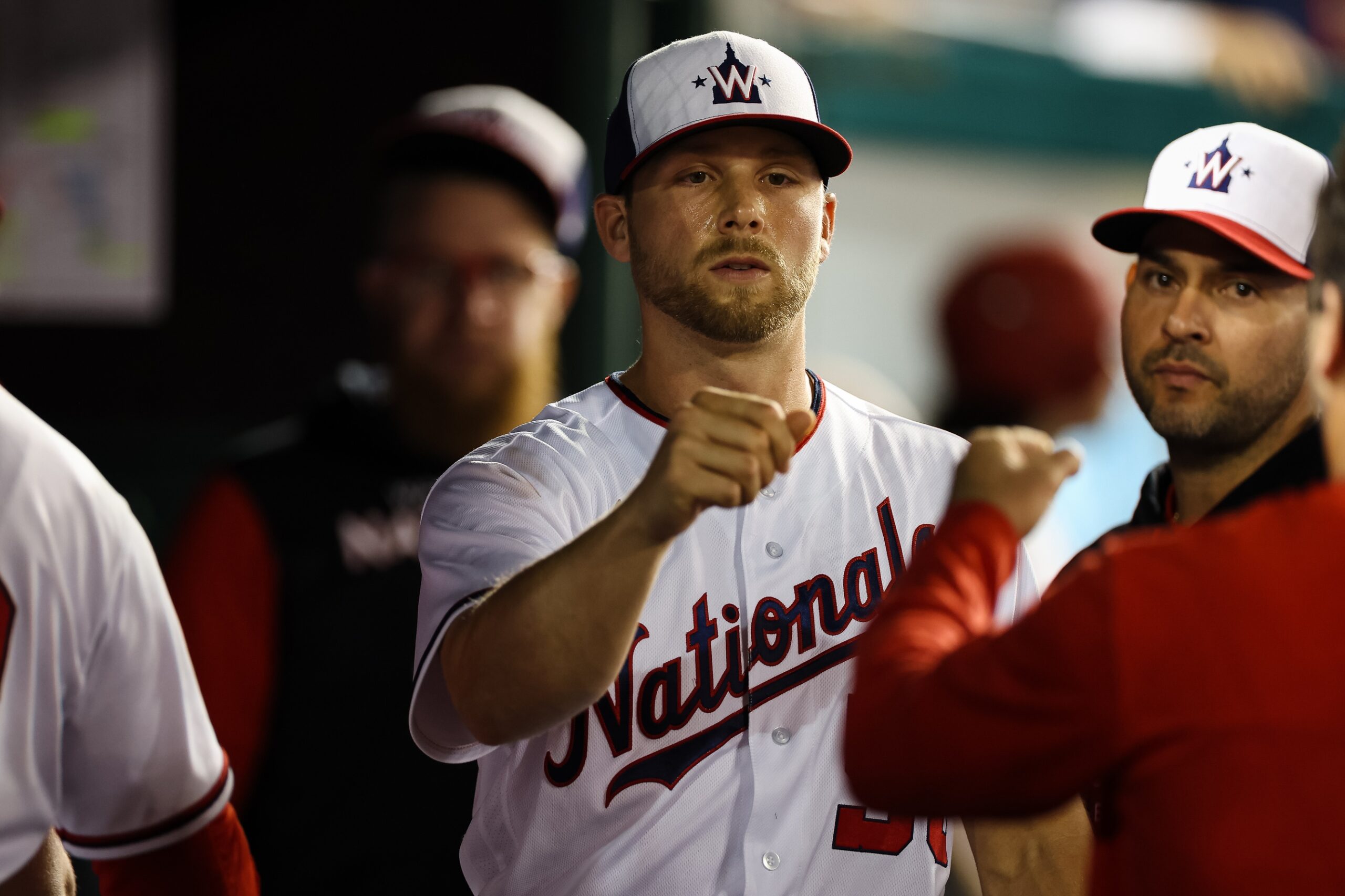 BALTIMORE—The Orioles claimed pitcher Austin Voth off waivers from the Washington Nationals on Tuesday. The 29-year-old right-hander had a 10.19 ERA in 19 games with the Nationals this season. In five seasons with Washington, Voth was 9-8 with a 5.70 ERA.

Voth had some success against the Orioles. He was 1-0 with a 2.57 ERA in four games, two starts, against them.

“It’s a guy that’s given innings out of the ‘pen in his career, a spot starter at times,” Orioles manager Brandon Hyde said. “I think you’re always looking for starting pitching right now. We’ll bring him here. We’ll see what he can do. Hopefully, he can give us some length out of the bullpen to start off with.”

Voth’s acquisition wasn’t announced until 3 p.m., and he won’t report until Wednesday.

“As of right now, I’m not considering putting Keegan in the rotation,” Hyde said. “I’d still like to use him in the role that he’s been in. That could obviously change with injuries or things that are going to happen … I would prefer to keep him where he is right now just because he’s pitching so well in that role.

“I think adding another guy that can give you innings out of the bullpen is a real positive. Now you have two, a left-handed and right-handed long man. That’s extremely beneficial. There’s a lot of games where Keegan’s not available. If I’ve thrown him two, two-plus innings and he’s down for a couple of days.

“There are a lot of times where I haven’t had a long man during those days. We’re going to need innings. Pitching is at a premium right now and somebody that can give us major league innings out of the ‘pen or in the rotation is going to be really key for us until the end of the year.’

To make room for Voth on the 40-man roster, the Orioles designated right-hander Cody Sedlock for assignment. Sedlock, the Orioles’ first-round draft pick in 2016, made his major league debut at Fenway Park on May 29th and allowed five runs on six hits in three innings.

Infielder Chris Owings was reinstated from the bereavement list.

Watkins update: Right-handed starting pitcher Spenser Watkins was eligible to come off the 15-day injured list on Tuesday, but no move was made.

“Spenser threw a bullpen today,” Hyde said. “He just finished a little while ago. We’re going to see how he feels post-bullpen. I haven’t talked to him yet. He’s getting a post-bullpen workout in now. We’re going to reassess here in the next day or two, see if he needs another side, possibly face hitters. We’ll see.”

Hyde faces Cubs: For the first time since becoming Orioles manager in December 2018, Hyde will be facing the Chicago Cubs on Tuesday night. Hyde worked for the Cubs for seven years, the last six as a coach.

“The team is way different than it was when I was there,” Hyde said. “I still have a lot of close friends and [manager David Ross] is a good friend and Tommy Hottovy, the pitching coach, is a really close friend.

“It’s going to be nice to see some familiar faces. Definitely a little strange to see the Cubs’ uniform.”

A handful of players on the 2022 Cubs were there when Hyde coached — outfielders Ian Happ and Jason Heyward, catcher Wilson Contreras and pitcher Kyle Hendricks. Orioles reliever Mychal Givens, whom Hyde managed in 2019 and 2020, is also with the Cubs.

“I spent seven pretty magical years there,” Hyde said. “The last four were postseason years, so I have a lot of close ties. A lot of family friends live there, too.

“It still feels pretty recent. These last few years have kind of flown by a little bit. I have such great memories about my time there that I think it’s pretty fresh.”

Hyde was stunned to learn that Joe Maddon, whom he coached under from 2015-2018, was fired by the Los Angeles Angels on Tuesday. The Angels have lost 12 in a row. They named Phil Nevin, the father of Tyler Nevin, interim manager.

Hyde heard the news about Maddon just before his media session.

“I’m very disappointed. I’m very close with Joe,” Hyde said. “I need a little time to think about that one.”

Call for questions: I’ll be answering Orioles questions in the coming days. Please email them to: [email protected].